We’ve seen many incredible roller skating titles be broken in the history of Guinness World Records, but few can skate backwards, doing a 100 m sprint, while wearing a pair of high heels.

For most, skating a 100 m forwards as quickly as possible can prove to be rather terrifying - but this long time performer showed no fear as she conquered this feat backwards In a span of 21.52 seconds.

Bianca has a background in figure skating which lent itself to her record attempt. Prior to going after the record, she drew inspiration from her childhood idols, her mother and her coach.

“I’ve always admired my mom and my figure skating coach Hannah who helped with the stiletto skates balance. I am a circus aerialist and inline stiletto skater. I love performing and being able to bring joy to people while hopefully inspiring them and showing that anything is possible if you put your mind to it.”

To best succeed, Bianca needed to practice weekly in order to perfect her movements as well as her speed.

She searched for the ideal terrain to attempt her title, including making sure the track she would be skating on had as little friction as possible.

While many might think skating backwards was the challenging component for the aerialist, it was actually the easiest. 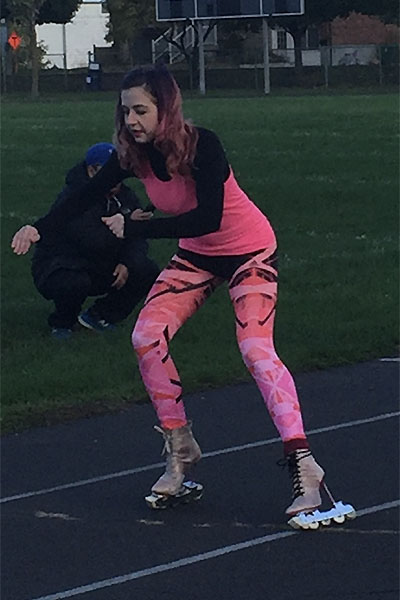 In fact, Bianca always felt like she had more control over her movements while skating backwards!

As she mastered going backwards with regular inline skates, she then began to practice using her high-heeled skates, which had a heel of over five inches.

Although logistics played a big hand in the triumph of her attempt, nothing motivated Bianca more than her underlying reason for record breaking - which went well beyond checking an item off a bucket list.

“I’ve always striven in life to be a strong inspiration woman. And what I’ve always wanted to do was to combine my feminine side (the high heel), with my strength – which was skating. And I always want to create and portray the balance of having strength, and not having to let go of your feminine side.” 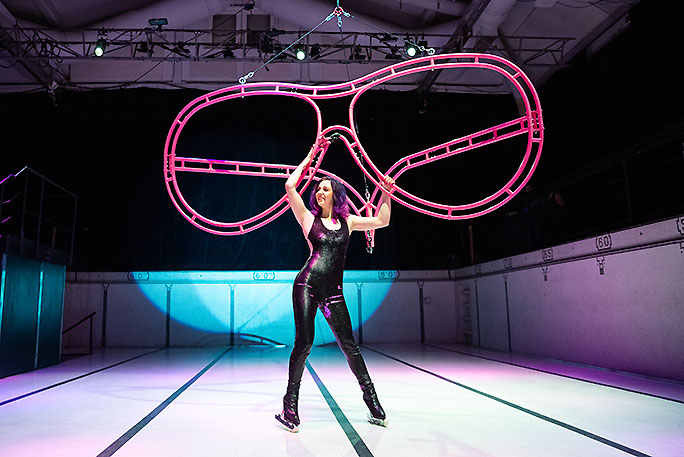 Now the official title holder and ambitious athlete has plans to break more records, and this time she has no intention of looking back, but instead pushing forward.

She hopes to break the title fastest 100 m on high-heeled inline skates looking ahead to the finish line.

Bianca above all loves performing and hopes to pass all she has learned from her experiences down to her students.

“My figure skating coaches have taught me so much and have taught me to push myself beyond own limits. When I thought I couldn’t jump and I couldn’t do that spin, they always pushed me to not quit and go for what I wanted. And that’s what I try to do as well as a coach, and that’s what I love teaching skaters. That even if you fall, you get back up, and you try again.”