While the definition of speedrunning is very simple, it represents a massive and very dedicated community of gamers.

To many, getting to the end of a videogame and beating the final boss is a great accomplishment. The payoff for many hours of learning mechanics, engaging with a story and its characters and testing one’s twitch reactions.

But a speedrunner takes it a step further.

Simply beating the game not being enough. The true accomplishment coming from not simply getting to the end, but to do it at speeds no one – not even the videogame developers – thought possible.

Guinness World Records wants to recognise some of these astonishing feats of skill and patience.

Right now, you can watch an interview with Norwegian gamer Torje Amundsen on our YouTube channel, who beat The Legend of Zelda: Ocarina of Time in 16 minutes 58.366 seconds.

It can be hypnotic to see someone play a game with such precision. You begin to appreciate that the players every action has been rigorously tested to ensure it is the most efficient.

Like a racing driver finding the perfect racing line of a track. There are even points when the player breaks the game.

During Torje’s record breaking Ocarina run, you will see Link breach through a dungeon wall, so that he looks like he is falling though parts of the game that were never meant to be seen, into a weird nothingness.

But then miraculously, Link will land at the end of the game, right at Ganon’s feet. It would have taken players uncountable hours of experimentation, pushing Link against every wall and joint in every conceivable way, just to find that one glitch. But in the end, discovering these short cuts is what a speedrunner lives for. 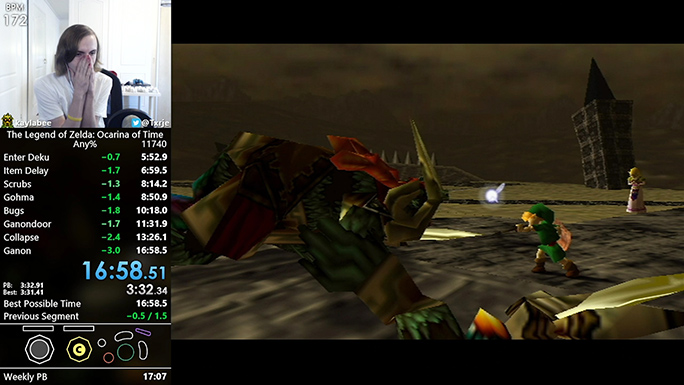 We will be featuring more speedruns on our YouTube channel in the coming weeks, so watch out for them. Here’s a hint for the next one: It’s for a game originally released in 1985 and its hero’s likes to dress himself in red.

The great thing about speedrunning is that each videogame has a different story. Every game has its own community of players who have spent hundreds of hours finding glitches that allow them to skip entire levels or developing new movement techniques to move faster though them.

Competition is intense but not nasty.

Speedrunners delight in sharing information about how to improve times. If you are just staring out, a master will tell you to watch others and learn from them. The enthusiastic and nurturing community is one of the reasons speedrunning is so popular.

Popular website Speedrun.com is the place where these gamers gather. If there is a game you’ve played and beaten in 8-10 hours, there is a high probability that Speedrun.com has a leaderboard for it, with someone at the top who’s beaten it in 20 minutes or less.

Guinness World Records is partnering with Speedrun.com to acknowledge some of the world’s most exceptional players.

We also have some great things in the works for bringing a Guinness World Records twist to these high-speed challenges, so be ready for even more speedy videogame record action. 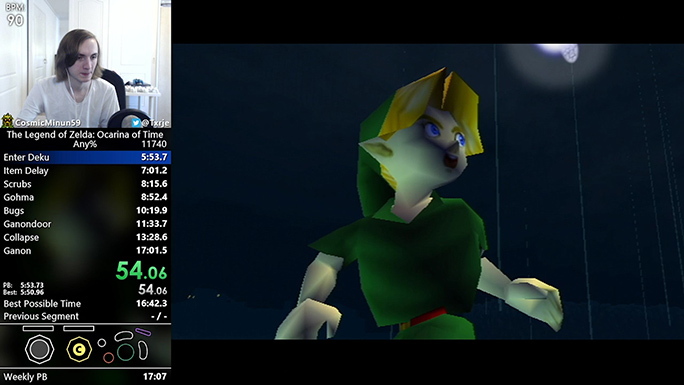