The animal from which great whites flee: 5 killer records held by orcas

Despite its common name, the largest dolphin is the killer whale, or orca. Males usually grow to a maximum of around 8 m (26 ft), with females peaking at 7 m (23 ft).

Their fearsome common name was originally "whale killers", inspired by awed sailors' reports of the orcas' ferocious attacks on larger cetaceans. Even the word "orca" has negative connotations – it comes from the Roman name for the god of the underworld, Orcus. The first scientific description of an orca was by Swiss naturalist Conrad Gesner in 1558, within the fish volume of his classic multi-book animal encyclopaedia Historiae Animalium (1551–58). This was based upon a dead specimen that had been discovered in the Bay of Greifswald, off Germany in the south-west Baltic Sea.

The largest individual killer whale ever recorded was a male that measured 9.8 m (32 ft 1 in) from head to tail and weighed more than 10 tonnes (22,050 lb) – nearly as heavy as two fully grown African elephants! Adult male orcas usually weigh more than 6 tonnes (13,230 lb) – hefty, but considerably lighter than this super-sized specimen.

Among all cetaceans, the species also boasts the tallest dorsal fin, at around 1.8 m (5 ft 11 in) – the same height of the average adult man. (The orca’s German common name – Schwertwal, or "sword whale" – derives from the fin’s appearance.) Orcas have slight variations in their dorsals, which offers one way of identifying individuals. Another is provided by the whitish-grey area just behind this fin. Known as the "saddle patch", each one is unique to its owner. 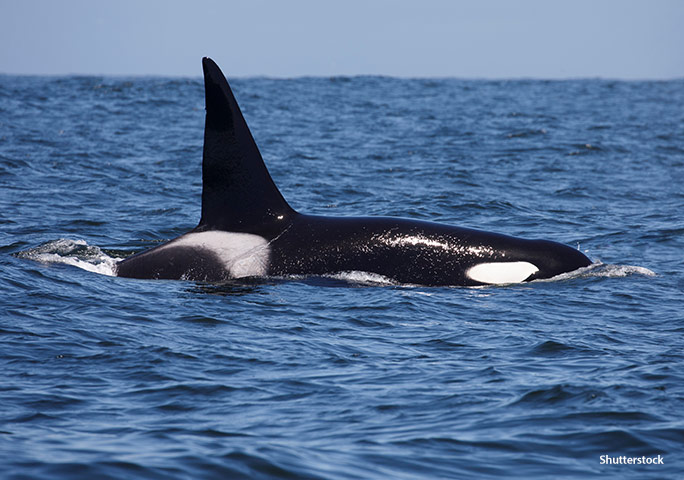 The animal's distinctive black-and-white appearance provides effective camouflage in the water, making it less visible both from above and below. What's more, the patchy pattern breaks up the overall appearance of the orca, disguising its full size and making it appear deceptively less threatening to prey.

Killer whales have approximately 50 conical, interlocking teeth, each of which grows to around 10 cm (4 in) long – almost double the size of great white sharks' gnashers. The orcas use them to rip into the bodies of larger prey, although their mouths are large enough to swallow smaller victims – such as seals and sea lions – whole. 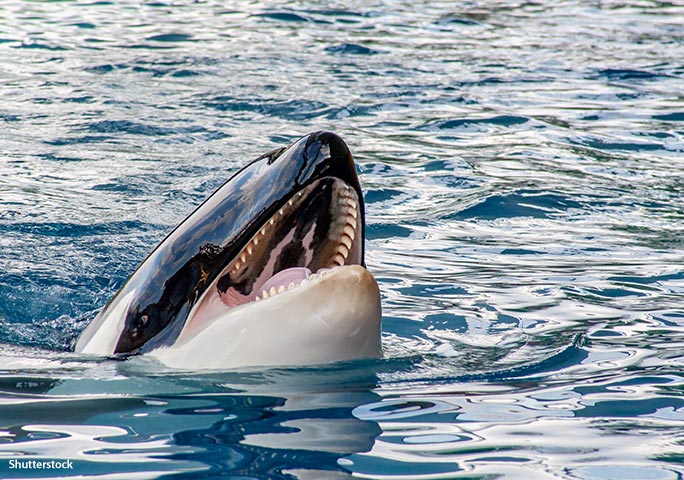 As well as the power imbued by their considerable weight, orcas have speed on their side. In fact, they're the fastest marine mammal, capable of reaching 55.5 km/h (34.5 mph). For context, that's around the same as a galloping horse on land.

Killer whales are found in oceans worldwide, from the poles to the tropics. Currently the largest population of orcas – some 25–27,000 individuals strong – resides in the cold, clear waters around Antarctica.

With no natural predators (only humans hunt them), they sit comfortably at the top of the oceanic food chain. Orcas feed on a wide range of prey, including squid and octopuses, seals, penguins, sea birds and even great white sharks (the largest predatory fish), consuming some 250 kg (550 lb) of food daily.

On the hunt, these highly intelligent animals employ various tactics to dispatch their victims. To dislodge seals from ice floes, for instance, they slap their heavy tails down or swim directly underneath them (sometimes in small groups), sending waves washing over the ice.

An orca will even temporarily beach itself (see video below) – a high-risk technique for such a heavy animal – to grab a seal or penguin basking temptingly close to the water’s edge.

Groups (or “pods”) of orcas work efficiently together, herding fish into a concentrated bunch so that it's easier to attack them. En masse, they'll even tirelessly chase down a blue whale – the largest animal ever – harassing and biting it until the giant mammal is too weak to defend itself.

That ruthless pack mentality has seen killer whales dubbed the "wolves of the sea". But pod living offers other advantages too: members collaborate to take care of young orcas and share food. Offspring may remain with their mothers (who often lead the pod) for their entire lives. 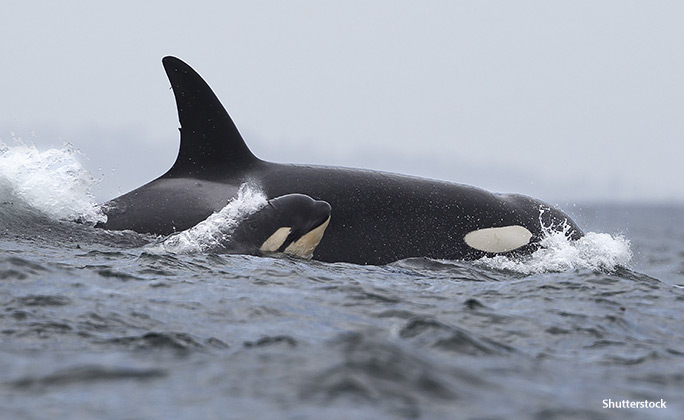 A killer whale's sonic palette includes calls and whistles, for communicating with its own kind. To navigate, the animal uses echolocation, emitting clicking sounds and orienting itself based on the echoes, a technique that it can also use to track prey in deeper, darker waters with poorer visibility. It's so accurate that a killer whale can build up a precise 3D image of surrounding objects with echolocation, and can even use it to distinguish between different fish species.

Like many marine species, killer whale populations are threatened by depleted stocks of prey species, loss of habitat and overfishing. They're also one of the most contaminated marine mammals: animals higher up the oceanic food chain ingest all the pollutants that have accumulated in their prey – and remember, killer whales are top-of-the-tree apex predators…

Which makes it all the more amazing to be able to report the discovery of what may be a whole new species of killer whale! In January 2019, off the southern coast of Chile, scientists spotted an unusual variant of orca with small "eyepatches" and blunter heads than usual. 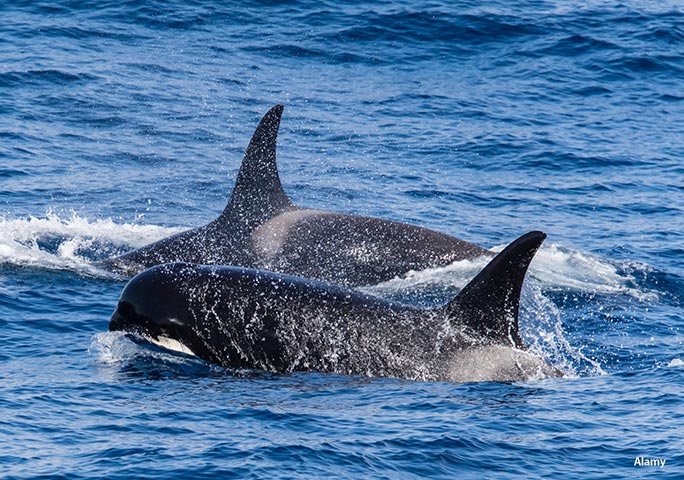 Dubbed "Type D" killer whales, they were previously known only from scattered sightings and have only ever been spotted in the Southern Ocean. In 1955, a group of 17 specimens stranded themselves on a New Zealand beach. Fishermen off the coast of South America's Cape Horn reported unusual killer whales stripping fish from their lines too. Only after taking DNA samples will scientists establish for sure whether this is indeed a genetic aberration or a completely new species.