The celebrations got even more colourful in New York's Times Square yesterday, as Ripley’s Believe It Or Not! and Madame Tussauds teamed up to break the Guinness World Records title for the longest feather boa in honour of Pride Month.

In between 7th and 8th Avenue on 42nd, hundreds crowded around the streets to witness "Boa Boulevard" which was lined with the 1.2-mile (1,919.50 metres) long accessory – that’s nearly four times the length of the Empire State building! 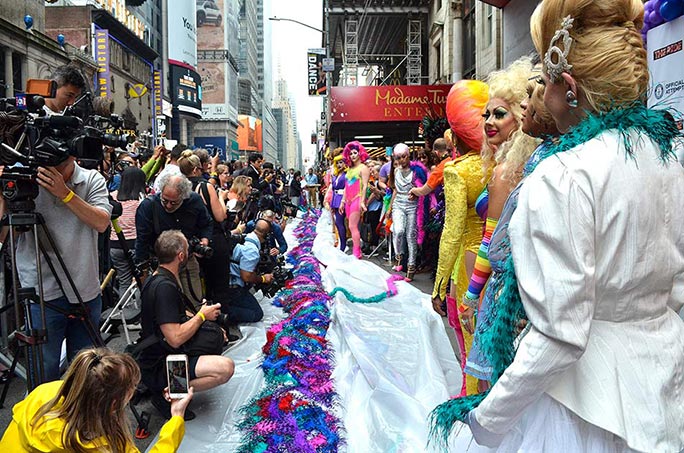 The event was organised in celebration of WorldPride and to commemorate the 50th anniversary of the Stonewall uprising, with special guest and renowned drag queen, Shangela, from the film A Star is Born. “The boa had been checked and measured the night before by a surveyor," said Spencer, "which turned out to be an excellent choice because aside from weather, it would have been very challenging to measure the entire boa will all the camera crews and people on the very busy street.” During the rest of the month of June a special LGBTQ+ exhibit which consists of items such as a red stiletto car and the record-breaking boa itself at Ripley’s, along with Madame Tussauds New York transforming a section of their A-List room to the Gay-List to feature prominent LGBTQ+ celebrities. 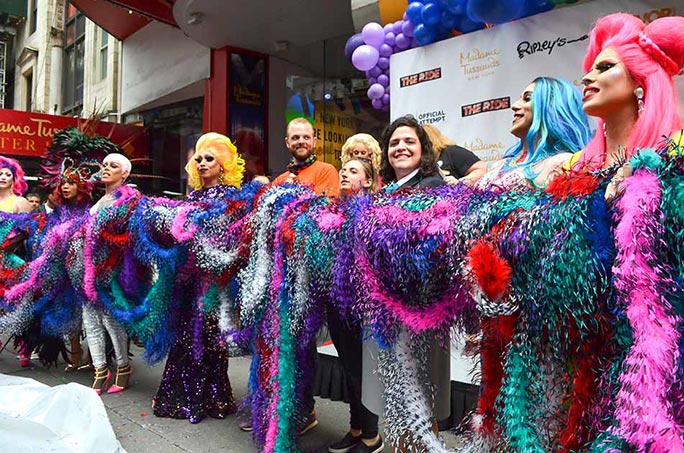 Ripley’s and Madame Tussaud’s will donate part of their proceeds throughout the month of June to the Trevor Project, an organization focused on suicide prevention efforts among LGBTQ+ youth. 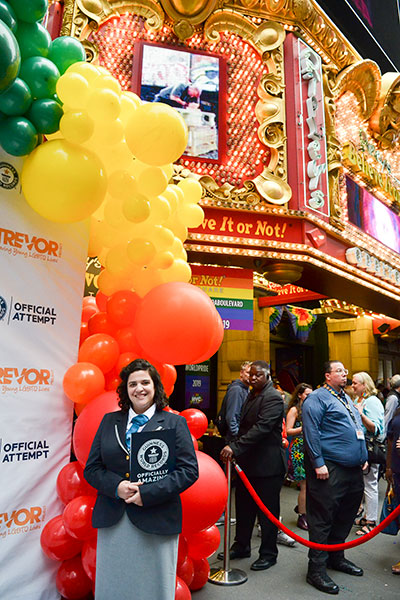