Continuing our celebration of record-breaking dogs, in this instalment we focus on hounds with extreme proportions – at both ends of the spectrum!

We also highlight a few canine records that don't currently have holders, which mean we're actively seeking applications. Think your pooch is off the scale? Then keep on reading to find out more… 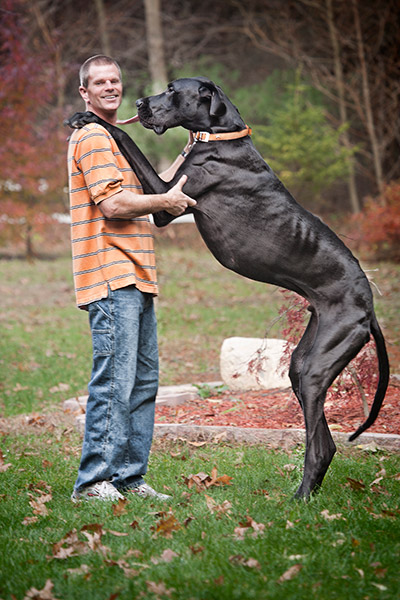 From the tallest and the longest to the shortest – both vertically and horizontally – the biggest and smallest dogs have always been some of our most popular animal record holders, capturing the imagination not just of dog-lovers but of Guinness World Records (GWR) fans the world over.

Similar to our feature on ordinary dogs with extraordinary body parts, all these super-dogs had their records hardwired into their DNA. They were born to become record-worthy, with nobody able to anticipate their superlative size for certain until they were fully grown.

That said, as you'll discover in this feature, certain breeds are predisposed to particular record categories based around doggy dimensions…

When it comes to height, barring the odd exception, there are realistically two main contenders for the title: Irish wolfhounds and Great Danes.

Although the former are generally regarded as the loftiest species overall, for two decades it is Great Danes that have reigned supreme in the record books.

The tallest dog ever in GWR history is Zeus. Putting the "Great" into his breed's name, this mega mutt lived with the Doorlag family (all USA) until his death in 2014. He stood an unparalleled 111.8 cm (3 ft 8 in) from the ground to the withers (the ridge between the shoulders). To put that in context, it’s about the same as two golden retrievers standing on top of each another – or a stack of four pugs! 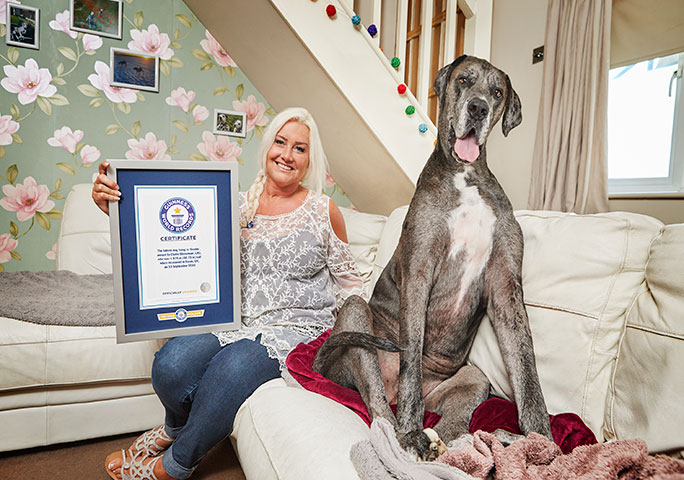 Standing on his hind legs (not a measurement that GWR officially counts), his height shoots up to 226 cm (7 ft 5.5 in).

Freddy’s owner, Claire Stoneman (UK), confesses her pet’s growth spurt was unexpected: "As a puppy, he was the runt of the litter. I actually got him a couple of weeks earlier than I should have, as he wasn't feeding off [his] mum.

"I had no idea he was going to get this big at all." 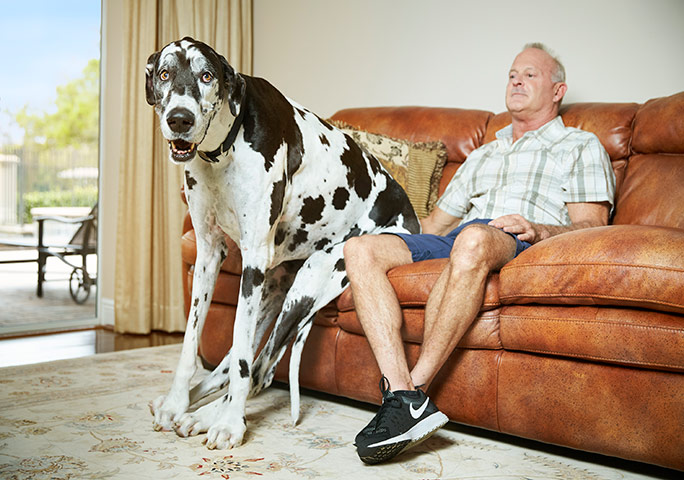 GWR is currently on the lookout for the tallest living female dog. Perhaps the record holder could be lying in your front room or barking in your garden right now and you just haven’t realized it?

The last confirmed holder was the 96.41-cm-tall (3-ft 1.9-in) Lizzy. This harlequin Great Dane from Florida, USA, was the pride and joy of Greg Sample. He described her as a "show-stopper" owing to the amount of attention she drew whenever they ventured out.

She was very much a gentle giant and "very sociable" – most likely, Greg believes, because she shared her home with two much smaller terriers and a cat. Sadly, Lizzy passed away in 2017, leaving a (big) space for a new top female dog. While Great Danes may have stood head and shoulders above the competition for many years, Irish wolfhounds haven’t been completely sidelined. 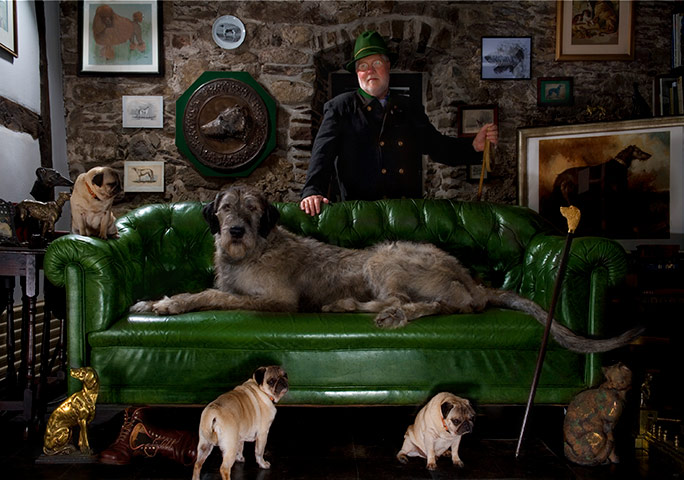 Since 2006, the record of longest living dog has been claimed by three Irish wolfhounds.

The most recent of these was Farrell, who lived with Robert and Kate Fandetti (both USA) in Baneberry, Tennessee, USA. From the tip of his nose to the tip of his tail, this record-setting wolfhound was 237 cm (7 ft 9 in). GWR is seeking a new longest living dog (see end of article), but excitingly there is a rumour going around that an application has been received from a potential contender – so watch this space!

All of our long hounds from post-2000 pale in comparison to the longest dog ever. They say that every dog has his day, and back in September 1987, at the age of six, the grandly titled Aicama Zorba of La-Susa had his. Bucking the wolfhound-Great Dane trend, this Old English mastiff measured 254.4 cm (8 ft 4 in) from nose to tail tip. That’s 5 cm (2 in) longer than the current tallest man – Sultan Kösen (TUR, below) – stands tall! 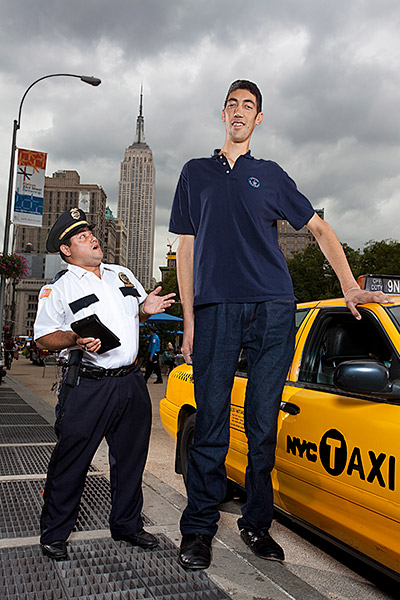 It’s not all about colossal canines though.

They say the best things come in small packages, something that lovers of toy dogs will no doubt agree with. For many, the de facto breed that represents the world’s more petite pooches is the Chihuahua.

According to the American Kennel Club, these mini marvels are depictions of Chihuahua-esque canines from a range of ancient civilizations, but these dinky dogs are, of course, mostly associated with the region of Mexico. They rose to prominence around a millennium ago with the Toltec culture; back then, they were slightly more heavyset and known as "Techichi". During the 12th century, the Techichi was adopted by the Toltec’s conquerors, the Aztecs, and over the coming centuries seems to have been bred towards the smaller dimensions that we’re more familiar with today.

It wasn't until the 19th century that people outside Mexico began to take interest in these perros pequeños. As many of these dogs were found living in the state of Chihuahua, a new name emerged and it stuck.

The idea that Chihuahuas hold all the cards when it comes to superlative smallness is borne out by our most recently assessed shortest dogs.

The shortest dog by height is Miracle Milly. Owned by Vanesa Semier (PRI) from Puerto Rico, Milly was a mere 9.65 cm (3.8 in) to the shoulder, as confirmed in 2013 – that means she is dwarfed by an average can of soda! 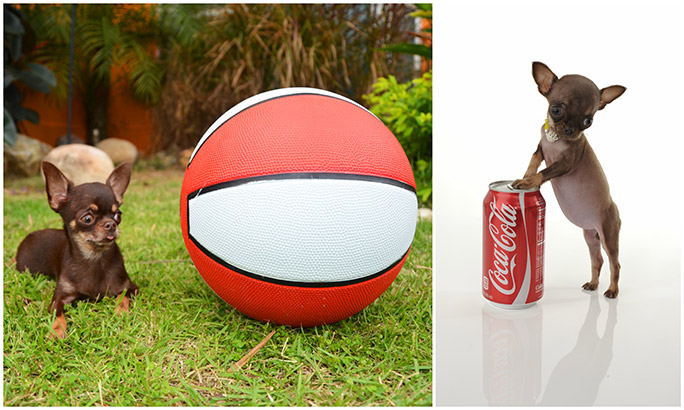 Or to put it another way, Milly is more than 11 times shorter than Zeus, the tallest dog ever. 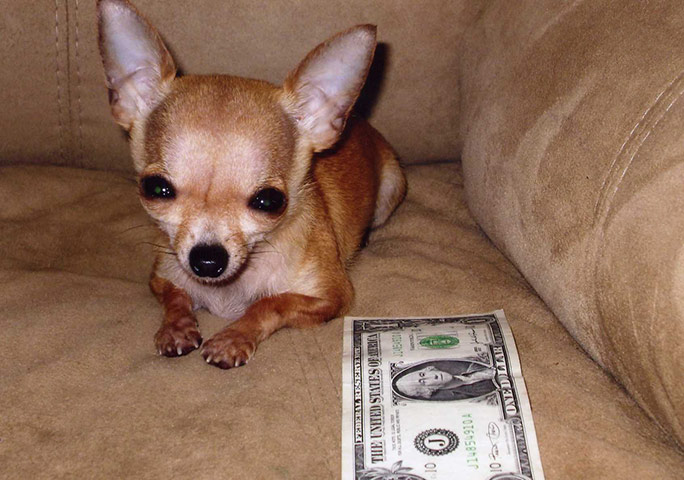 The shortest dog by length last verified by GWR was also a Chihuahua. Heaven Sent Brandy from Florida, USA, was just 15.2 cm (6 in) from nose to tail tip in 2005. Brandy was owned by Paulette Keller (USA).

There are reports of a dwarf Yorkshire terrier (name unknown) from the 1940s that was barely bigger than a human fist! Owned by Arthur Marples (UK) – a former editor of Our Dogs magazine – the pint-sized Yorkie was said to have stood 7.11 cm (2.8 in) tall and measured 9.5 cm (3.75 in) long. That makes him easily the smallest dog ever on record. The smallest service dog is a long-haired Chihuahua from New Jersey, USA, who stood 15.87 cm (6.25 in) tall in 2012. Support pet Cupcake has not only helped her owner, Angela Bain (USA), through some difficult times – she also regularly visits local hospitals to brighten the day of patients. You can learn more about Cupcake in our profile video below.

Beyond Chihuahuas and Yorkies, other breeds in contention for the tiny crown are Pomeranians, Affenpinschers and Papillons to name a few. 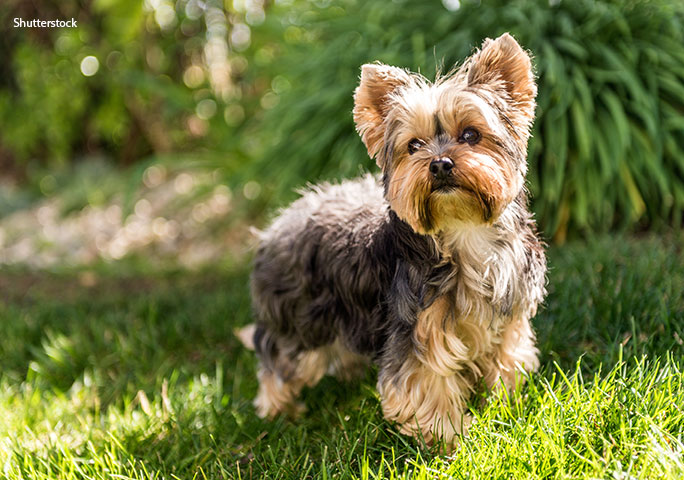 It’s worth noting that Guinness World Records no longer monitors individual heaviest domestic animals, though historically we did include some categories based on weight in our books. 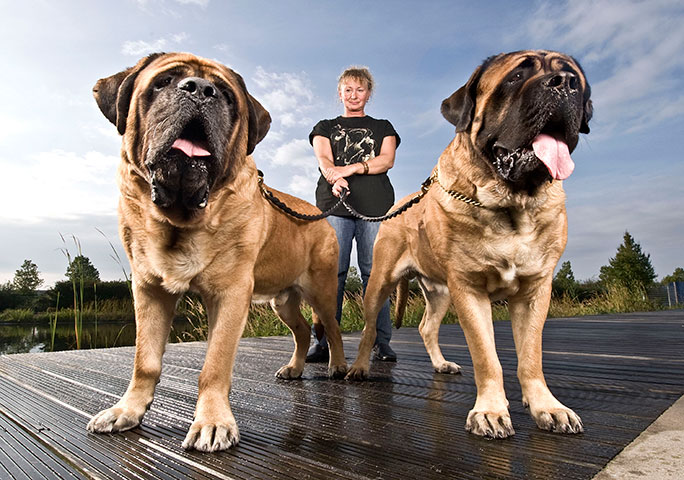 Speaking more generally, the title of heaviest dog breed is shared by the St Bernard and Old English mastiff (the latter pictured above).

Adult males of both these breeds regularly tip the scales in the range of 77–91 kg (170–200 lb). Let’s just say, they’re not the kind of dogs you want jumping on you in bed in the morning!

Think your pooch stands head and shoulders above all others? Or perhaps it's smaller than average for the breed? If you're convinced that your dog is worthy of a place in the record books, then why not make an application?

Records currently without title holders include:

Guinness World Records will also be attending DogFest at Knebworth House in Hertfordshire on 11–12 May 2019. Our "RECORD BARKERS" stand is the perfect opportunity to speak to GWR animal experts directly about how to go about taking on a record.

*All current GWR dog records based on size are for animals that are one year or older. To be eligible, they also require a clean bill of health from a professional veterinarian, who must also perform the official measurements.

Find out about more record-breaking animals in our records showcase, which includes a page all about dogs