Professional strongman and weightlifting champion, Bill Clark (USA) has muscled his way into Guinness World Records history by setting the record for most license plates torn in one minute.

The competitive powerlifter was able to tear an impressive 23 US government issued license plates in half, during his attempt in Binghamton, New York, on 22 August 2018.

The license plates used were not cut or scored, and each was handed to Bill one at a time before he used his bare hands to tear them into two separate pieces, even sustaining a few cuts along the way.

Bill began lifting weights as a child to deal with stress, and with the help of great coaches went on to win both a US National and World Powerlifting Championship. No stranger to record-breaking, Bill has set over 100 state, national, and world records in powerlifting and other strength sports throughout his career.

Some of his more notable weightlifting highlights include a bench press of over 250 kg (500 lbs), and a deadlift of over 350 kg (700 lbs) while competing in the 90 kg weight class, but his most recent achievement marks his first official Guinness World Records title.

As a life-long fan, Bill couldn't have been more excited to be a record holder.

"I can remember looking through the Guinness World Records book over and over, dreaming of one day being a part of it. This may very well be the crowning record of my career."

In 2014, Bill was inducted into the National Strength and Power Hall of Fame, and today he continues to inspire those around him through his work as both a motivational speaker and a strength coach. 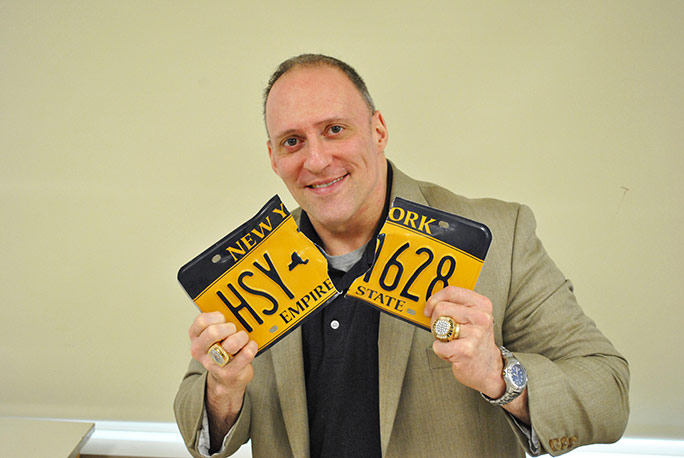 His lessons and speeches often include the bending of steel motorcycle parts, the rolling up heavy duty frying pans into a "telescope," the tearing of decks of playing cards, and the occasional lifting of cars. The idea for this record attempt came from one of these demonstrations.

Bill hopes to use his title in his quest to give back to others and raise awareness for two major causes close to his heart: children's cancer and scleroderma.