A four-year-old mixed-breed bunny called Taawi from Turku, Finland, has achieved the most tricks by a rabbit in one minute.

Under the guidance of his owner, Aino Kivikallio (Finland), the bodacious bunny completed 20 tricks while against the clock (see video above).

The record-breaking rabbit’s one-minute repertoire included familiar pet-trick classics such as "high-fiving", spinning and jumping over an obstacle. Other slightly more unusual skills performed as part of the record were selecting a card from Aino’s hand, toppling over a bottle and even nibbling through a piece of string!

The moment that she adopted Taawi a few years ago, Aino knew he was destined for great things.

"He is the most active and energetic rabbit I have ever seen," she said. "Achieving a Guinness World Records title is something I never thought I would do until I discovered Taawi's talent."

"At first it was very hard for him to concentrate because he was so very excited. But I trained him patiently, and soon he began to love doing tricks." 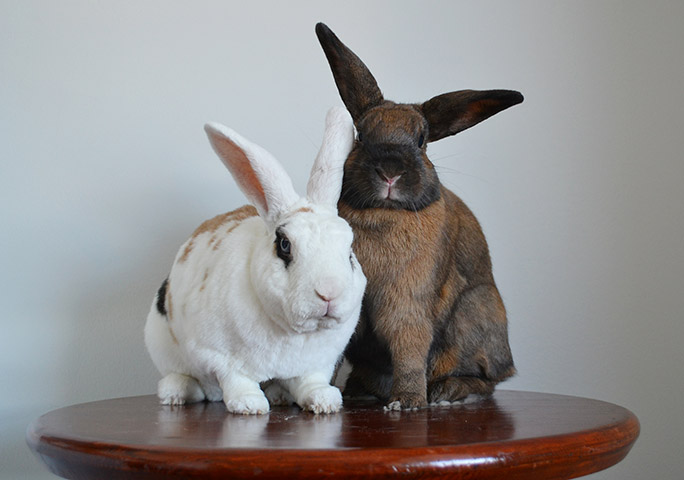 It's not only his physical talents that secured him this record title, with Aino describing him as a "very clever rabbit", adding: "He also has an unbelievable memory since [in total] he knows about 30 tricks." 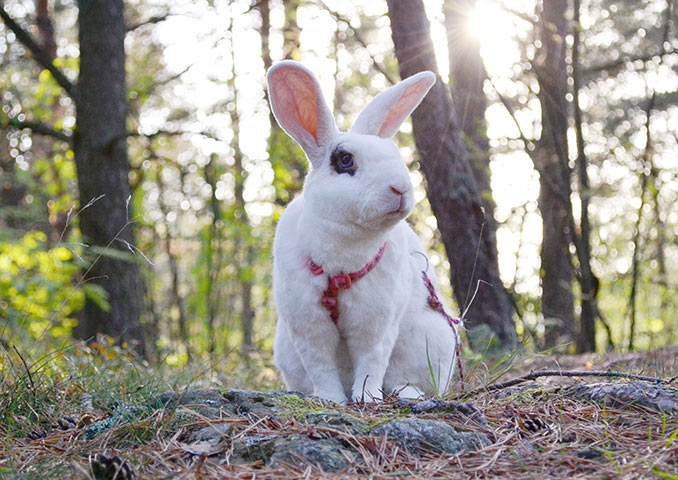 Aino is a firm believer in the positive-reinforcement method when it comes to training, teaching learned behaviour through rewards.

With a "clicker" device, she uses audio cues to indicate achievement and this will always be backed up with a food-based snack. Among Taawi's favourite treats are fresh carrot and dried banana.

"When learning a new trick, I reward him when he at least does something right, then I slowly raise the bar until he knows the entire trick." 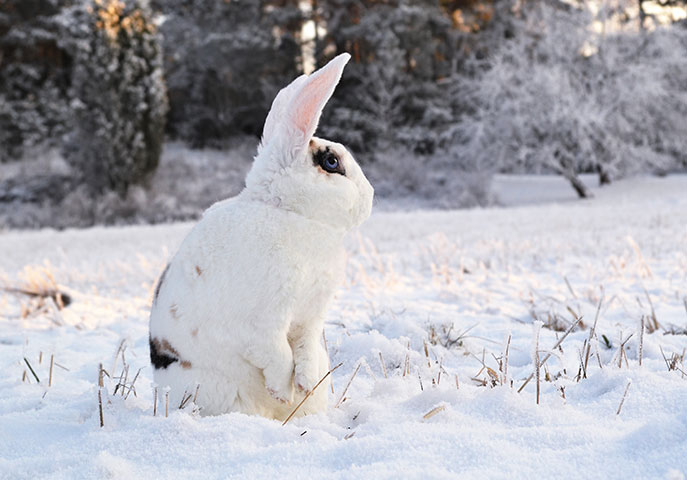 Reflecting on the achievement, Aino sums up: "I hope that…this record [will] spread awareness of rabbits' intelligence and also that we… inspire owners around the world to have fun with their rabbits and maybe teach them a trick or two!

"My advice to all pet owners is to never underestimate their pets. I think every animal has a talent of some sort and it’s up to the owner to find out what their pet is good at." 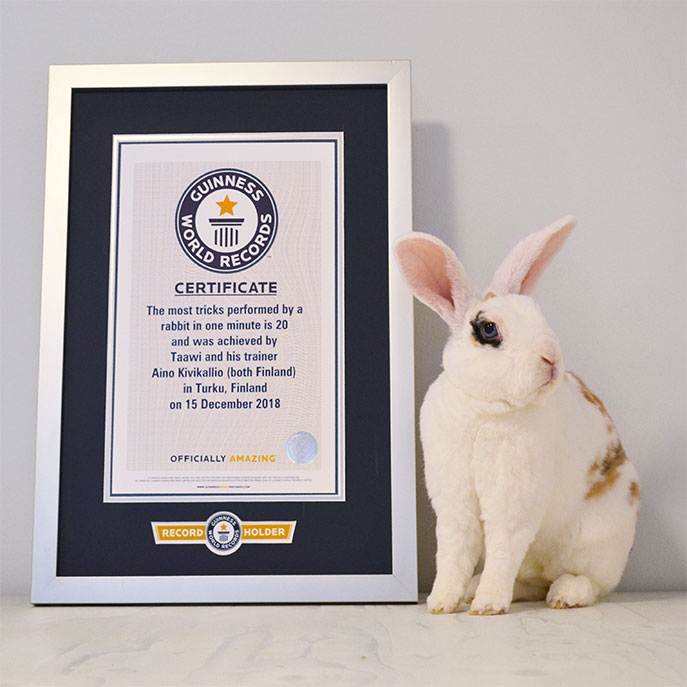 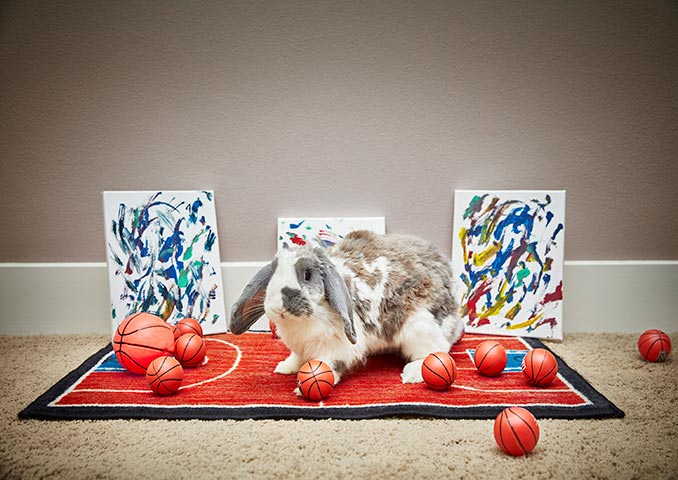 Taawi isn't the only rabbit with hidden talents… On the other side of the world in California, USA, lives Bini. His owner, Shai Asor (USA), initially started teaching his pet simple tricks such as standing and spinning. After finding his Holland Lop playing with a ball one day, Shai decided to set up a bunny-sized basketball court, and the rest is history.

On 31 Oct 2016, Bini shot seven successful hoops – the most basketball slamdunks by a rabbit in one minute. After rising to fame on US TV show America’s Got Talent in 2017, Hero and his owner, Sara Carson (CAN), became members of the GWR family on 18 February 2018.

In just 60 seconds, Hero jumped, rolled, skated, crawled and bowed his way to the most tricks by a dog in one minute. In all, he completed a staggering 49 tricks in the time frame – smashing the previous mark by 17. 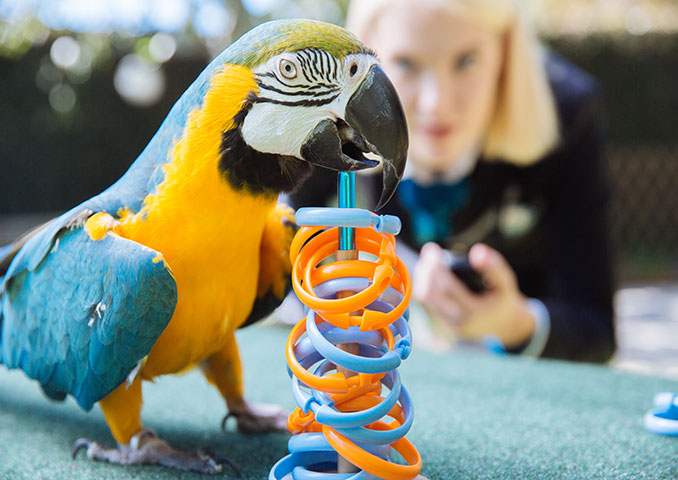 With pinpoint eye-beak co-ordination, Skipper Blue the macaw achieved the most rings placed on a target by a parrot: 19 in one minute. The parrot set the record as part of celebrations on Guinness World Records Day 2016, overseen by her trainer Wendy Horton (USA). 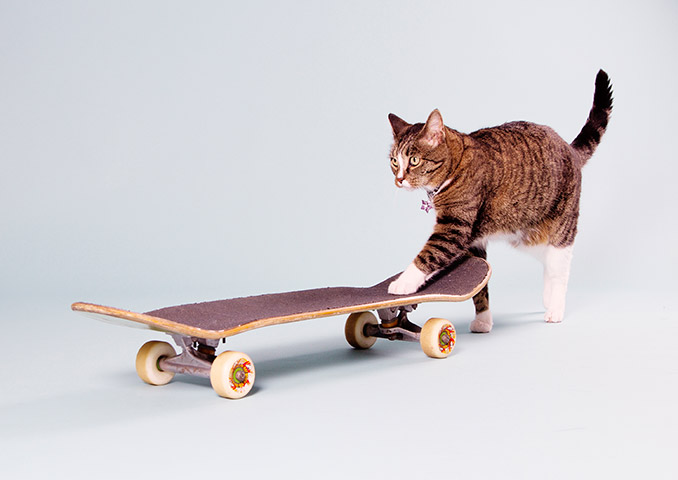 Already with one record under her belt – the most tricks by a cat in one minute (24; see video below) – Didga (short for "Didgeridoo") took to her skateboard once again on 9 Feb 2017. The Australia-based moggie skated her way through 13 pairs of legs – the longest human-leg tunnel skateboarded through by a cat.

Her owner Robert Dollwet (USA) insists one of the secrets to their success is rewarding Didga with her favourite treat – kangaroo mince! 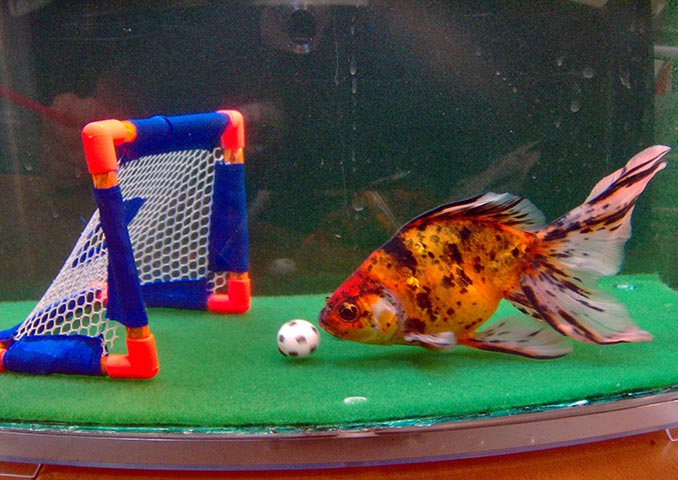 Given his name, this fish was destined to be a genius. And he more than lived up to his namesake. The calico fantail performed six tricks including passing through a hoop, swimming under a limbo bar and even scoring a goal. In 2005, he boasted the largest repertoire of tricks for a fish. He was trained by his owner Dean Pomerleau (USA) at the “Fish School” in Gibsonia, Pennsylvania, USA.