Chinese New Year: 8 fantastic pig records to celebrate the Year of the Pig

Every year in the Chinese calendar is linked to one of 12 animals, each of which has different characteristics.

In Chinese culture, pigs are seen as a symbol of wealth and good fortune. People born in this year are believed to display great willpower and patience; they’re said to be optimists too, but can also be a bit naïve and impulsive. If you were born in 2007 – the last time this year rolled around – does that sound like you?

To mark this special day, let’s take a look at some porcine record-breakers… Its unusual name arises from a large horn growing from the centre of its brow in males, and also from a smaller pair of eyebrow-sited horns. Native to present-day Russia and China, this prodigious prehistoric porker lived 7–20 million years ago. 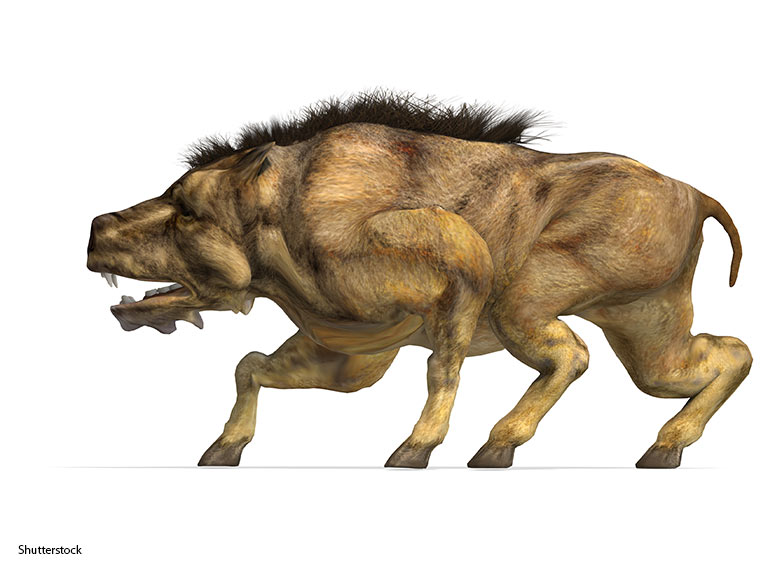 "Unicorn pig" is a cool-sounding name, but "hell pig" might just beat it… Also known as "terminator pigs" (artist's impression above), these behemoths superficially resembled something of a cross between a boar and a hyena but were actually from a taxonomic family all their own. They roamed across various parts of what is now the USA around 19 million years ago, during the early Miocene Epoch.

The Largest species of hell pig was Daeodon shoshonensis (aka Dinohyus hollandi). This colossal animal stood approximately 1.8–2 m (5 ft 10 in–6 ft 6 in) at the shoulder, taller than the average adult man. Its skull was around 90 cm (2 ft 11 in) long, but inside was a disproportionately tiny brain no bigger than an orange. 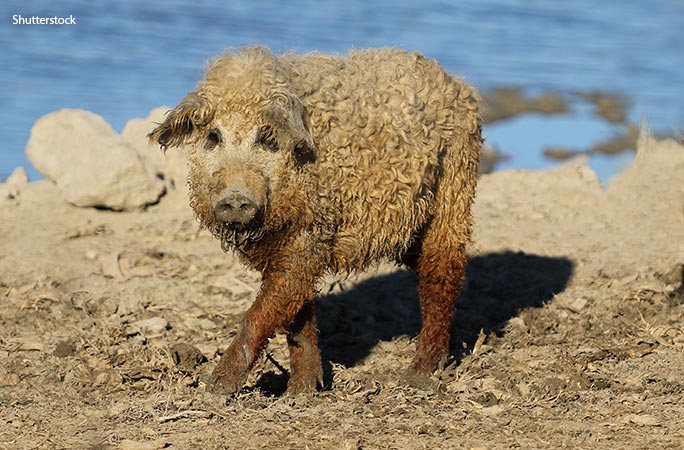 Not all pigs have a short, bristly covering. Step forward Hungary’s Mangalitza, the Hairiest domestic pig. Unlike its piggy peers, this hirsute ham grows a remarkably long and curly coat similar to a sheep’s fleece. There are three breeds – the Blond Mangalitza (white/blond, example pictured), the Swallow-bellied Mangalitza (black body with white feet and belly) and the Red Mangalitza (ginger). 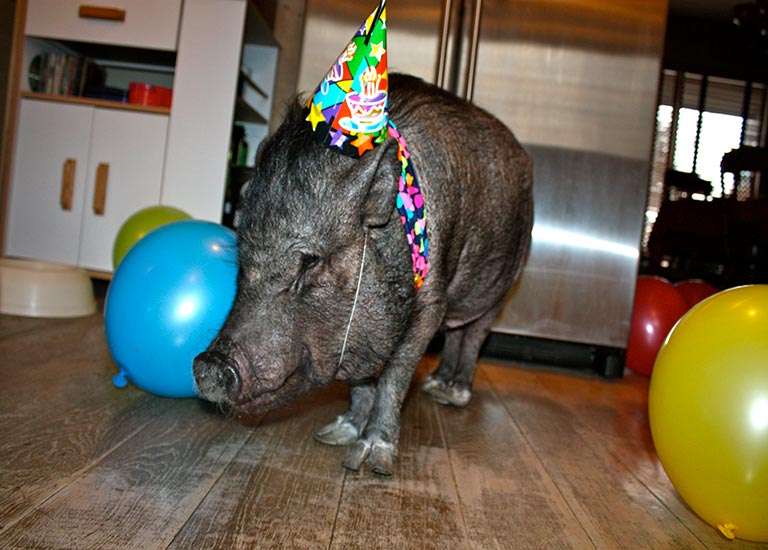 Wild pigs live for up to eight years, but domestic pigs – who don’t face the same threats and hardships as their wild cousins – sometimes reach 20 years of age and beyond… The Oldest pig ever for which there is definite proof is Ernestine (born 17 July 1991), who was 23 years 76 days old when she died in 2014.

This porcine OAP lived with her owners, Jude and Dan King (CAN), in Calgary, Alberta, Canada. 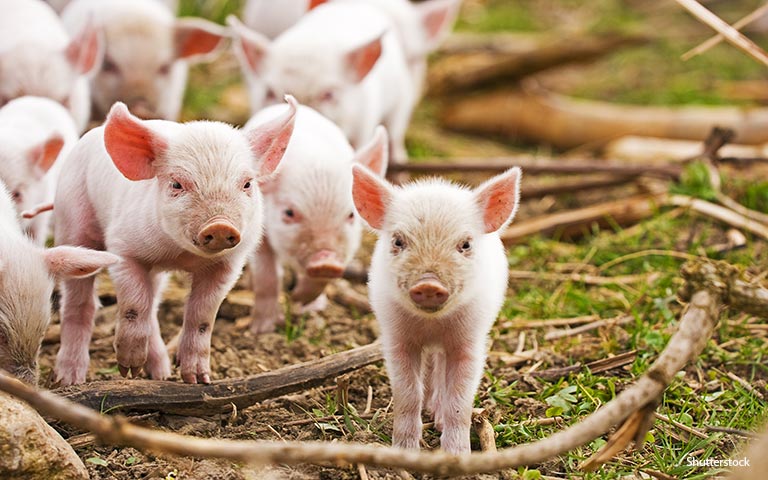 Typically domestic pigs give birth to around 12 piglets. But the Largest litter of piglets was three times that amount.

On 21 September 1993, a pig named "Sow 570" gave birth to 37 piglets at Eastfield House Farm in Melbourne, Yorkshire, UK. (Sow 570 was a cross between a Large White Duroc and a Meishan – a Chinese breed well known for producing large litters.) Of the 36 youngsters that were born alive, 33 lived – a hugely impressive survival rate. 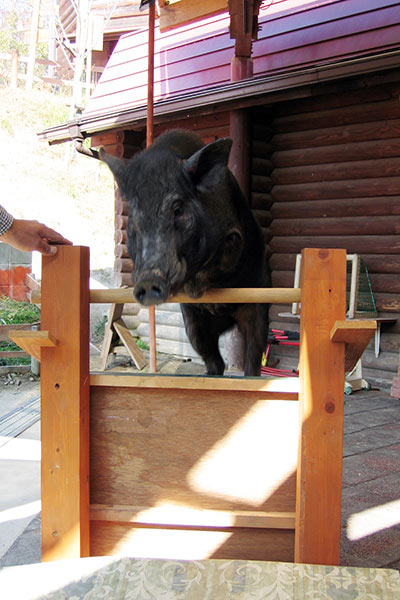 Pigs may not be able to fly, but some of them jump pretty well! On 22 August 2004, a pot-bellied pig named Kotetsu achieved a 70-cm-high (1-ft 3.5-in) leap – the Highest jump by a pig – at Mokumoku Tedsukuri Farm in Mie Prefecture, Japan.

All of which makes the pig a remarkable animal indeed. A very happy Year of the Pig to you all!