From dramatic comebacks to tea sipping celebrations, 2019 had it all in the football (soccer) world. With 2020 just around the corner, we’ve picked out some of the record-breaking achievements on and off the pitch from the past 12 months.

Providing 12 assists in just 29 appearances, Liverpool FC and England right-back Trent Alexander-Arnold earned a spot in Guinness World Records 2020 when he set up teammate Sadio Mané for a goal on the final day of the Premier League season. "It's an honour”, he told Guinness World Records. “I've always wanted to go forward and help the team to create as many chances as possible. It's obviously down to the lads to put the ball into the back of the net, because football is a team game and without them this record wouldn't be possible.”

With Liverpool on course for a record points total this season, Alexander-Arnold will be hoping to add another record to his collection come the end of the 2019/20 season! 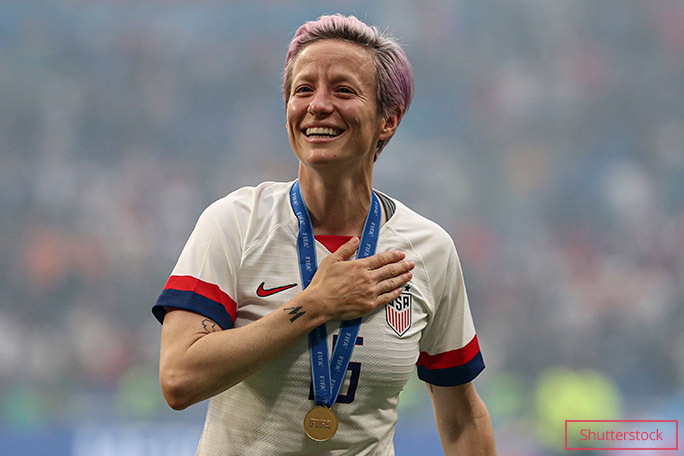 2019 was the year of Megan Rapinoe, who in December was named winner of the Women's Ballon d'Or after co-captaining the United States women's national soccer team (USNWT) to a record-breaking fourth FIFA Women's World Cup.

At the age of 34 years 2 days, Rapinoe became the oldest player to score in a FIFA Women's World Cup final when she opened the scoring from the penalty spot in the USA’s 2-0 final victory over the Netherlands. Her stunning performances throughout the tournament also earned her the Golden Ball and Golden Boot award. 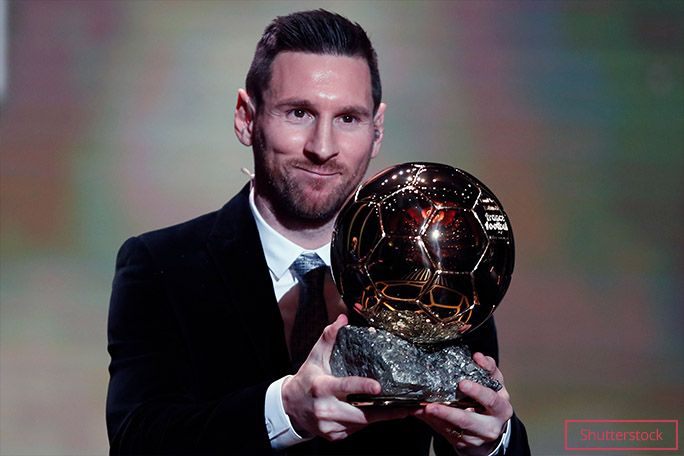 Most wins of the Ballon d'Or

While Rapinoe won the women’s award, FC Barcelona and Argentina superstar Lionel Messi moved one clear of Cristiano Ronaldo to win a record sixth Ballon d’Or in the male category.

Following yet another incredible year for the forward - in which he managed 46 goals and 17 assists in just 54 games - Messi topped the ballot to earn his 80th (!) Guinness World Records title.

At the age of just 24, Norwegian striker Ada Hegerberg has already become highest scoring player in the UEFA Women’s Champions League with an incredible 53 goals.

She overtook Anja Mittag’s (Germany) record of 51 in her 50th appearance in the competition, having featured for Stabæk, FFC Turbine Potsdam and Olympique Lyonnais Féminin.

Hegerberg also features in the Guinness World Records 2020 book as the first winner of the Women’s Ballon D’Or.

The previous record had stood since February 1999, when Nottingham Forest were defeated 1-8 at home to Manchester United. United’s goalkeeper on the day was none other than Peter Schmeichel, father of Kasper Schmeichel who played in goal for Leicester during their record-breaking win.

Most wins in an international football (soccer) career

After featuring and scoring in Spain’s 3-0 win over Sweden in the UEFA Euro Qualifiers in June, Sergio Ramos surpassed his compatriot Iker Casillas to take his international win tally to a record 122.

By the end of 2019, his total now stands at a phenomenal 127 victories since his debut in a friendly match against China in 2005!

Most goals scored in a Major League Soccer career

Though Zlatan Ibrahimović may have dominated the headlines during this year’s MLS campaign, it was San Jose Earthquakes striker Chris Wondolowski (USA) who earned himself a Guinness World Records title.

After announcing plans to play one more season with San Jose before retirement, the veteran striker will hope to add enough goals to his total to ensure the title remains his for as long as possible.

There are 34 pages dedicated to record-breaking sports stars in our latest book, from cricket to combat sports. Find out more in the electrifying Guinness World Records 2020, out now.