In January 2019 two friends were on a surfing holiday in Bali, Indonesia. After a few days of heavy rain, they visited their favourite beach, Echo Beach, only to find it covered in plastic brought in by the storm.

Without a moment's hesitation, they gathered waste bags and began collecting the plastic pollution. Before long, a small crowd had joined them in their efforts.

Despite plans for the holiday to be a fun, relaxing surfing break, the trip became the start of something much bigger for Lucas Del Paso Cánovas and Carlos Pérez (both Spain) as they began drawing up plans to take action and make a difference in the world through environmental endeavours.

Blue4Green project was founded, with the aim of helping to clean the oceans while donating funds to support reforestation. They decided the best way to launch their campaign would be by attempting a world record, and thus settled upon Lucas undertaking the longest open ocean journey by aquabike (jetski) – unsupported.

Eight months later, Lucas had completed his record-breaking journey from Sagres, Portugal, to Sapri in Italy – a total distance of 3,602 km (2,238.18 miles) – during which he collected marine debris from the ocean. 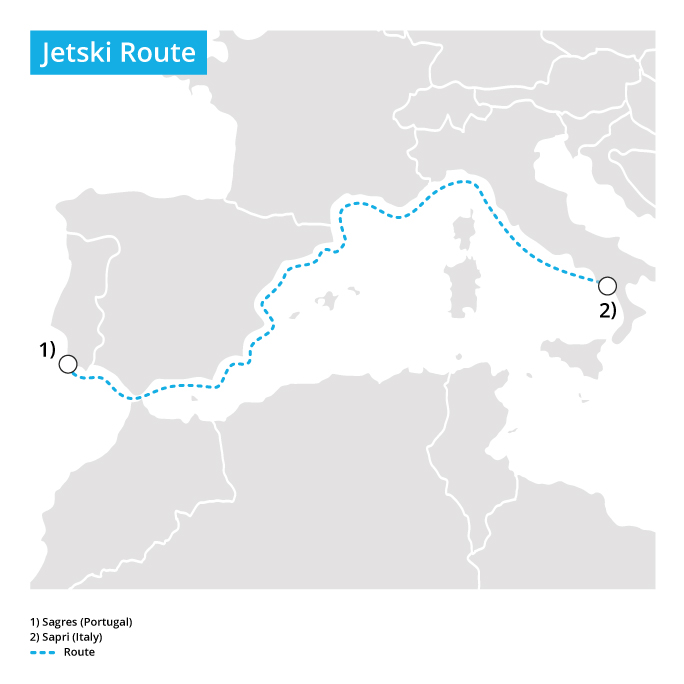 While Lucas followed the Mediterranean coast from Portugal to Italy (including Spain and France), Carlos and others completed the same route on land, collecting any waste they spotted along the way. In celebration of Guinness World Records Day 2019 and this year’s "Spirit of Adventure" theme, we spoke to Lucas about his record. 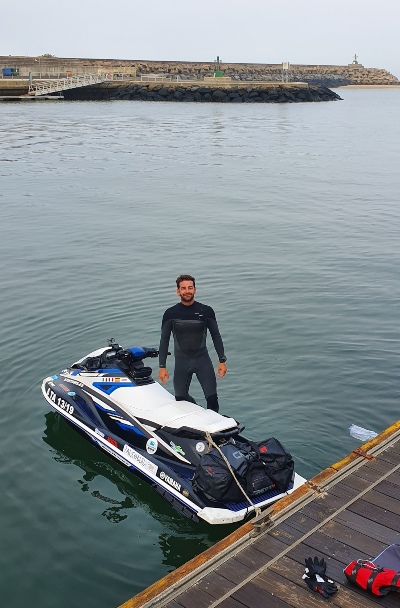 "We collected about 230 kg (507 lb) waste in total. It was not easy to collect all the plastic I found in the water. It was heavy and I had to modify my course because of it. However, I felt it would have been much worse to leave the plastic there and allow it to continue to pollute the environment and dirty the aquatic wildlife’s home.

"Carlos Pérez (also part of Blue4Green) was in charge of recycling all the plastics we found. We also joined the Upcycling the Oceans project, which turns marine litter into premium thread.” 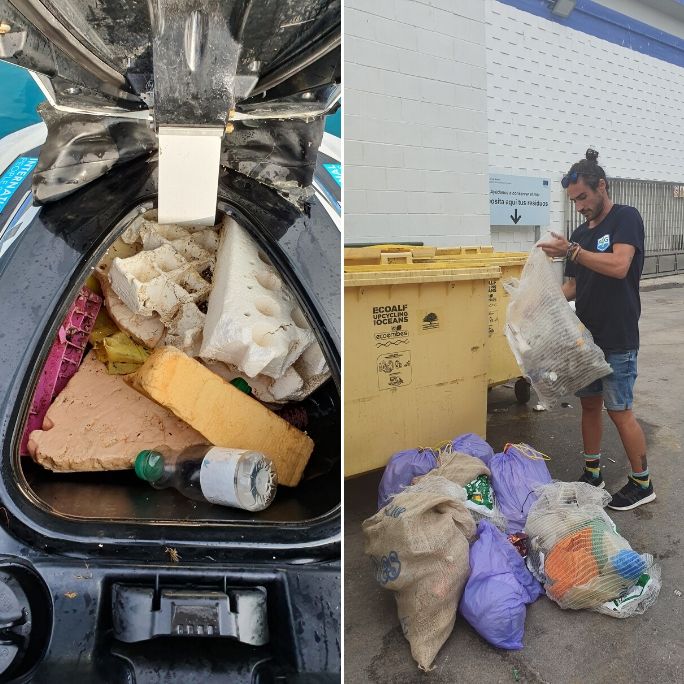 As well as picking up plastic in the sea Lucas and his team also used money raised from the record attempt to plant more than 100 trees, as a means to balance out the project’s carbon footprint.

"I have been concerned with the environment for as long as I can remember. I have always loved nature and tried to be conscious of my impact on the environment as an individual.

"In the 150 years since plastic was created, virtually every corner of the planet has been contaminated. From the highest point of Mount Everest to the deepest point of the Mariana Trench, plastics are polluting the environment." When asked to list the most common items he found in the ocean, Lucas listed: "In the Mediterranean Sea I found a lot of soda cans, plastic bottles, plastic bags and polyurethane trays. Some of the odder items I found were shoes, a huge light bulb and several dirty diapers."

During the record-breaking 15-day journey, in which he was totally unsupported in the water, Lucas had to overcome multiple unforeseen challenges including a power outage which left him stranded on a deserted beach for over three hours while he repaired his jetski. 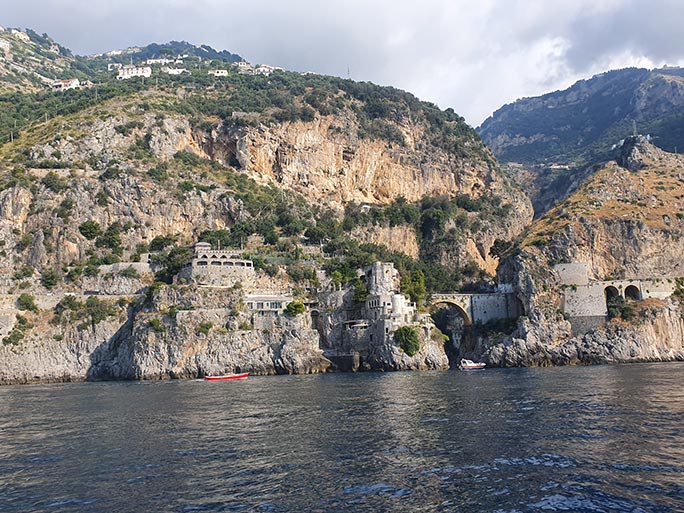 "This journey was my first long term water adventure, but I do not think it will be the last. I regard adventure as a way of life.

"This is both an honour and a dream come true for me. I have been fascinated with Guinness World Records (GWR) for as long as I can remember. A GWR title is a seal of quality, an engine of motivation and a great means of recognition worldwide." 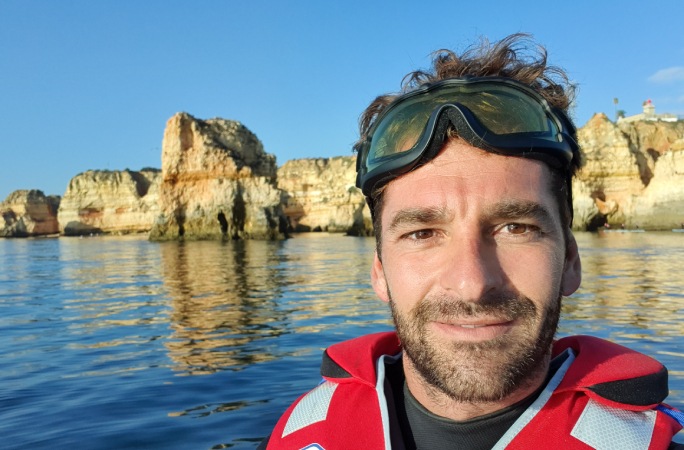 Finally, when asked what GWR readers and fans can do in their everyday lives to protect the environment and reduce plastic pollution in the ocean, Lucas replied: "The first thing is to understand that any small individual action will still make a positive impact by multiplier effect.

"For instance, one individual can help by: reducing the consumption of red meat; using cloth bags instead of plastic when shopping; treating the streets and public spaces as if they would their own home and therefore not littering; incorporating a routine of collecting three pieces of waste (cigarette butts, plastic, etc) every time he or she goes out."