When Lee Redmond last cut her fingernails, the Swedish supergroup ABBA were at the height of their powers, the first Star Trek movie had just been released in cinemas, and the Sony Walkman had only just hit the shelves. And very people had even heard of a compact disc, let alone listened to one.

It was 1979, and although she didn’t know it, Lee was embarking on a mission that would see her become one of the most iconic record-breakers in history.

By the time I finally got the chance to meet Lee, her fingernails had grown to epic proportions. As I waited for her in the arrivals lounge at Heathrow Airport, I could tell she was on her way – there was a lot of excited chatter from the disembarking passenger, and the look of wide-eyed astonishment on their faces was a clue that Lee was just minutes behind.

You could also hear Lee coming – the unforgettable click-clack of her nails accompanied her everywhere she went! 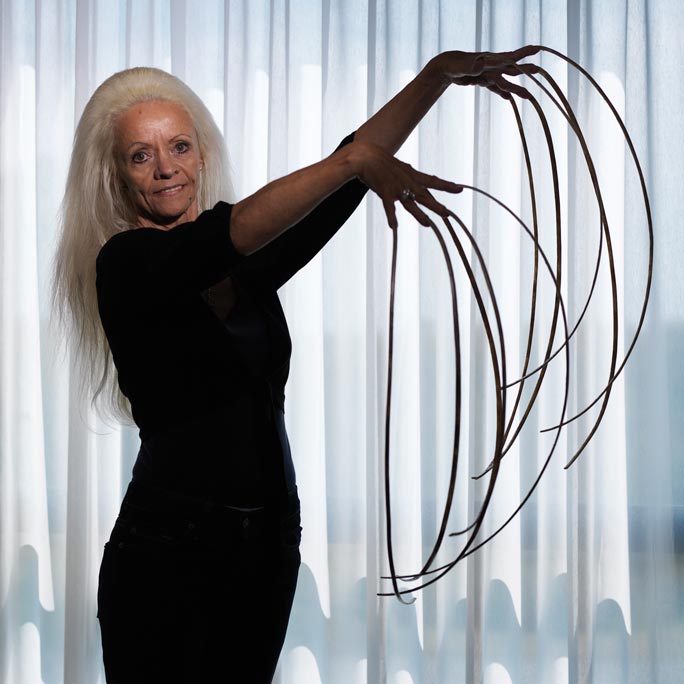 Lee, from Salt Lake City in Utah, USA, grew the nails on both of her hands to an incredible 8.65 m (28 ft 4.5 in) in total, as measured on the Guinness World Records Italian TV show.

If it helps to put this into context, the actor Verne Troyer (Mini Me in the Austin Powers movies) stood 81 cm or just over 2 ft 6 in – making each of Lee’s nails longer than Verne!

I’d invited Lee to London to help with the launch of our latest book, and as you’ll hear on the Guinness World Records: Behind the Book podcast, there was some awkwardness on the aircraft flying her across the Atlantic. This was mostly to do with the challenge of using the lavatories – never easy at the best of times – but you can hear for yourself on she got on.

You can hear more about Craig's meeting with Lee as well as the history of record-breaking nails in our podcast series, Guinness World Records: Behind The Book. Listen below or download from Apple Podcasts, Spotify or Stitcher. 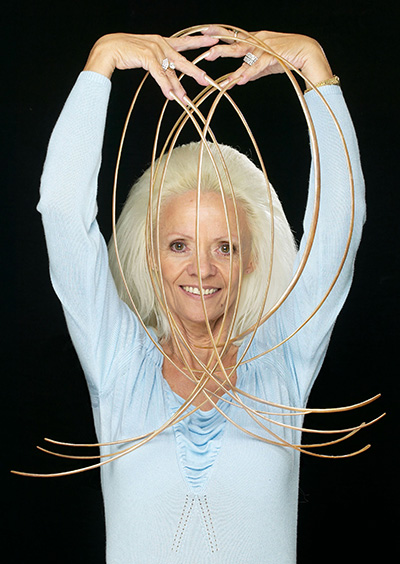 While in the GWR offices, Lee shared her story about living with such titanic talons: how she functioned pretty-much like the average grandma, how she prepared food, washed-up afterwards, typed emails (using really long pencils!) and even how she goes to the bathroom (“Carefully,” she revealed!)

Lee also spoke about the inspiring talks that she gave to schools and youth groups in the USA about differences, and how we should celebrate those things that make us different. The one thing that unites us, she’d say, is that we’re all unique, and this needs to be celebrated, not used as means of conflict.

We also heard about how she looked after her ailing husband, and how challenging it was to be a carer while facing her own daily struggles with nails that she felt she just couldn’t trim.

In the end, fate made the decision for Lee. In early 2009, while a passenger in a vehicle, Lee was involved in a crash that saw all of her nails snapped off. Today, she keeps the nails in a zip-loc bag as a memento of her time as a record-breaker… though she still holds the records to this day for the longest fingernails on a pair of hands (female).

It’s always an honour meeting our record-holders, and Lee was no exception – a generous, open and inspiring lady who worked tirelessly as an ambassador for Guinness World Records. 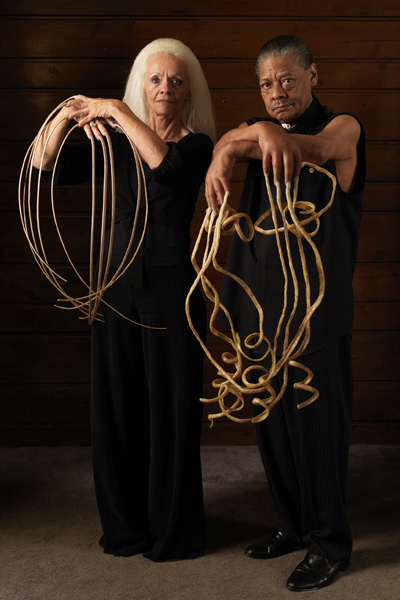 Before losing her nails in a traffic accident, Lee got the chance to meet up with her male counterpart Melvin Boothe, whose nails stretched out even further, to an unprecedented 9.05-m (29-ft 8-in). The two instantly hit it off, and Lee was able to share her nail-care tips with Melvin. Their meeting also allowed Guinness World Records to capture some fantastic photography – some of the most striking record-holder images ever captured. Sadly, Melvin passed away not too long after their meeting but, like Lee, remains the "ever" holder in the two-hand fingernails category.