The achievements of New York Comic Con (NYCC) panelist and comic book entrepreneur Todd McFarlane have been recognised at this year's event with the presentation of the longest-running creator-owned superhero comic book series.

The renowned artist known for his work on the supervillain Venom for The Amazing Spider-Man has achieved this Guinness World Records title for his own series Spawn – a horror-fantasy comic that first launched in 1992. 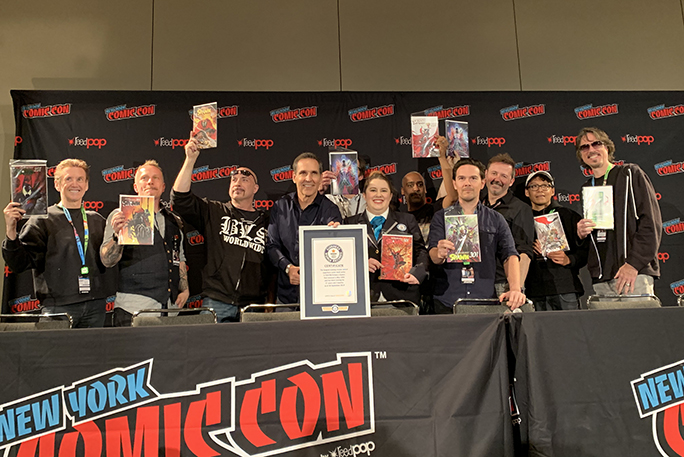 "Any record that is based on longevity, is made on the backs of dozens of people. As much as I am proud to be receiving this award, I gratefully accept it on behalf of all those who helped me the past 27 years on this journey," he said.

Todd was presented his certificate during his panel session at the Javitts Center in New York City.

Adjudicator Claire Stephens formally honoured him on stage at NYCC 2019 with Spawn fans in the audience. 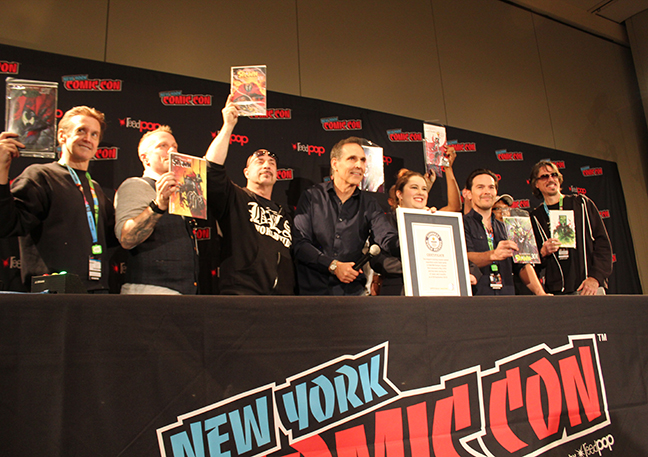 "I'm incredibly honoured to be presenting this Guinness World Records title to Todd McFarlane in honor of SPAWN 301 at an event that celebrates creators with such enthusiasm. Todd McFarlane displays immense passion, a key value of our mission and this achievement is a recognition of Todd's nearly three-decade career."

Spawn OFFICIALLY becomes the KING as Spawn 301 BREAKS THE RECORD as the Longest Running Creator Owned Comic EVER! Couldn't do it w/o these AMAZING creators:@GregCapullo@JScottCampbell@sinKEVitch@Clayton_Crain@jasonshawnalex, Francesco Mattina, Jerome Opeña, & @thealexrossartpic.twitter.com/k1qXqXl1dD

Fans who have been following the series understand that this was no easy feat. The SPAWN comic book series was first published in 1992 by Image Comic's and sold over 1.7 million copies.

Following SPAWN'S initial success, the series was curated into a feature film in 1997 – an effort creators have been working on for the span of the comic book. 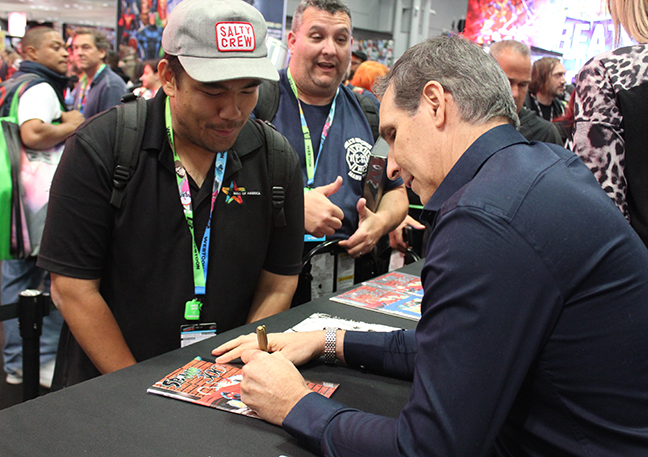