One of the most popular record-breaking routes in Britain is Land's End to John o' Groats.

Land's End is the most southerly point in England, while John o' Groats is mainland Scotland's most northerly point, making the journey between the two longest continuous distance you can travel within UK. The two points are 874 miles (1,407 km) apart by main roads, and it typically takes just under 15 hours to drive the distance by car.

To put it into perspective, it's four times the distance from London to Paris, or one quarter of the Great Wall of China.

This journey has led to a multitude of different records, totaling just under 50.

From walking records, to cycling, to all manner of curious vehicles, there are records for anyone after a record-breaking British expedition.

We've put together some of our favourite records from the popular route - perhaps to inspire some future record attempts! 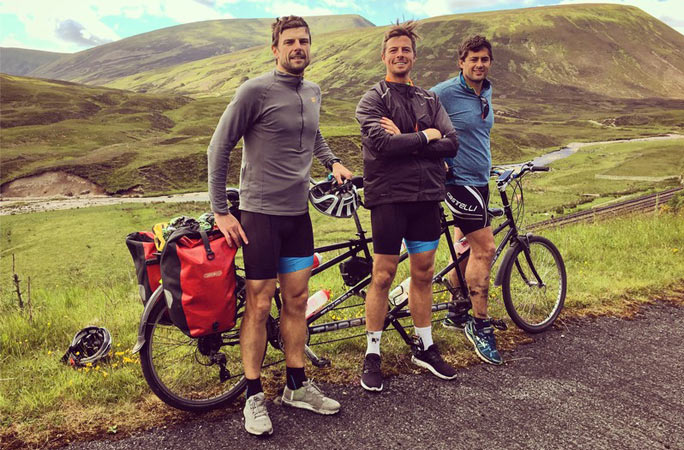 One of the newer Land's End to John o' Groats (LEJOG) record was set by brothers Fergus Gilmour and James Gilmour and their close friend Harry Fildes (all UK). They wanted to tackle the route by triplet bicycle and be the first to earn this record.

They were expecting to complete the feat in seven days, averaging 127 miles per day. However, they smashed their target, completing it in 6 days 13 hours and 30 minutes. The attempt took place to raise funds for Whizz Kidz and the Tarpoley War Memorial Fund. You can find their record our Spirit of Adventure round-up (pp.122-123) in Guinness World Records 2020. 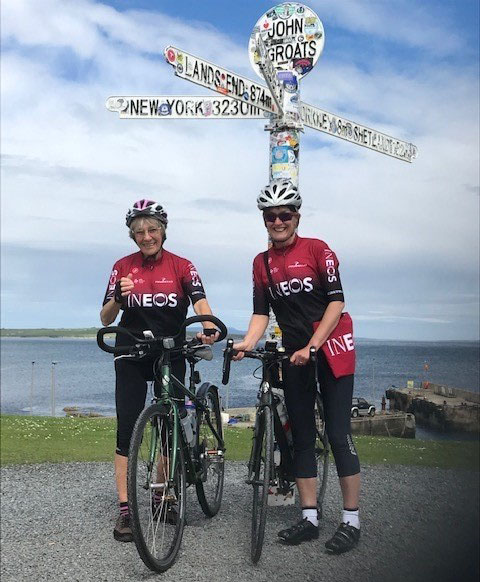 Some may celebrate their 81st birthday with tea and cake, but Mavis Margaret Paterson, from Dumfries and Galloway, Scotland, decided to do something quite different. Shortly after her birthday she began her quest to become the oldest person to cycle from Land's End to John o' Groats (female). She completed the journey over 23 days, from 30 May to 22 June 2019. Mavis attempted this record to raise funds for Macmillan Cancer Support. 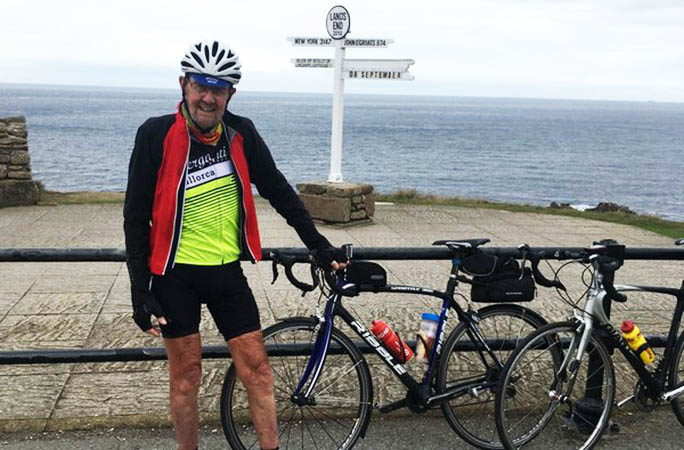 Alex Menarry (UK) currently holds this record. The former nuclear physicist has always been active and is not one to shy away from a challenge, even one as gruelling as cycling almost continuously for 17 days straight. 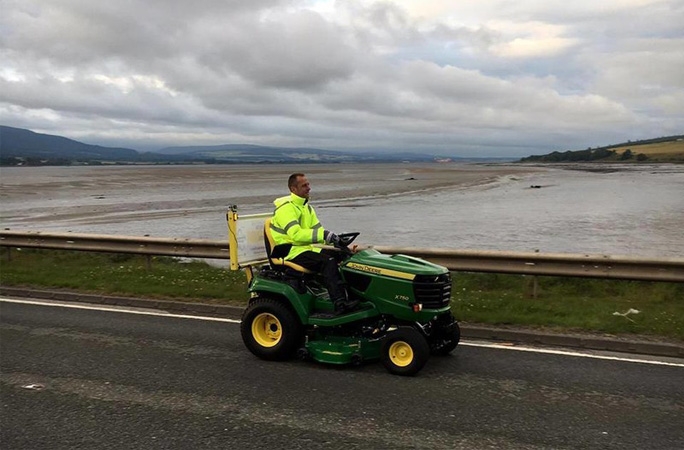 Andy Maxfield (UK) chose an alternative method of transport for his record attempt too, attempting the record distance on a ride-on lawnmower. The attempt took 5 days, 8 hours and 36 minutes. Andy attempted the record to raise money for the Alzheimer's Society. You can find this record on our Spirit of Adventure "By Land" spread (pp.112-113). 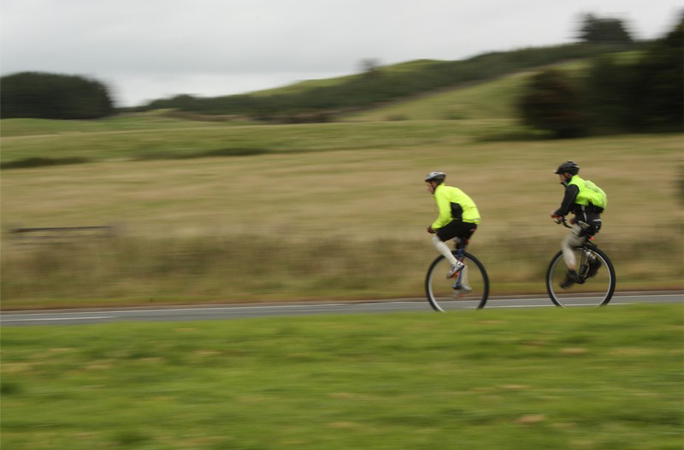 Fastest journey from Land's End to John O'Groats by unicycle

The fastest journey from Land's End to John O'Groats by unicycle was 6 days 8 hr 43 min achieved simultaneously by Sam Wakeling and Roger Davies (both UK) from 12-19 September 2009.

The duo rode to raise funds and awareness for 'Wake Up! Uganda,' a charity working for community development and education in Uganda. The attempt was also ratified by the Land's End John O'Groats Association. 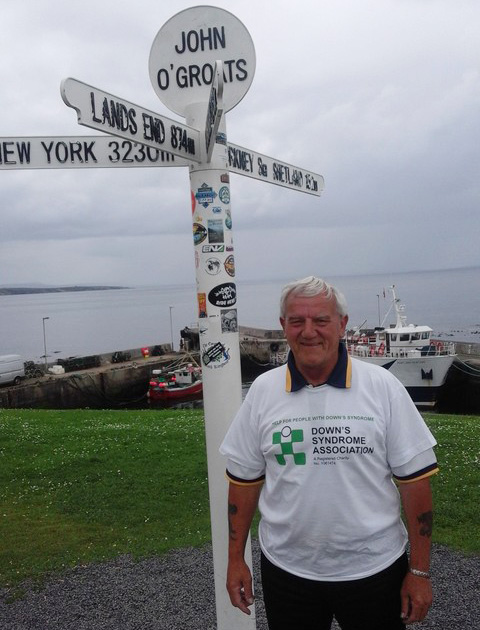 Roy Bromet from Somerset, UK, took a different tact when he attempted his record and decided to rely on public transport – which we all know can be a risky business! 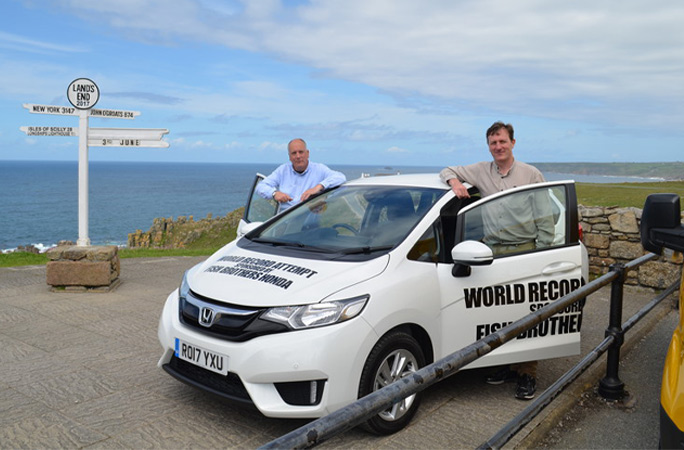 You can find more Land's End to John o' Groats records in Guinness World Records 2020, which is also packed with other journey records set on land, in water and in the air in our Spirit of Adventure chapter. You can also discover amazing features on viral sports, robots and many other fascinating records.