His latest record-breaking feat saw him travel over 2,500 miles to the Sahara Desert, Morocco.

There he attempted the record for the farthest distance covered juggling a football in an hour in one of the harshest environments on earth, working with GoPro to document his journey.

With strong winds, intense heat, and tough terrain to contend with, he was attempting the record in very challenging conditions. To achieve the record, he needed to reach the minimum requirement of 5.55km. How did you come up with the idea for Challenge Sahara?

I’ve done other endurance challenges in the past such as the London marathon and Mount Everest with the ball and it seemed like the next challenge for me was to cross a desert, that’s when I started thinking about the biggest one – the Sahara Desert.

Did you set out to break another Guinness World Records title?

Yes! A huge part of the challenge was to break a Guinness World Records title, it was the perfect setting (even though tough on the sand!) to do the record. There’s lots of open space in the Sahara - so much that it can get scary to think about how far you really are from any civilization. 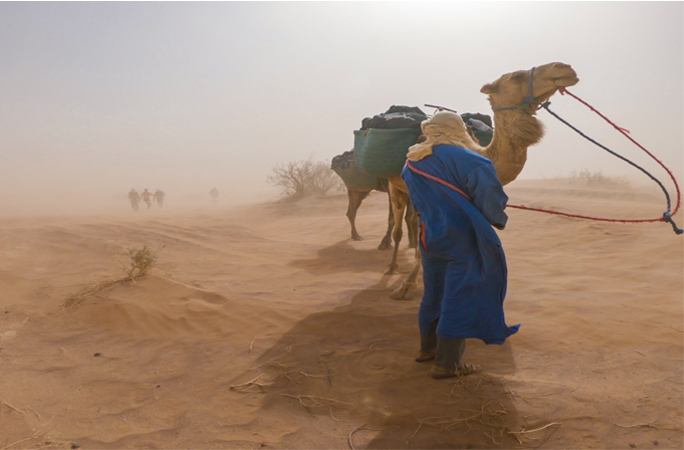 What was the hardest part of the challenge?

The hardest part were the sandstorms! It was incredibly tough to control the ball with all the wind and sand blowing in my face, it was a completely different wind than what I am used to. We had to just get on with it and cover most of the ground over the last two days as the wind finally subsided!

Did anything unexpected happen along the way?

The unexpected element was how the wind could come and go randomly, and there was no shelter or alternative route.

Did you think it was going to be this hard?

I knew it would be tough, but it was harder than I first thought! I trained and prepared as much as possible back home but it’s always going to be more challenging when you are in a new unknown environment. 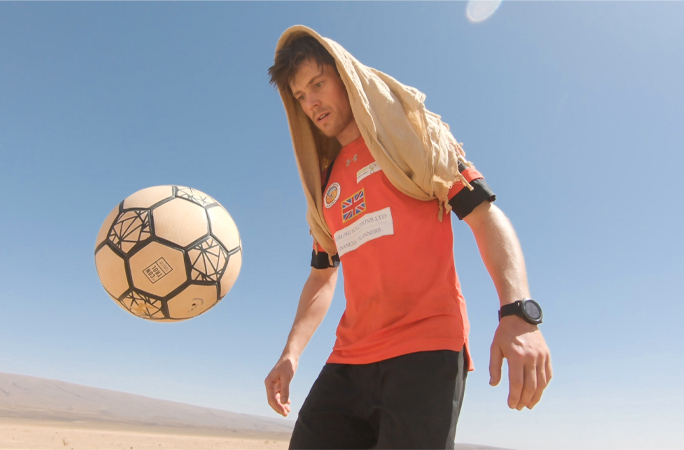 What did the charity element include and what's the outcome?

We were raising money for Derian House which is a children’s hospice in the U.K. I wanted to use this challenge to raise money and awareness for the hospice so that they can continue to care for and support severely sick children. Doing this record and challenge made it all worthwhile knowing that we were making a difference for young people that really do need care and support.

You can donate to John's JustGiving page for Derian House Children's Hospice here.