This year’s BMW Berlin Marathon has been our most popular to date, with runners travelling to Germany from all corners of the world including Australia, Finland, South Africa, USA and the UK, all in the hope of achieving a Guinness World Records (GWR) title.

Of the 12 records attempted, 10 runners were successful in achieving a record title.

First to cross the finish line with a very impressive sub three-hour run was Valtteri Arstila from Finland, achieving the record for fastest marathon in a toga (male) in 2:56:34. 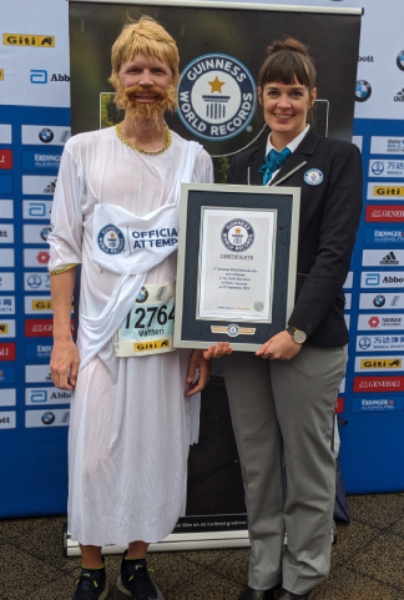 As the successful runners passed the finish line while setting a record, they were congratulated by a GWR adjudicator and celebrated while being presented with their official certificate. 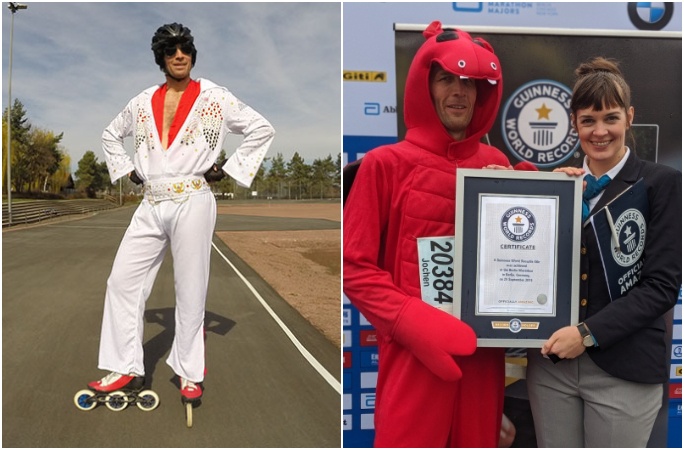 The inline skating marathon took place again this year at the Berlin Marathon and Tõnis Paalme (Estonia) broke the record holder for the fastest marathon backwards on inline skates with a time of 01:38:40, beating the previous record by almost a minute! 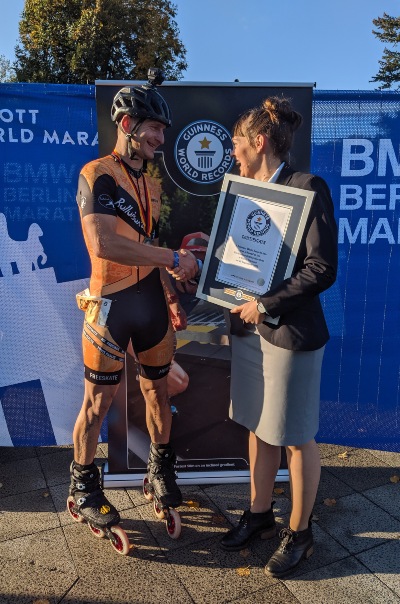 Below is a full list of the records achieved: 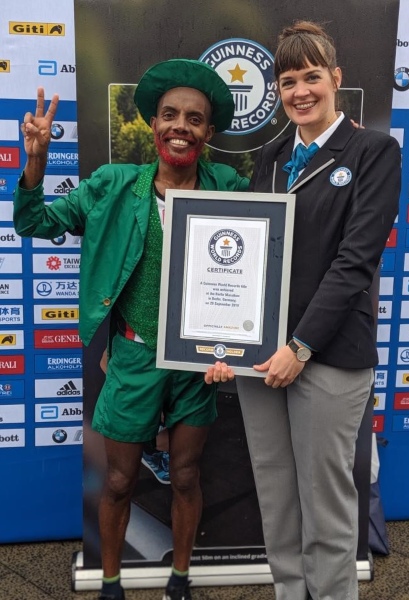 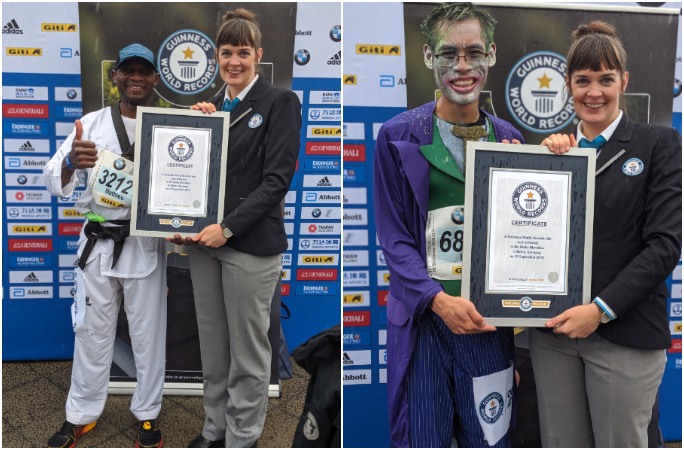 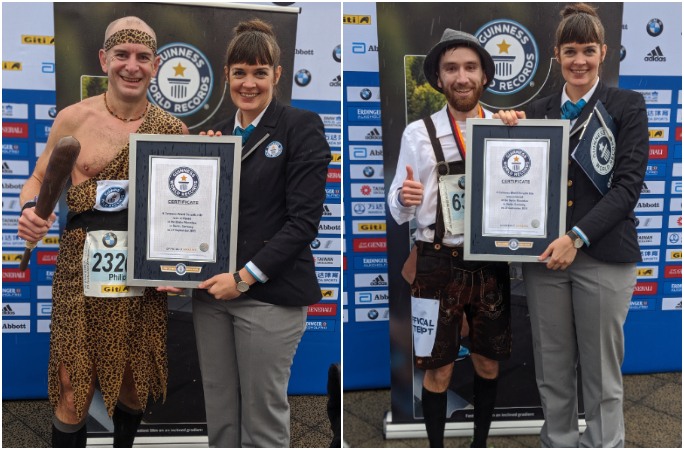 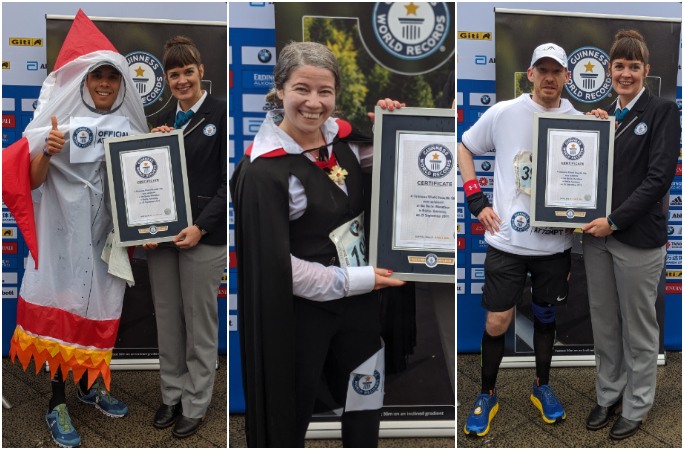 Inspired to attempt a marathon record? Visit our marathon page to find out more about how you could become Officially Amazing