Penguin Awareness Day: 5 penguins that p-p-picked up a record

To mark Penguin Awareness Day (Sunday 20 January), we have delved into our archive of animal records to showcase some of the noteworthy members from this family of much-loved marine birds. 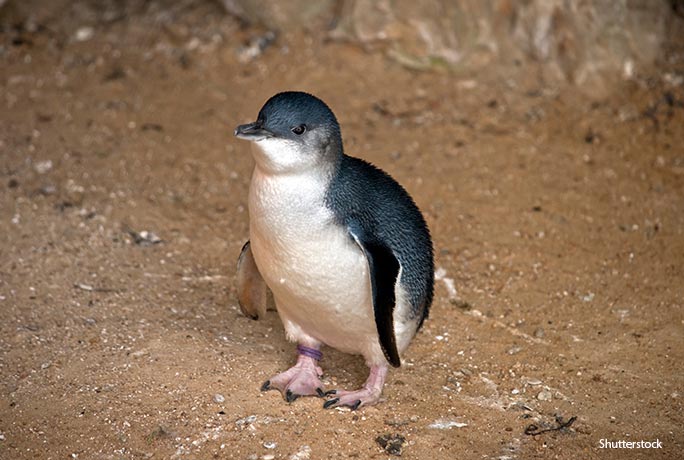 Also known as the little blue penguin (or kororā in Māori), the Smallest penguins are native to New Zealand and the coast of southern Australia and off-lying islands.

They typically weigh around 1 kg (2 lb 3 oz) and on average stand just 30 cm (11.8 in) tall – about the same height as a pug. These Antipodean birds spend about 80% of their lives at sea. When they do venture on land – primarily to moult old feathers, breed and raise their chicks, they live in nesting burrows in sandy areas like dunes.

Despite their petite proportions, fairy penguins can eat about one-quarter of their body weight in fish per day. 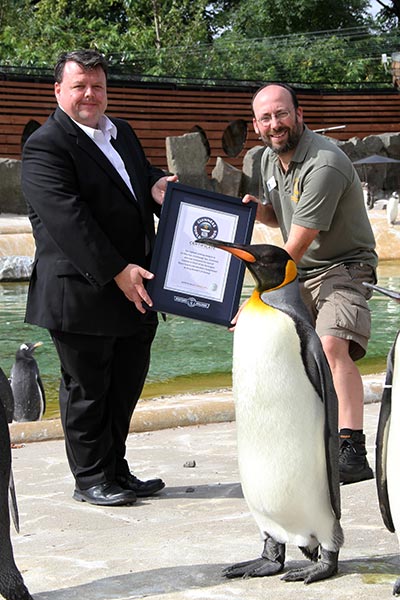 Attention! You’re about to be presented to Brigadier Nils Olav – the world’s Highest-ranking penguin.

The king penguin – a resident at Edinburgh Zoo in Scotland, UK – is not just the mascot of the Norwegian Royal Guards but he has received a knighthood from King Harald V of Norway. 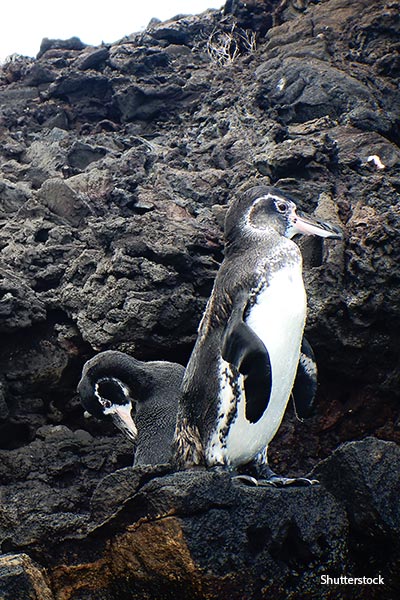 All 17 species of penguin live in Earth’s southern hemisphere, but one species occasionally dips its toe into the north.

The range of the Galápagos penguin – the Most northerly penguin – extends just past the Equator, with their nests sometimes spotted on the northernmost tip of Isabela island in Ecuador’s Galápagos archipelago.

Another less fortunate record worth raising given that this is all about Penguin Awareness Day is that this species is also the Rarest penguin. As of the last count, its population was estimated to number between 1,800 and 4,700 and, as such, it's listed as Endangered by the IUCN. Efforts are underway by conservation groups such as the Galapagos Conservancy to boost their numbers. One method being used is to build much-needed artificial nesting sites, which by 2018 was already seeing some positive results. 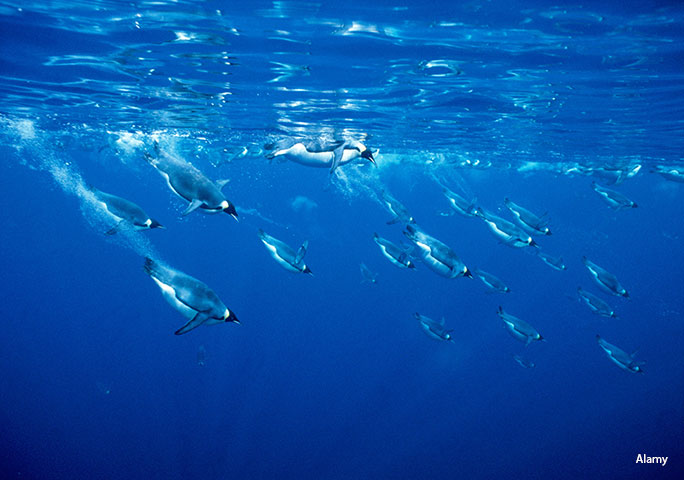 As the world’s Largest penguin (though see "PENGUIN FACT" below), the emperor needs no introduction. Its stoic approach to life on the blizzard-driven ice sheets of Antarctica has been recorded in many documentaries – including recently in the BBC’s Dynasties series. Perhaps less well known are its record-breaking activities at sea.

While penguins on land are some of the least graceful birds, relying on waddling, hopping and “tobogganing” (sliding on their bellies) to get around, in the water it’s a whole different story. Their wings have evolved into flippers, making them some of the most sophisticated avian swimmers, capable of propelling themselves far below the surface in pursuit of fish.

PENGUIN FACT: Emperors are the largest living species of penguin, but they're not the biggest of all time. The now-extinct colossus penguin stood up to 2 m (6 ft 6 in) tall and weighed as much as 115 kg (253 lb 8 oz), making it the Largest penguin ever. 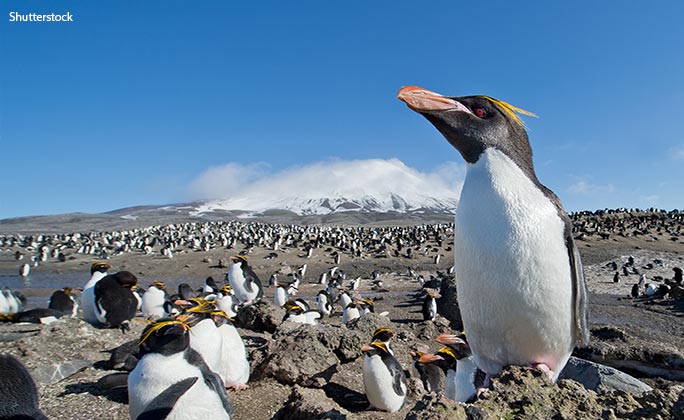 At the other end of the scale to the Galápagos penguin (above) is the macaroni. With an estimated 6.3 million pairs living on the Antarctic Peninsula and various subantarctic islands in the Atlantic and Indian oceans, this species is the Most common penguin.

That said, it’s still classified as Vulnerable given that its population has worryingly dropped by almost one-third since the 1990s.

These birds – distinguished by their yellow-orange crests reminiscent of bushy eyebrows – got their name not from the famous cheesy pasta dish, but from a hat decorated with feathers favoured by fashion-conscious dandies in the 18th century.

Check out more amazing animal feats in Guinness World Records: Wild Things, out now in shops and on Amazon.