Kenyan runner Eliud Kipchoge has made history after setting a new fastest marathon time of 2 hours 1 minute and 39 seconds at the BMW Berlin Marathon.

The 33-year-old shaved more than a minute off of the previous marathon world record of 2:02:57 which was set by fellow Kenyan Dennis Kimetto four years ago, also in Berlin. 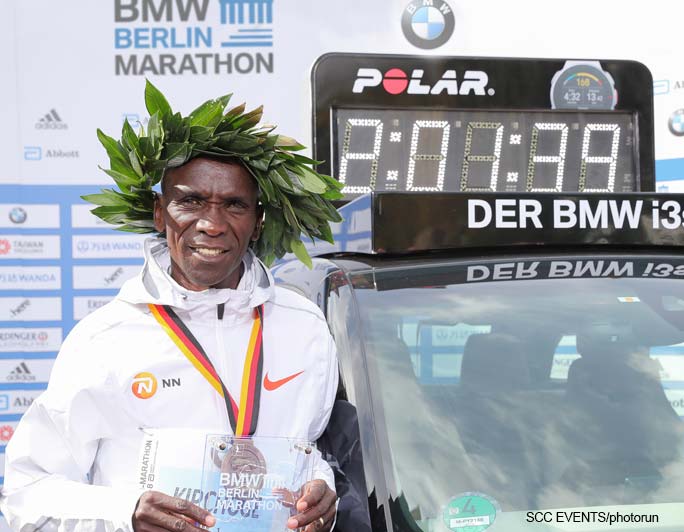 His amazing achievement on Sunday (16 September) of course means he now holds the Guinness World Records title for Fastest marathon (male), as well as the Fastest time to run the Berlin marathon (male).

What an amazing day!

I want to thank my coach Patrick Sang, my team mates, my management, Nike and NN. A special thank you to my fans for your support! pic.twitter.com/uCh2wCh3sQ

Kipchoge's fantastic time means the elusive sub-two hour marathon is now within tantalising reach. In 2017 he clocked 2:00:25 but this attempt was not classed as an official attempt due to the use of in-out pacemakers.

But on top of Kipchoge's time, four other Guinness World Records titles were set at the Berlin Marathon. 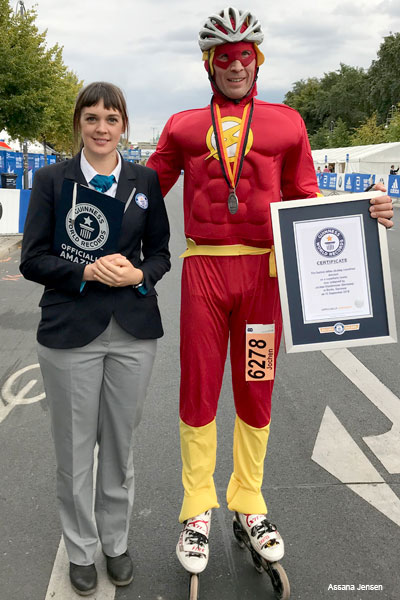 43-year-old Jochen has been competitively inline skating since 1997 and crowned German champion twice, but felt a Guinness World Records title would be a great addition to his achievements.

The following day three more records were broken in the amateur's running marathon. 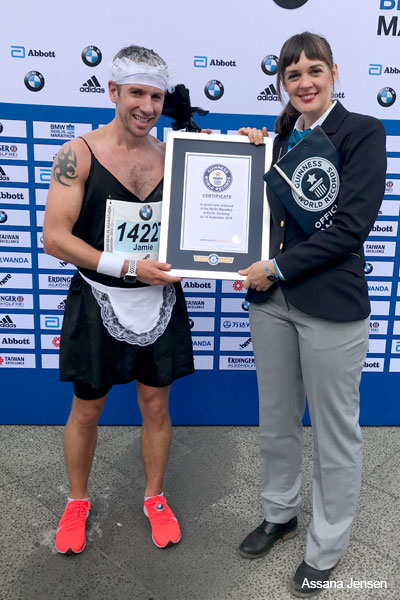 The first Guinness World Records runner to cross the finish line on Sunday (16 September) was Brit Jamie Buckland who broke the record for Fastest marathon dresses as a French maid (male) with a time of 03:02:56.

This record had been broken just hours earlier in the Sydney marathon by Josh Hall (Australia) with 3:10:42, putting a bit more pressure on Jamie's run! 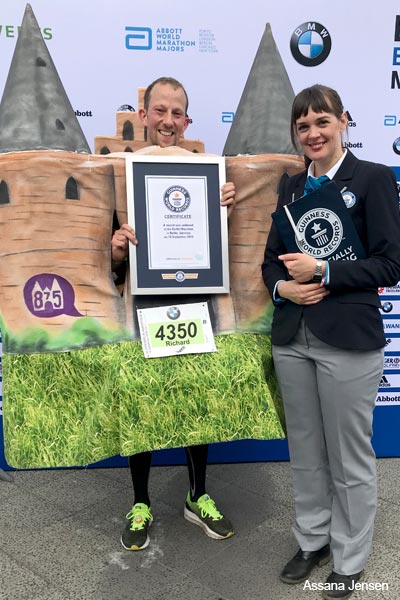 Next was Richard Mietz (Germany) who broke the record for Fastest marathon dressed as a landmark (male) in 03:34:34.

Richard wanted to combine two of the things that mean a lot to him; firstly the Berlin Marathon which he has been running for years and was the backdrop to the proposal to his girlfriend two years ago.

"The ring was running the whole marathon with me," he said.

Secondly, the town of Lübeck, where he has lived for more than 10 years. Therefore he decided to run his 11th marathon dressed as Lübecker Holstentor, an old city gate located in the town. 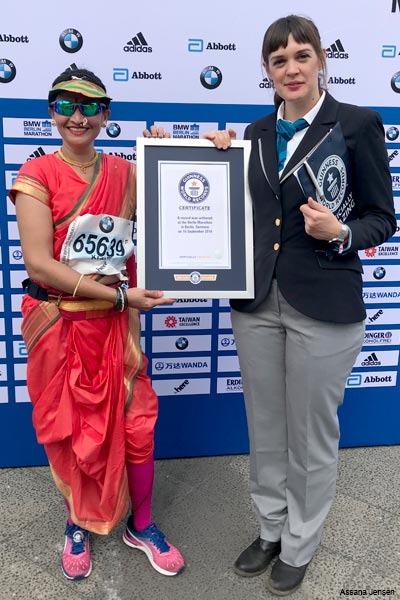 The last new record holders is Kranti P. Salvi (India). With a time of 03:57:07 she broke the record for Fastest marathon dressed in a sari (female), almost an hour under the previous record of 04:45:30, set by Jayanthi Sampathkumar (India) in Mumbai, India, earlier this year. Kranti ran in a nine-yard Sari.

Their achievements come off the back of the Virgin Money London Marathon in April where 34 new records were set.