Become a record holder at the 2018 Scotiabank Toronto Waterfront Marathon

For the eighth consecutive year, Guinness World Records is pleased to announce its partnership with the 2018 Scotiabank Toronto Waterfront Marathon to provide runners the opportunity to make history when crossing the finish line on Sunday 21 October.

Since 2010, more than 40 runners have tried to make history to fulfill a personal goal or creatively bring attention to a charity or cause through their record attempts.

This year, runners have already begun submitring applications with the hopes of making the 2018 race their most memorable yet. 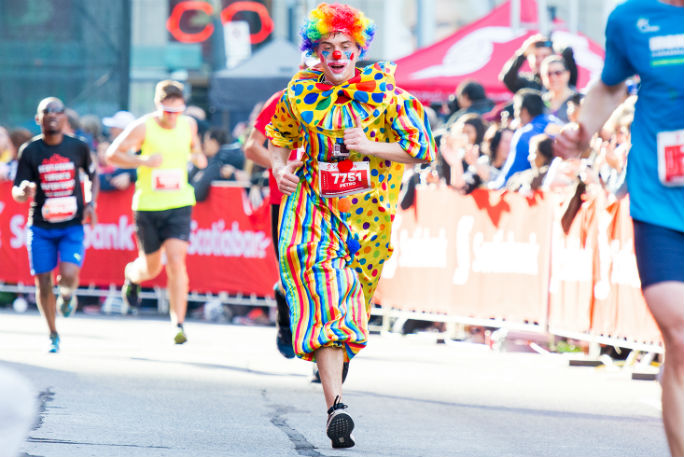 Daniel Janetos, who broke the Guinness World Records title at the 2017 race for the Fastest half marathon dressed as a chef (male) to assist with generating funds for the National Wildlife Rehabilitation Foundation will be returning this year to better his title and continue his support for the foundation.

For any of the attempts, a charity partner is not required to attempt a Guinness World Records title.

Canada Running Series reserves the right to deny entry into the 2018 Scotiabank Toronto Waterfront Marathon if the costume is deemed to be inappropriate or violate health and safety regulations. 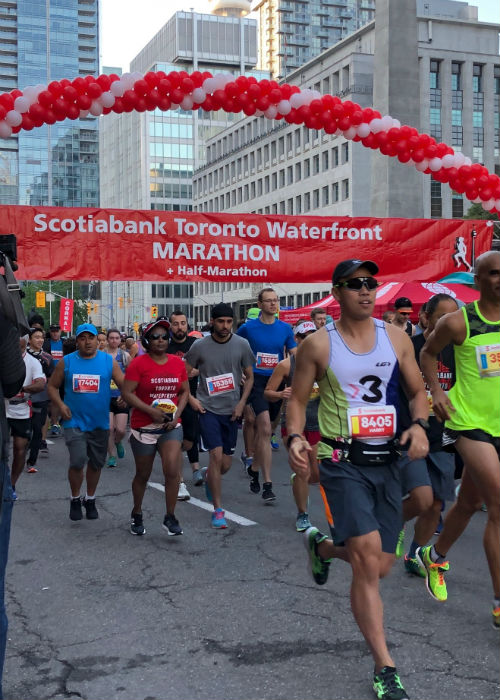