How and why the world's tallest hat was created

By Kristen Stephenson
Published 15 May 2018

Odilon Ozare’s creation can be spotted from a hundreds yards away.

The 40-year-old is a huge fan of the top hat, and explained why he's so enthusiastic about them.

"Hats have always been used to enhance the greatness of the wearer. The taller the hat, the greater the wearer. Who is the greatest American? Abraham Lincoln. Why? In part, because of his top hat!”

Odilon has made hundreds of hats during his career as a milliner, and wishes to see them become more mainstream. On the days he isn’t stretching felt over hat shape forms, he’s thinking up new designs and sketching ideas. 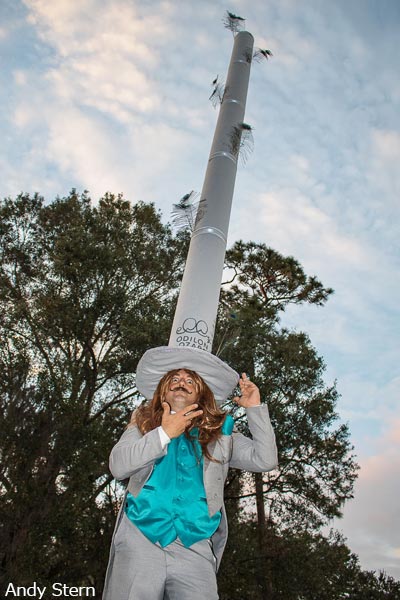 It’s a passion he's had since childhood, when his grandmother first introduced him to the art of hat-making.

"My grandmother was always into different crafts, including sewing clothes and hats. She always got me unorthodox presents, including some materials to make a hat one year. She was just trying to think of ways to keep me out of trouble. For some reason, the hat making stuck."

Interestingly enough, while Odilon’s grandmother first helped him learn his record-breaking trade, it was his grandfather who indirectly inspired him to go after his record title.

A small doll that his grandfather once had was given to Odilon after he passed away, a figure which he recalled being dressed in similar uniform to his grandfather’s time in the Korean War.

“I immediately had a connection to it and over time it became an extension of me. I began to call it 'Little Odie'. Like my grandfather dressed it in military fatigues, I started dressing it in tailcoat suits like myself.

"One day I was making the doll a top hat with a rolled up piece of paper. I was about to cut it and I paused a moment, covered the entire tube with wool felt and made the hat 11 inches which is ridiculously tall for a 9-inch doll.

"That inspired me to start making a matching one for myself. Since I was a small boy I’ve always followed Guinness World Records title holders, so as I was making the hat I thought to inquire about the record and soon found that mine was in fact a contender - and I started the process for proving it.” 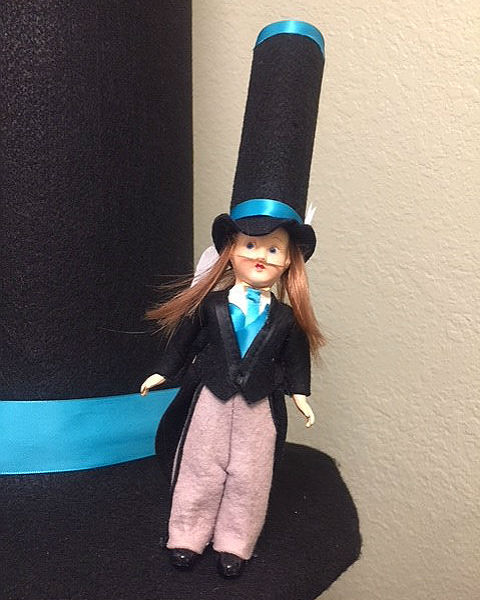 Part of that process included having Odilon wear and carry the enormous hat more than ten feet without it toppling over.

After constructing his first prototype - which took hours of labour - a strong gust of wind sadly blew it to the ground, crushing the masterpiece.

Forced to restart the process, the craftsman was determined to get his name in the record books and prove his capabilities as a milliner.

"It was the most difficult thing I’ve ever accomplished and I’m really proud of myself for completing the process. There were many times I felt like giving up, that it was impossible, but I learned that nothing is impossible." He is pleased with the feedback of his accomplishment, and is happy that his talent can be appreciated by so many.

"I hope that people get inspired to attempt their own Guinness World Records title. As humans we are always looking to challenge ourselves, whether it’s climbing a mountain or running a marathon. I feel like Guinness World Records is, and always has been, a way of challenging oneself in an infinite number of ways. There is a record every man, woman and child in the world was built to achieve, they just have go for it. The new online database of records is a great place to start."