Rainbows are beautiful, but they tend to disappear before you can take many photos – but when one appeared in Yangmingshan, Chinese Taipei on 30 November 2017, it remained for an unprecedented 8 hours and 58 minutes.

It became the Longest lasting rainbow observation, beating the rainbow that arced over Wetherby, Yorkshire, UK for six hours on 14 March 1994.

The rainbow was monitored by the Chinese Culture University, which is on a mountainside to the north of Taipei. 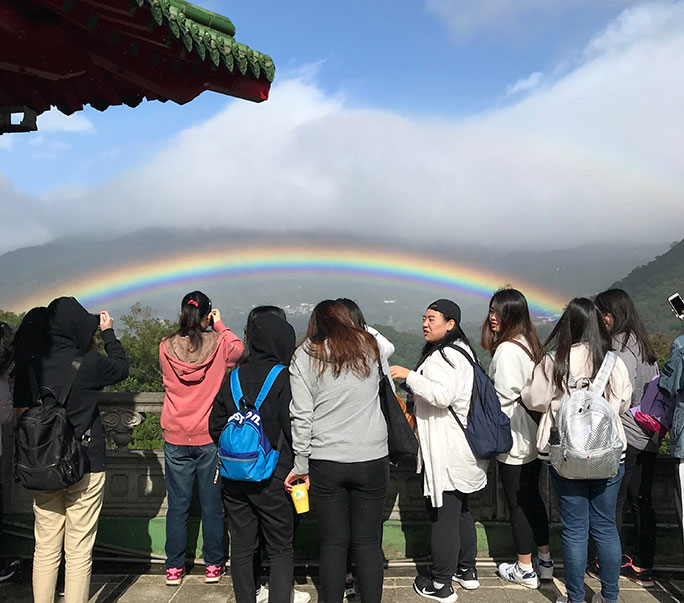 The location of the university, which has multiple observation decks, combined with the typical atmospheric conditions and the daytime angle of the sun at the end of November created a perfect set of conditions for rainbow observation from the elevated university campuses.

The science behind the record

Aside from providing us with an astonishing view, do you know how a rainbow is formed and why this one was able to last such a long time?

The formation of a rainbow involves multiple factors and conditions, particularly the volume of water vapour present in the atmosphere, direction of sunlight and the position of the observer.

A rainbow is observed when white sunlight enters a raindrop and undergoes a refraction and reflection process in the back in the spherical raindrop.

The result causes the light ray to disperse into its primary colours on the angle of reflection and/or refraction (red, orange, yellow, green, blue, indigo, violet). When this process is repeated for multiple raindrops in the atmosphere, the resulting reflecting light rays end up hitting the back of the observer’s eye to create the phenomena.

This only occurs when the observer is positioned between the mass condensed water vapour in the air and the position of the sun in the sky. This is why rainbows only occur when you look away from the sun and look towards the rain shower. 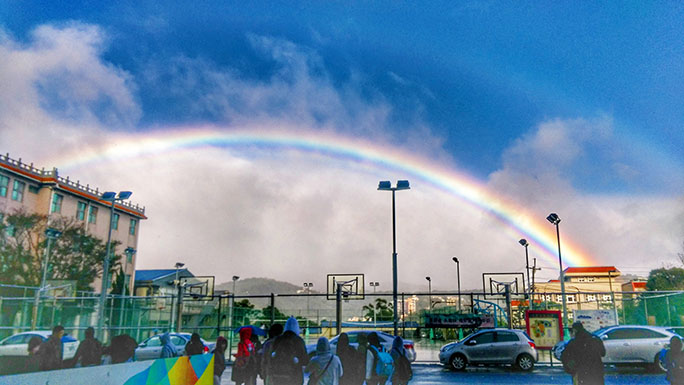 Unfortunately, rainbows do not last that long when observing them from one location due to the sun moving across the sky and the water vapour ceasing to exist. You have to have perfect conditions to get the most out of your rainbow.

Fortunately for the Chinese Culture University in Chinese Taipei, they had the right conditions. In late November, the northeast monsoon arrives and the wind brings with it water vapor from the sea to the Datun Mountains, where Yangmingshan Mountain is located. 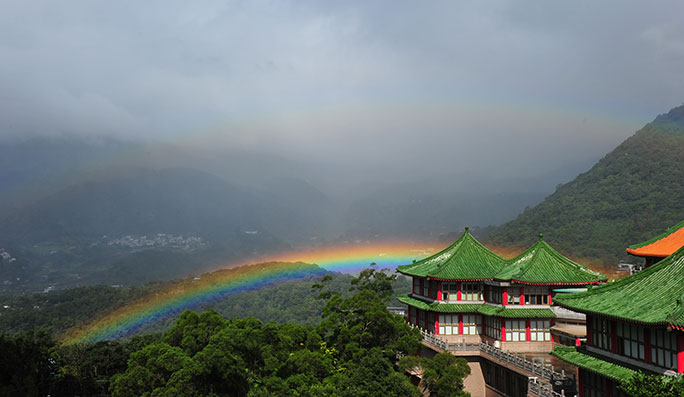 The existence of an inversion layer causes a large number of water droplets to condense and accumulate on the hills on the northeast side of Chinese Culture University, but the south still has clear weather.

Due to the weak prevailing winds, the volume of water vapour remains in the air for significantly long periods of time. Then, when sunlight shines through the clouds, rainbows are formed. 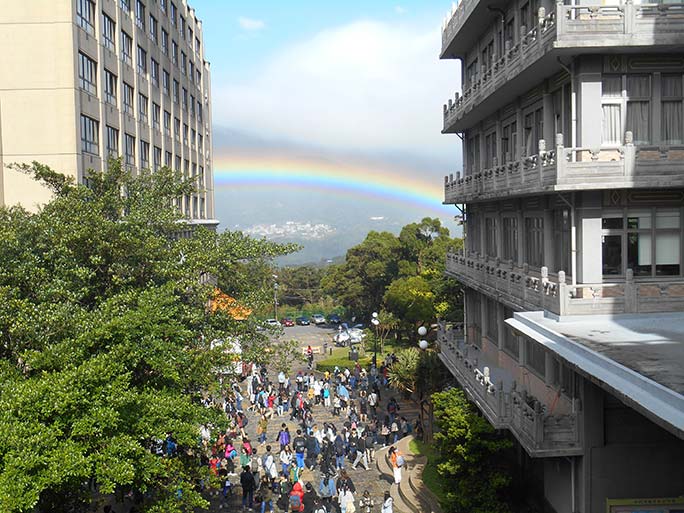 People on ground level were unable to see the rainbow for the full 8 hr 58 min because the angle of the rainbow changed as the sun moved throughout the day.

Fortunately, the phenomena could be observed due to university campus being split across multiple elevated locations on the side of the mountain.

Multiple students in the multiple locations observed several rainbows continuously from northwest to the northeast, before it finally vanished. 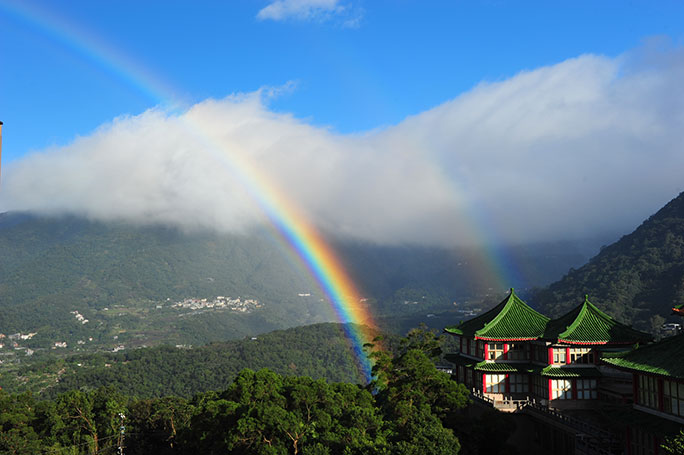 At least one rainbow could be observed at any one time, with up to four rainbows reported in one instance.