Rising country singer Kane Brown has made his mark in the music industry after becoming the First act to top five US country charts simultaneously.

His hit tracks have driven him to the top of the following Billboard charts: Country Digital Song Sales (for his single, 'Heaven'), Country Airplay, Hot Country Songs, Country Streaming Songs (with 'What Ifs' featuring Lauren Alaina), as well as the Top Country Albums (Kane Brown) - making him a record breaking success at the age of 24. 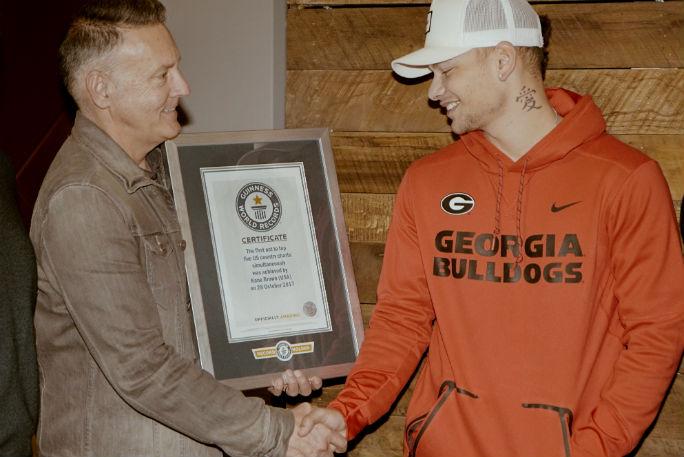 In celebration of his achievements, Guinness World Records has honoured the songwriter with an official certificate in Nashville, Tennessee.

"I attribute my success to my fans for helping me get to where I am today. Music has been a huge part of my life and I feel like it’s a part of everyone’s. I love to sing and never thought I’d be able to do it and it happened for me."

It also features some of his best known songs including the gold-certified single, 'Heaven', and double platinum-certified 'What Ifs' featuring American Idol contestant Lauren Alaina, who also happens to be his friend and former middle school choir classmate.

But it was on 28 October 2017 that everything came together for the 24-year-old.

After release the deluxe edition of his album, Kane Brown, he claimed top spot on the Billboard Top Country Album chart from Shania Twain, surging from #5 to #1 in one week. 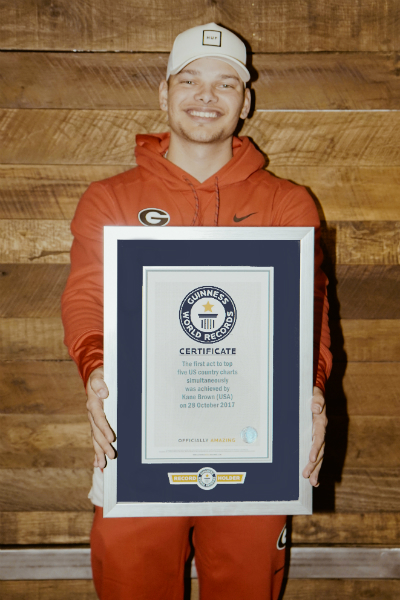 Meanwhile the popularity of his single, 'What Ifs', meant it topped the Hot Country Songs from 21 October 2017 - when it dethroned Sam Hunt's 'Body Like A Back Road' which had been #1 for 34 weeks - for five weeks through to 18 November.

'What If's also sat atop the Country Airplay chart with an impressive 45.9 million audience impressions and registered 11 million streams which took it to the summit of Billboard’s Country Streaming Songs list.

And at the same time 'Heaven' reached #1 for Country Digital Song Sales with 'What Ifs' not far behind at #3.

“It feels awesome to be a Guinness World Records title holder and to be the first artist to achieve this with Billboard. I remember being in elementary and middle school and looking at the books for all of the records, and I can’t believe my name gets to be in there now.”

Kane is also a nominee for the upcoming 53rd Academy of Country Music Awards, which comes as no surprise given his platinum album.

He added he's very grateful to have a passion that relates well with his fans and advises anyone who is interested in pursuing a Guinness World Records title to be persistent and “never give up”. 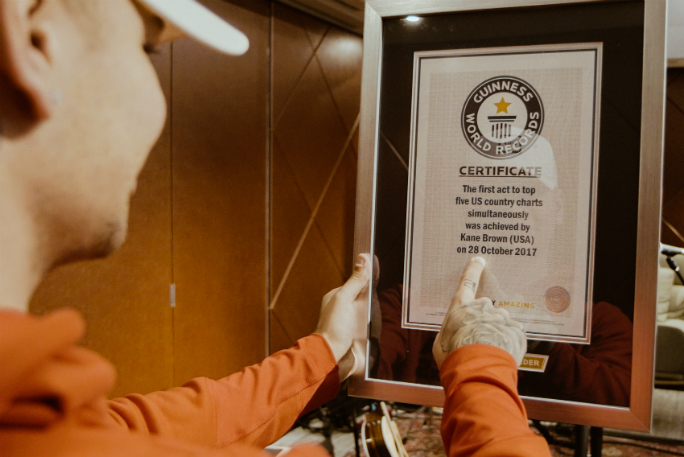