Not many 10-year-olds are as dedicated as Parker Lupher, who set his heart on getting a Guinness World Records title after achieving a personal best at Incline Gymnastics Company in Highland Ranch, Colorado.

He was encouraged to go for the Most double leg circle rotations on a mushroom trainer in one minute title by his gym coach.

"I knew I could beat it," say Parker.

He managed to break the previous record by three 360-degree rotations, setting a new mark of 68 double leg circle rotations.

Asked how he felt after breaking the record, the young gymnast said: "I was super happy and incredibly tired. It's hard to do that many circles in one minute."

"A lot of my friends did not believe me at school but then after I showed them the video they thought it was so cool. My teachers want me to be a part of an assembly to talk about my record and how I worked hard to get it." 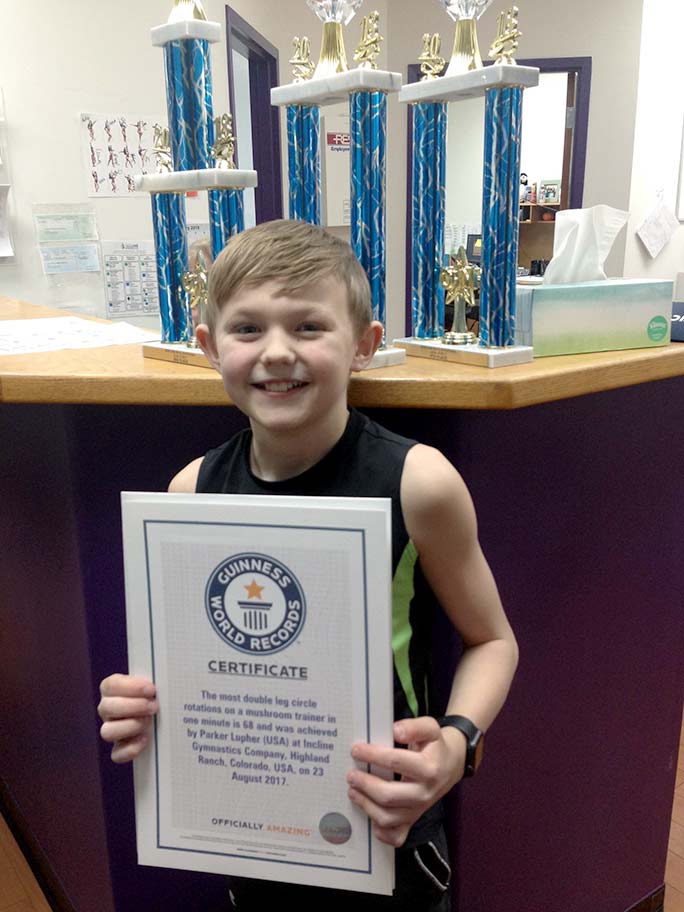 As you’d expect, his mum Mandi is incredibly proud of her son: "It has been a very fun experience for our whole family. After submitting the application, I was proud of the patience he showed in waiting. And then I was proud of his courage to try in front of a whole bunch of people. Now I can say I know a world record holder!"

"I think I can keep working on improving how many circles in a minute and maybe set the record for most total circles," says Parker.

If he's achieved this by the age of 10, maybe one day he’ll be able to challenge the Most Thomas flairs on a pommel horse in one minute, a record currently held by British Olympic gymnast Louis Smith and equalled by Alberto Busnari from Italy. Who knows?