A competitive bodybuilder has successfully pulled a tow truck and car weighing more than 11 tonnes to raise money for charity.

Nardia Styles from Queensland, Australia, earned the title for Heaviest vehicle pulled over 100 ft – female heaving a truck and car with a combined weight of 11,355 kg (25,033.5 lb), almost three tonnes heavier than the previous record.

Nardia has always been active, and used to enter fun runs and half marathons. However, after suffering various injuries from running, and on the recommendation of some friends, she decided to take up strength training and body building competitions instead.

Nardia was inspired to attempt a Guinness World Records title after meeting Derek Boyer, a personal trainer who holds multiple record titles, including the Most bench presses of a person in one minute, the Fastest time to roll a car 10 times, and the Longest duration holding a 500 kg weight with shoulders. Derek also held the record for Heaviest vehicle pulled over 100 ft - male, most recently in 2005.

"After chatting with him I became aware of his various records and realised just how passionate, driven and extraordinary he is," Nardia said.

"His all consuming passion for what he does is inspiring and when I decided I wanted to pull a truck I knew I had the right trainer for the job." 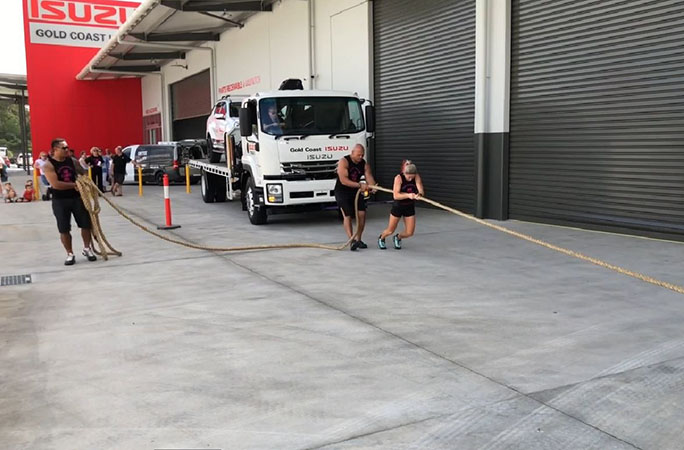 Nardia had a gruelling training regime to prepare for the attempt. "The training for the record was some of the hardest training I have ever done," she confessed.

"We spent many sessions outside in a car park with a weights sled strapped to my hips with 480-500 kg on it to try to replicate the action of pulling a truck."

Despite rigorous training, Nardia still felt a bit daunted by the attempt, sponsorship of which was going towards the White Ribbon Foundation and Barnardos Australia.

Nothing like a little bit of moonlight truck pull training. The boys at Gold Coast Isuzu going above and beyond yet again and helping out with training 💗 big day not far now. If you havnt seen the record attempt for #pullingforprotection us on this Saturday at the Arundel Isuzu truck yards at 9:30-10 am , let’s help protect those that can’t protect themselves 💗#charity #fundraiser #domesticviolenceawareness #noexcuseforabuse #childprotection

Writing on Instagram, she said: "Nothing like a little bit of moonlight truck pull training. The boys at Gold Coast Isuzu going above and beyond yet again and helping out with training 💗 big day not far now. If you havnt [sic] seen the record attempt for #pullingforprotection us on this Saturday at the Arundel Isuzu truck yards at 9:30-10 am , let’s help protect those that can’t protect themselves 💗#charity #fundraiser #domesticviolenceawareness #noexcuseforabuse #childprotection."

Speaking to Guinness World Records afterwards, she added: "Leading up to it I was incredibly nervous, as it was now going to be a large event with an MC and 80-100 people there, rather than just me breaking a record."

However, having the crowd around her helped Nardia dig deep and achieve the incredible feat. The White Ribbon Foundation is a global movement of men and boys working to end male violence against women and girls, and Barnardos Australia helps children suffering from abuse.

Raising money was one of Nardia's main goals, as well as receiving the record title.

"I feel really passionate about protecting those that can't protect themselves and I also like to try to empower women and get women to support each other.

"My two closest friends have suffered from domestic violence and child abuse previously which also made it a matter close to my heart."

"This year in Australia, 61 women have been killed so far by men, and on average one woman every week is killed by her partner or ex-partner. I believe that creating more awareness will help those suffering to speak out and encourage more people to report suspected cases." 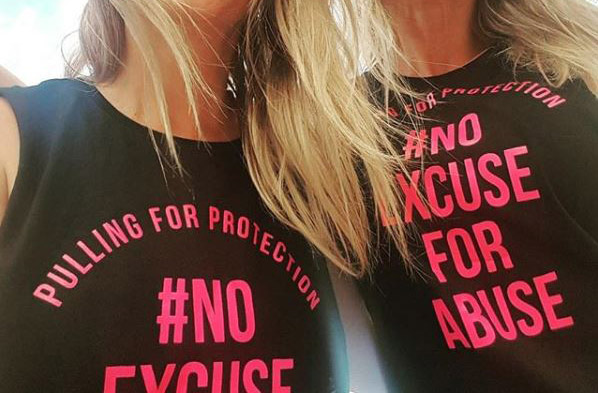 After the attempt, which took place at the Gold Coast Isuzu truck dealership with the truck also supplied by Isuzu, Nardia reflected on what her title meant to her.

"I feel really proud to have achieved this in my life and especially at 42. I also feel extremely grateful to have had the opportunity to do this and so thankful for all the amazing support I was given."

However, Nardia wants to get back to record-breaking soon, and is currently contemplating what group record she can do with a few of her strong lifting sisters!