Two brothers with incredible strength and balance have set a new record for the Fastest time to descend and ascend ten stairs while balancing a person on the head (blindfolded).

Vietnamese circus duo Nghiep Giang Quoc and Giang Quoc Co set the daring record on the set of La Notte dei Record (The Night of Records), a TV series on Italy’s TV8 which featured record holders from around the world. 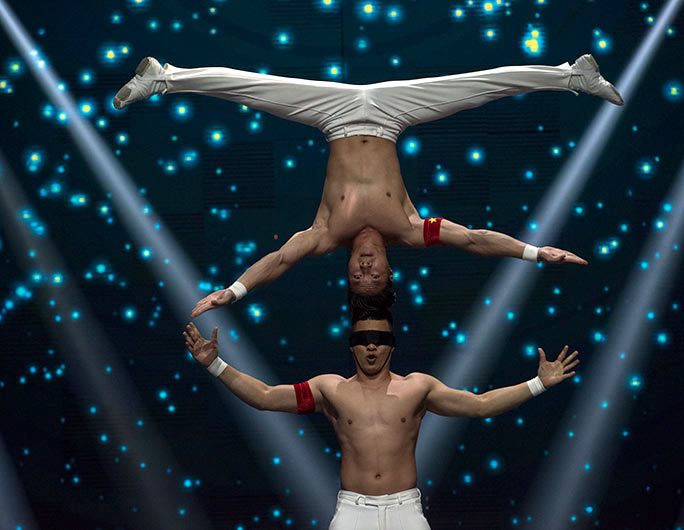 Nghiep balanced upside down on his brother's head (who was also blindfolded) at the top of the temporary staircase on the studio floor before the pair made their descent. 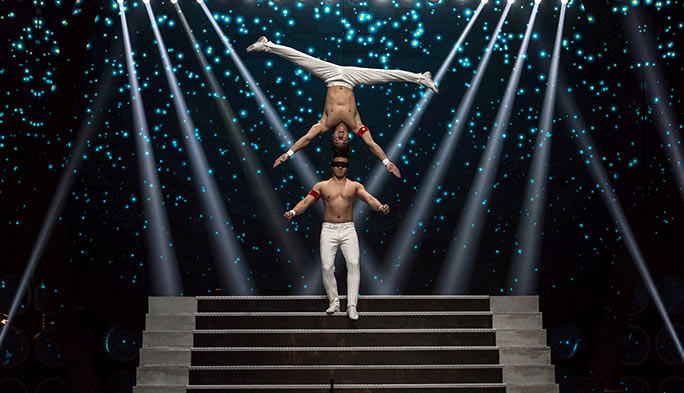 The brothers managed to avoid any trips though and set a new record of 53.97 seconds. 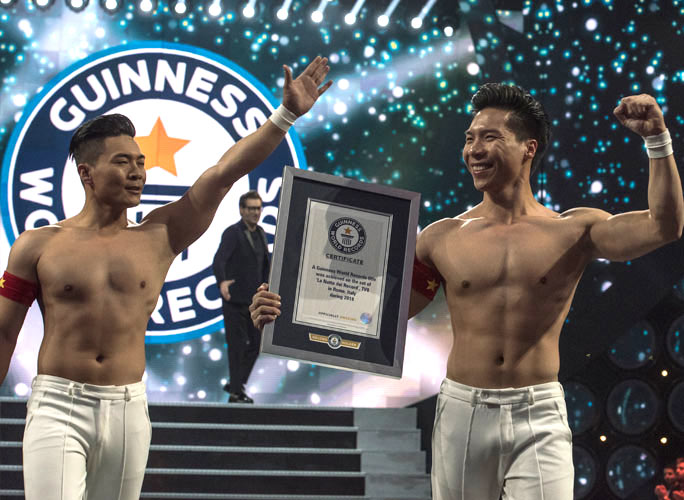 The duo are no strangers to record breaking either.

In December 2016 they Most consecutive stairs climbed while balancing a person on the head, ascending the 90 steps outside Saint Mary's Cathedral in Girona, Spain.

However this record was broken on 29 October when Pablo Nonato Panduro and Joel Yaicate Saavedra from Peru climbed 97 stairs.