10 food and drink records which whetted our appetites in 2018

Whether it's big food, expensive drinks or speed-eating, 2018 has seen another fantastic array of food records broken.

As part of our round-up of 2018, we look at 10 records from the world of food and drink which were set during the past year. 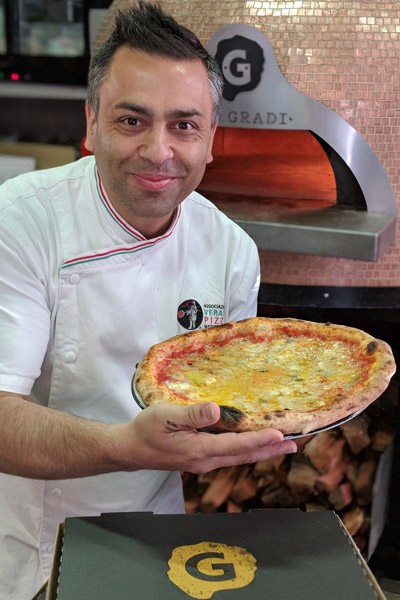 Greatest variety of cheese on a pizza

Johnny Di Francesco (Australia) was already the creator of something legendary.

In 2014 Teenage Mutant Ninja Turtles was released featuring a 99-cheese pizza – which was an invention of his. When a new record for the Greatest variety of cheese on a pizza was set with 111 in Berlin, Germany, in March this year, Johnny was determined to out-cheese it.

He eventually created a pizza with 154 varieties at ‘400 gradi’ restaurant in Melbourne, Australia, 5 September. 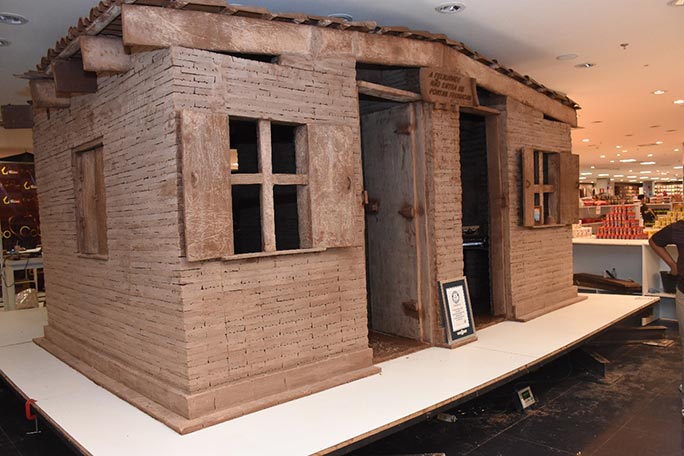 The Brazilian A casa do Chocolate (The House of Chocolate) team created a sculpture in Uberaba, Minas Gerais, Brazil, on 1 April.

The sculpture has an area of 15 m and a height of 2.40 m, it is a depiction of a wattle and daub house with interior elements also made of chocolate: these elements included jars, cups, a chair, desk, typewriter a wood stove and even a pen!

All of the chocolate used was past its sell by date and not fit for human consumption. It took the team 13 days to complete, and after some initial difficulty getting the strength of the support structure right, the sculpture which weighed 10, 488 kg (23, 122.08 lbs) was finally ready for show.

The drink included 23 karat edible gold, donkey caramel sauce and Madagascar vanilla beans in its ingredients and was served in a glass coated in 3,000 crystals provided by Swarovski and designed by Crystal Ninja. The biscuit was distributed after the ceremony to employees, and a portion was sent to a social event in a nearby village. 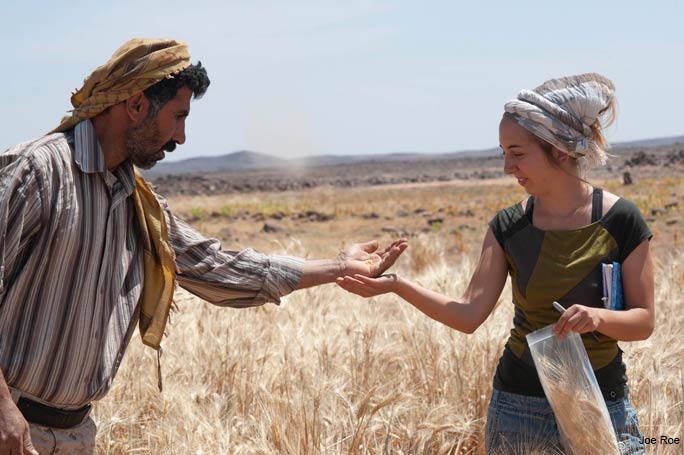 A big discovery in the history of bread was made this year, shedding new light on the origins of this staple food.

The Oldest bread is 14,400 years old and was discovered by the University of Copenhagen Archaeological Research Group in Black Desert, Jordan, on 12 June. The bread would have looked like flatbread and tasted a bit like todays multigrain varieties. The crumbs were found in a fireplace at an archaeological site known as Shubayqa 1.

Meanwhile over in Egypt the remnants of the first solid cheese dating from the 13th-century BCE was found in the tomb of Ptahmes, the mayor of the ancient city of Memphis in Egypt. Samples of the “solidified whiteish mass” helped chemists come the conclusion of it actually being a dairy product. Signs of cheese making can be traced back to have a history spanning 7,400 years, and mostly found in China this was the first evidence to be found in Egypt.

Between Egypt and Jordan then, we have one very old meal! 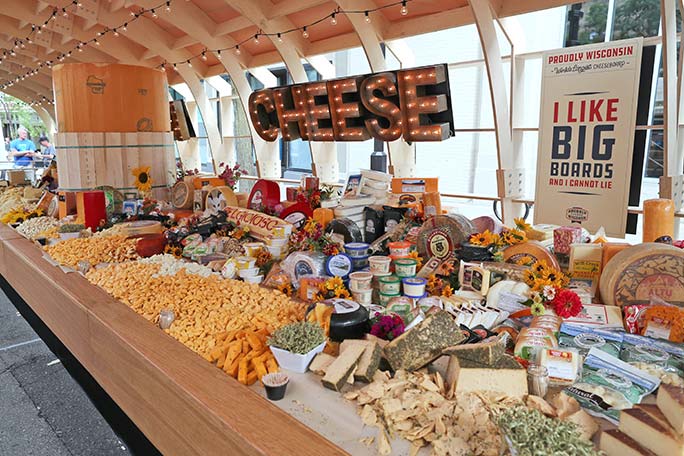 The record for the Largest cheese board was broken for the first time since 2015 by the Dairy Farmers of Wisconsin (USA) in Madison, Wisconsin, USA, on 1 August.

Organisers handed out 2,000 cheese boards to visitors while leftover cheese was donated to the Second Harvest of Southern Wisconsin food bank. 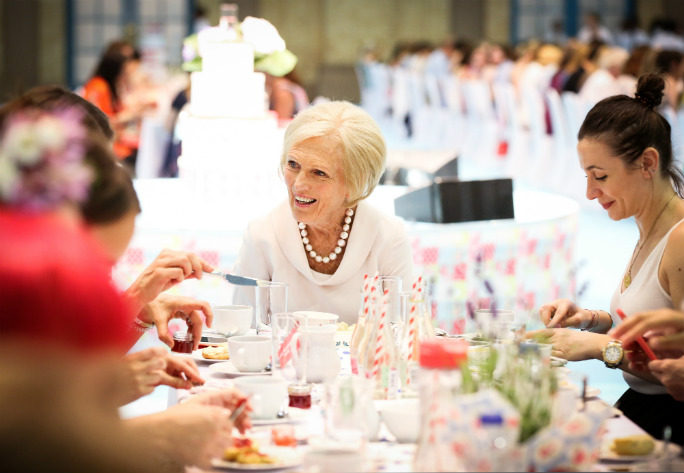 This record was set in the main hall of Alexandra Palace, London, UK on 1 July with 978 people attending the Cath Kidston-organised attempt.

Cath Kidston put on the event to celebrate its 25th anniversary with Mary Berry as special guest.

Everyone who attended was given tea and a scone with jam and cream were laid out on the table. All scones were vegan friendly and there was alternative cream for vegans and those who were lactose intolerant. The event raised £11,000 which was donated to the Friends of the Elderly charity.

Most baby food eaten in one minute

Andre Ortolf is a prolife record breaker and on 22 February he added this food-related title to his name.

Andre consumed an impressive 1, 050 g (2lb 5 oz) of soft mushy human baby food, improving on his own record from two years before when he managed to swallow 808 g.

And don’t think this is the limit of Andre’s abilities. The young German has held records for the Most peanut butter consumed in one minute and Most mustard (bottle) drunk in 30 seconds.

Fastest time to drink one litre of gravy

Steven Ruppel (US) became the record holder when he consumed a litre of gravy in 1 minute 12.5 seconds.

Steven is a fan Campbell’s canned chicken gravy and likes it so much he used it in his successful attempt at Ruppel Chiropractic in Wausau, Wisconsin, US, on 25 April.