International Day of the Girl: 7 female record holders for girls everywhere aspire to

11 October marks the International Day of the Girl – a time when people and groups around the globe come together to highlight, discuss, and take action to advance rights and opportunities for girls everywhere.

The goal of the movement is "to help galvanize worldwide enthusiasm to better girls' lives, providing an opportunity for them to show leadership and reach their full potential" which overlaps significantly with some our best and brightest women record holders.

To celebrate this day and support amazing and inspiring women of all ages around the world, here’s a list of outstanding female title-holders for girls everywhere to aspire to. 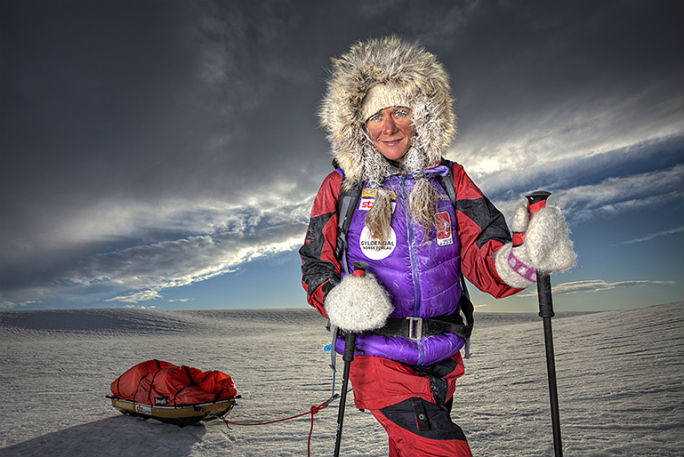 Adventurer Cecilie Skog (Norway) has broken multiple Guinness World Records titles. In 2006, she claimed the title for the Shortest time taken by a female to reach the three extreme points of the Earth: Mount Everest, the North Pole and the South Pole (also known as the Three Poles) in 1 year 336 days. She summitted Mt Everest on 23 May 2004, reached the South Pole on 27 December 2005, and finally claimed the North Pole on 24 April 2006.

Cecilie also holds the record for The fastest unsupported trek to the North Pole by a female which she achieved in 48 days 22 hours. She left Ward-Hunt Island with teammates, Rolf Bae and Per Henry Borch (both Norway), on 6 March 2006 and reached the North Pole on 24 April 2006. 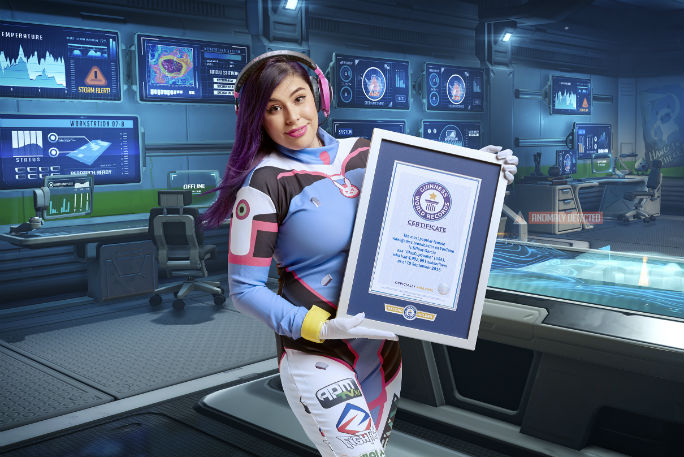 A "true geek" who loves to "make people smile", iHasCupquake – a.k.a Tiffany Herrera from Los Angeles, USA – achieved the record for Most subscribers for a female games broadcaster on YouTube with 5,461,793 subscribers to her games channel as of 29 March 2017. 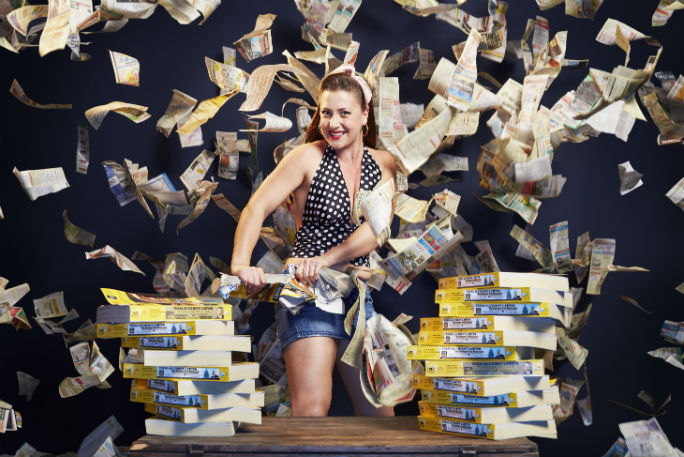 Linsey “Mama Lou” Lindberg is an American strongwoman from Austin, Texas, who has achieved three Guinness World Records titles for her incredible strength.

Lindsey holds the record for Most apples crushed with the bicep in one minute. On 3 July 2014, she crushed 10 apples while on the set of Lo Show Dei Record in Milan, Italy.

On 16 November 2014, she achieved the Most telephone directories torn by a female in a minute when she tore 5 directories at the Central Market in Austin, Texas, USA.

And on 20 July 2015 she ripped 5 decks of cards, setting the record for Most decks of cards ripped in one minute on the set of Officially Amazing in Suffolk, UK. 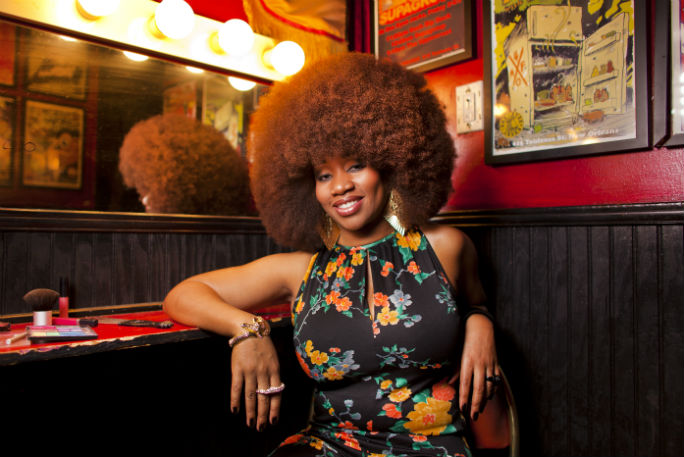 Aevin Dugas a 36 year-old social worker from New Orleans, USA, is the proud owner of the world's Largest afro (female) with a circumference measuring an incredible 4 ft 4 in (1.32 m).

As one could imagine, it can be quite difficult to up keep this kind of hairstyle. However Aevin has no regrets over her choice of hairstyle: "As a woman you're told that straight hair is beautiful hair. This is crazy. The afro is my natural hairstyle and there can't be anything more beautiful than that." 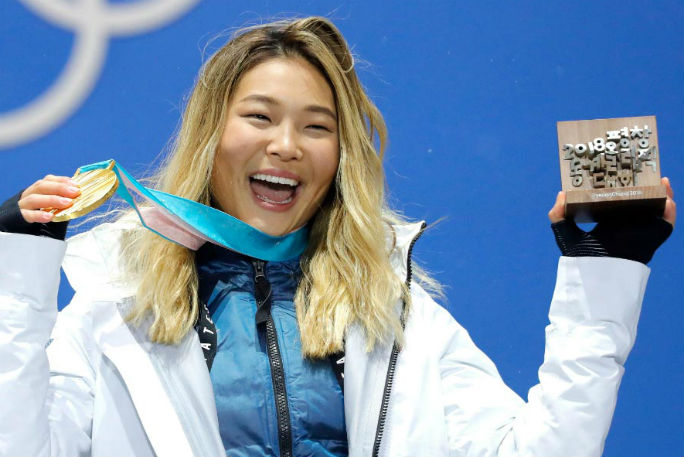 American sensation Chloe Kim’s first-ever Olympic appearance at PyeongChang 2018 couldn’t have gone much better. For her event in the women's snowboarding, she made history by becoming the world’s Youngest female snowboarding gold medallist at a Winter Olympics at the age of 17 years and 296 days.

On her final run at Bogwang Phoenix Park, Kim landed back-to-back 1080s to record her highest score of 98.25 – 8.5 points ahead of the rest of the field. She would have qualified for Sochi 2014, but at 13 years old she was below the minimum age of 15 for half-pipe competitors.

Her victory was a special one for her family, as she accomplished this feat in her parents’ home country of South Korea. 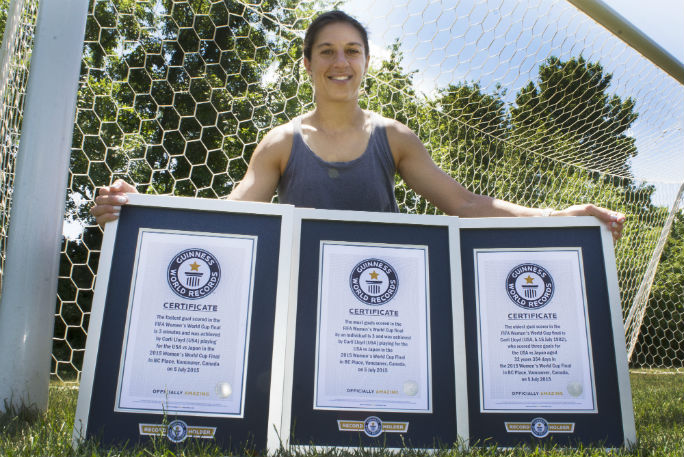 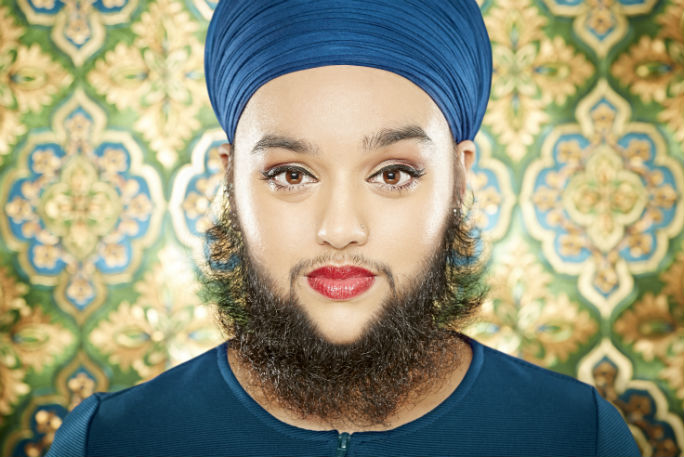 Harnaam is an anti-bullying and body image activist and has a fascinating story to tell as she overcame years of bullying to take ownership of her appearance and get awarded the record for Youngest female with a full beard at the age of 24 years 282 days.

Born on 29 November 1990, Harnaam first started to notice that she was growing facial hair at the age of 11.

She was eventually diagnosed with polycystic ovary syndrome, a condition that means she has much more testosterone than most women which is what causes hair to grow on her face.

While she admits it took years to overcome bullying and finally take ownership of her appearance, the 24-year-old amazed many with her perseverance, self-love, and body image activism.