Avocados are fast becoming one of the most in-demand fruits all over the world, so we expect fans of the tasty green plant to get very excited about this mammoth 2.37 kg (5 lb 3.6 oz) specimen, recently discovered by US resident Pamela Wang.

To put its size into perspective, the average avocado weighs about 170 g (6 oz), meaning that the record-breaking fruit is 14 times heavier!

However, the world’s Heaviest avocado was of the Daily 11 variety – a type which does tend to be larger than its other family members.

But this one was as large as its finder's head.

Pamela stumbled across the monster while walking to pick up her morning newspaper in her hometown of Kealakekua in Hawaii.

It fell from a tree that is estimated to be over 40 years old. As it dropped onto public ground, it was free for anyone to claim. 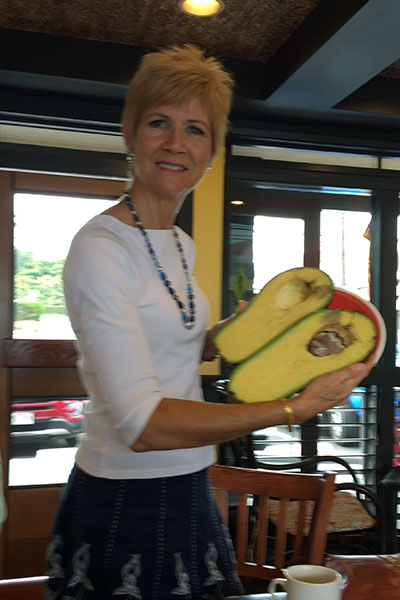 "All along, I’ve been amazed how much interest an avocado could generate. I delighted in watching the story go viral," said Pamela.

"I was thrilled to have so many people acknowledge and root for a big avocado. Hearing old friends across the globe, former foreign exchange students and members of the community reach out to congratulate me as the story made its way around the world was awesome.

"I think a lot of people know what an average avocado is, so to see such a big one was exciting." 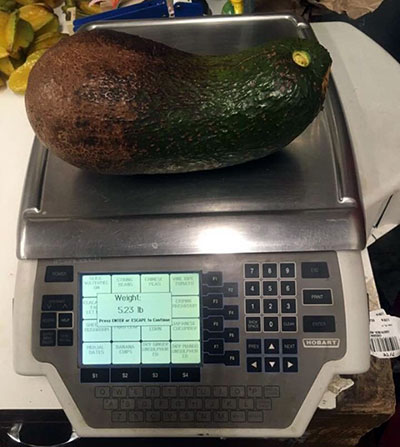 After the avocado was weighed in the presence of independent witnesses, Pamela shared the giant fruit with some friends at the local Caffe Florian.

"It tasted excellent. We had 10 people there and didn’t even use up half of one half of the avocado."

The rest was left for other guests of the café to try.

"When I got the email from Guinness World Records saying the avocado had [achieved the record], I caught myself gleefully grinning. As I shared the news that indeed this avocado had really set a world record, I was also humbled. I sent out thank you emails to everyone who helped.  I am aware that there are very likely bigger avocados just waiting to be found. It’s just a matter of time. Meanwhile random people recognise me as the avocado lady."

Until now, the record had stood unbeaten for eight years. The previous record-holding avocado weighed 2.19 kg (4 lb 13.2 oz) and was grown by Gabriel Ramirez Nahim in Venezuela.