First across the finish line was the UK’s Jennifer McBain, who gave a whole new meaning to the phrase 'fast food' as she completed the marathon wearing a hot dog costume.

She achieved the popular title Fastest marathon dressed as a fast food item (female) in an incredible 3 hrs 19 min 53 sec.

The previous record has stood since 2015 when Meghan Kita (USA), dressed as a hot dog at the Marine Corps Marathon in Washington, DC, USA. 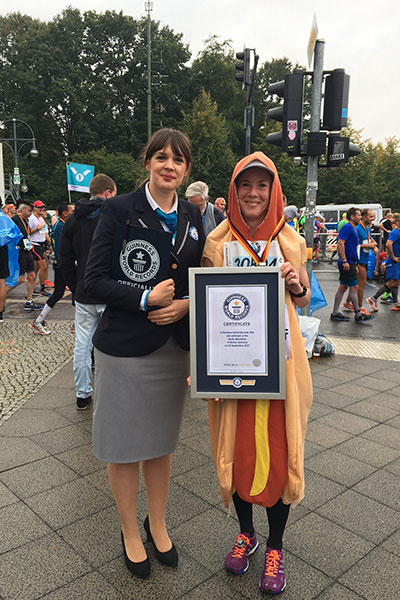 The event was Jennifer's tenth marathon and the record was her second, after setting the Fastest marathon dressed as a playing card (female) at the Abingdon Marathon, in Abingdon, UK, on 23 October 2016.

Jennifer has always been a keen athlete, but problems with her hip have prevented her from competing at a professional level. The inspirational runner says Guinness World Records attempts give her the opportunity to win races in spite of her health issues. 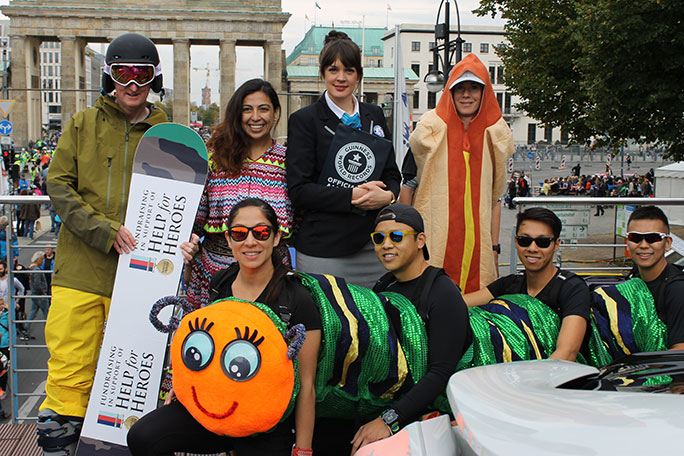 Next across the line was Mexico's Dr. Bernardo Castro Dominguez, who achieved the Fastest marathon dressed as a lucha libre wrestler in a cultural homage to his homeland. 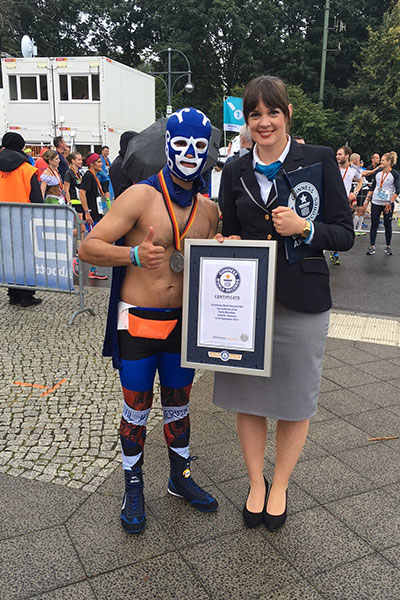 At 4 hrs 53 min 33 sec, four runners joined together by an elaborate caterpillar costume finished the marathon.

However, they decided to swap beer steins for training shoes when they realised they could attempt a Guinness World Records title for the Fastest marathon in a four-person costume at the Berlin Marathon. 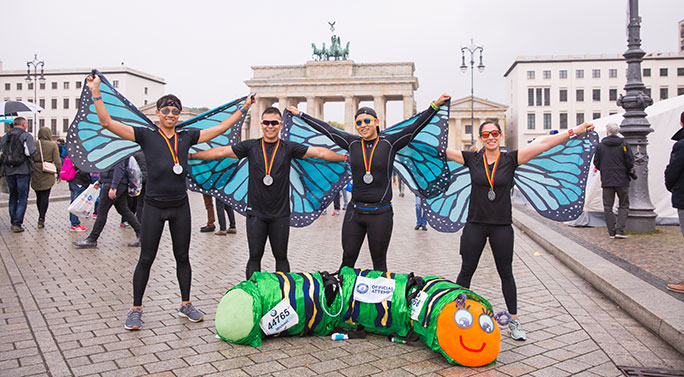 The all-American team have run several marathons together and say they love the attention their whacky costume attracts.

On the finish line to verify each of these world records was official Guinness World Records adjudicator Lena Kuhlmann, who said:

“An amazing weekend in Berlin is coming to an end. It was a huge privilege to award three new Guinness World Records titles today, the icing on the cake for the most determined and creative fun-runners. The outpouring of emotion from runners when they finally reach the finish line is heart-warming and the support of the spectators was phenomenal.”