Serial record-breaker Muhammad Rashid from Karachi, Pakistan is one step closer to his goal of achieving every martial arts Guinness World Records title there is.

His latest success was for the Most drinks cans crushed by hand while holding an egg in 30 seconds.

What did this challenge involve? Muhammad had to hold a normal raw egg in one hand and then use that same hand to squash as many cans as possible… without breaking the egg.

Muhammad fiercely moves down the line of cans, laid out ahead of the attempt in accordance with the Guinness World Records rules, and crushes an impressive 29 metal beverage containers. That’s almost one can a second. 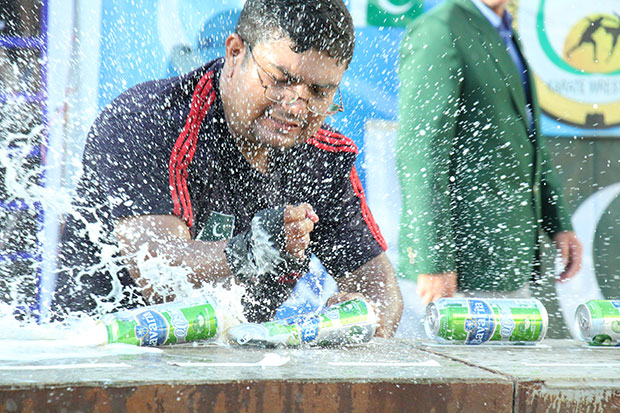 After the attempt Muhammad cracked the egg into a glass to prove that it was a real egg and that it had remained unbroken throughout the attempt. 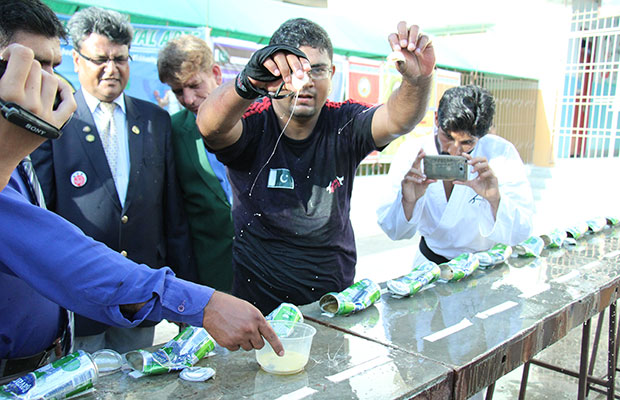 Muhammad is from Karachi Sindh, Pakistan and is the founder and president of Pakistan Academy of Martial Arts.

You can check out more of Muhammad’s attempts on our YouTube channel.

Film star and record holder Jackie Chan once demonstrated a similar feat on German television show Wetten Dass in 2004 when he demonstrated holding an egg whilst crushing blocks with his fist.