The car manufacturer decided to take on the Furthest barrel roll in a production vehicle – an iconic stunt often seen in action films like James Bond, but extremely difficult to pull off in reality. 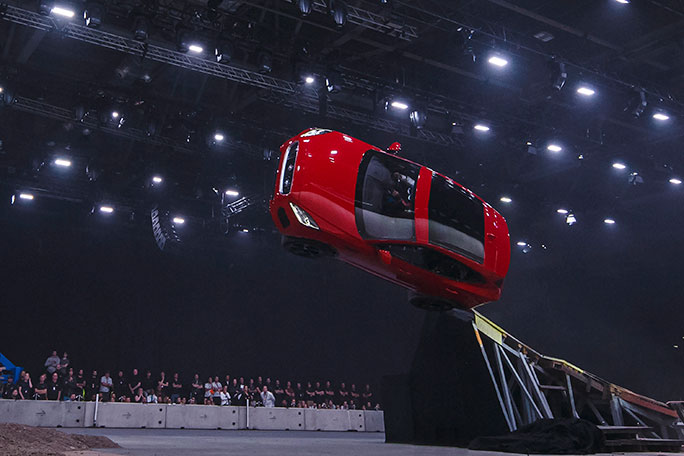 The company invited their go-to stunt driver Terry Grant to take on the challenge.

As a multiple record-holder he was the perfect choice for the job.

The potentially dangerous attempt was months in preparation, as a team of experts tested different ramps and perfected the run-up speed.

The attempt took place at the ExCeL in London and saw Terry drive the Jaguar E-PACE up a ramp, travel through the air turning a minimum of 270-degrees, and land safely on the other side.

He achieves a spectacular 15.3 metre-long barrel roll and adjudicator Pravin Patel was able to confirm a new record for the driver.

“This amazing feat really was a sight to behold,” said Pravin. “While I’ve seen the barrel roll stunt in film, witnessing this incredible feat in real life was something pretty special. Congratulations to Terry and Jaguar for setting another epic Guinness World Records title.”

During the attempt Terry had to endure a  powerful G-Force of 5.5.

Terry said: “As far as I am aware no production car has ever cleanly completed a bona-fide barrel roll and therefore it has always been an ambition of mine to perform one ever since I was a boy. After driving the Jaguar F-PACE in the record-breaking loop-the-loop, it has been amazing to help launch the next chapter of the PACE family in an even more dramatic dynamic feat.” 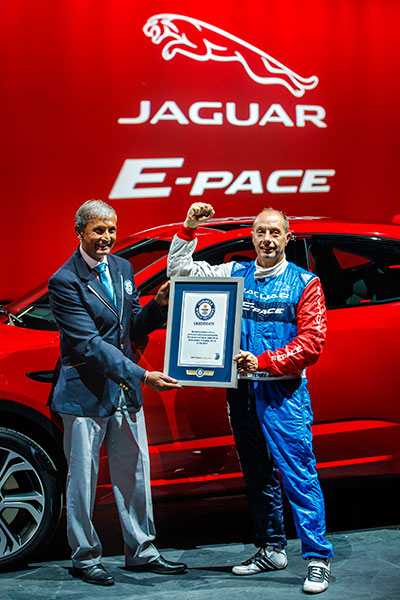 This is not the first time Jaguar and Terry Grant have hit the headlines for their record-breaking stunts.

In 2015 Jaguar introduced the F-PACE sports car at the Niederrad Racecourse in Germany, by attempting the world’s Largest loop the loop in a car ever.