Frances Quinn, a former winner of TV baking competition The Great British Bake Off, teamed up with Hambleton Bakery (UK) to cook up their second Guinness World Records title, in celebration of the Wimbledon finals at the weekend.

The bakers decided to create the world’s Largest jam filled biscuit, building it in the shape of a tennis racket and naming it the “Grand Slammy Dodger”.

This is Mark with the baking sheet specially made for our attempt to bake the world's largest #jammydodger with @frances_quinnpic.twitter.com/uBTITukzRS

The supersize biscuit needed to weigh a minimum of 25 kg in order to set the record.

However, Frances managed to serve up a whopping 26.76 kg snack and successfully took home the title. 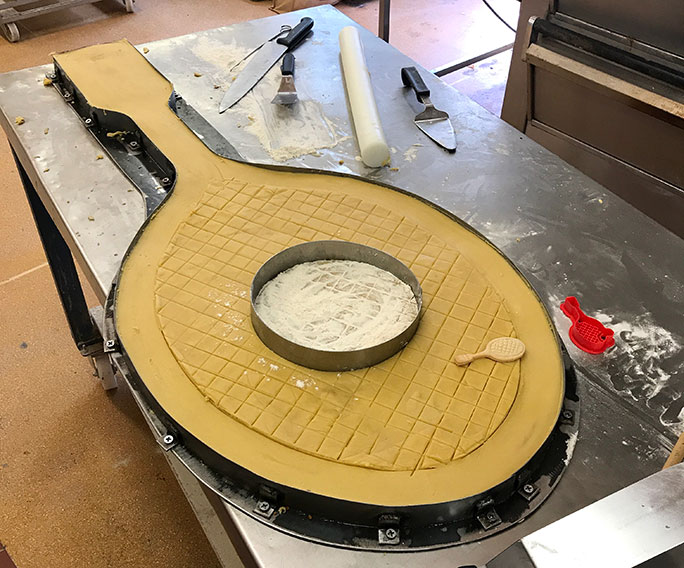 The team had to get a bespoke cutter made to bake the biscuit in. "Thankfully a wonderful blacksmith called Mark in Rutland created one for us to use," said Frances. "Getting the bake in an out of the ovens at Hambleton and weighing the final dodger on the industrial scales at the bakery was also somewhat of a technical challenge."

The attempt took place in the Hambleton Bakery in Oakham, Rutland, UK and was judged by official Guinness World Records adjudicator Victor Fenes. 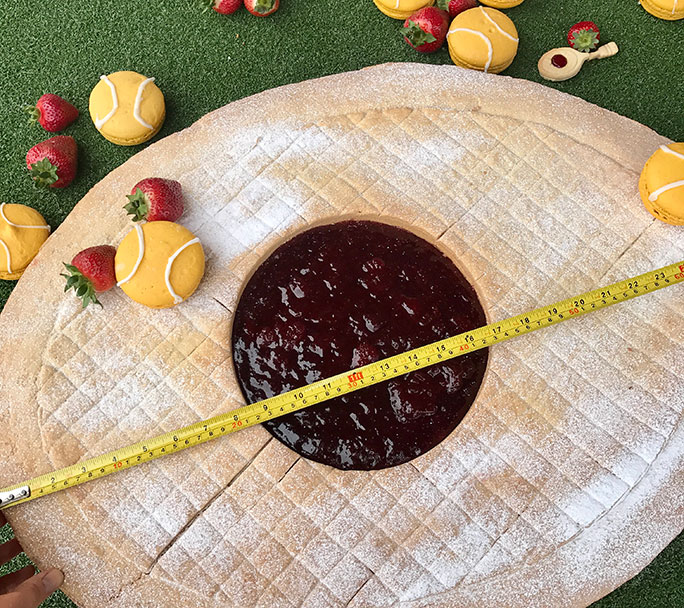 The Grand Slammy Dodger, which takes its inspiration from the popular British “Jammie Dodgers” biscuit, was then cut up and distributed to customers across all the Hambleton Bakery shops for free. 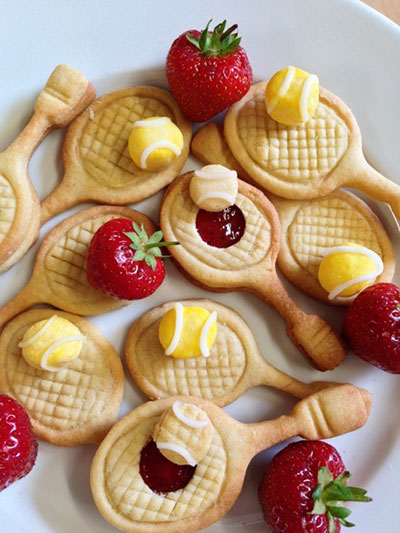 Commenting on the Wimbledon finals, Frances said: "I would have loved Murray and Konta to have made the final, especially with the racket being made of shortbread and Konta being a keen baker. However, I was delighted Federer won and think he deserves his own grand slammy dodger, filled with both strawberries and swiss buttercream, following his own record-breaking achievement!"

Back in March, the bakers set their first Guinness World Records title with the Largest Jaffa cake. 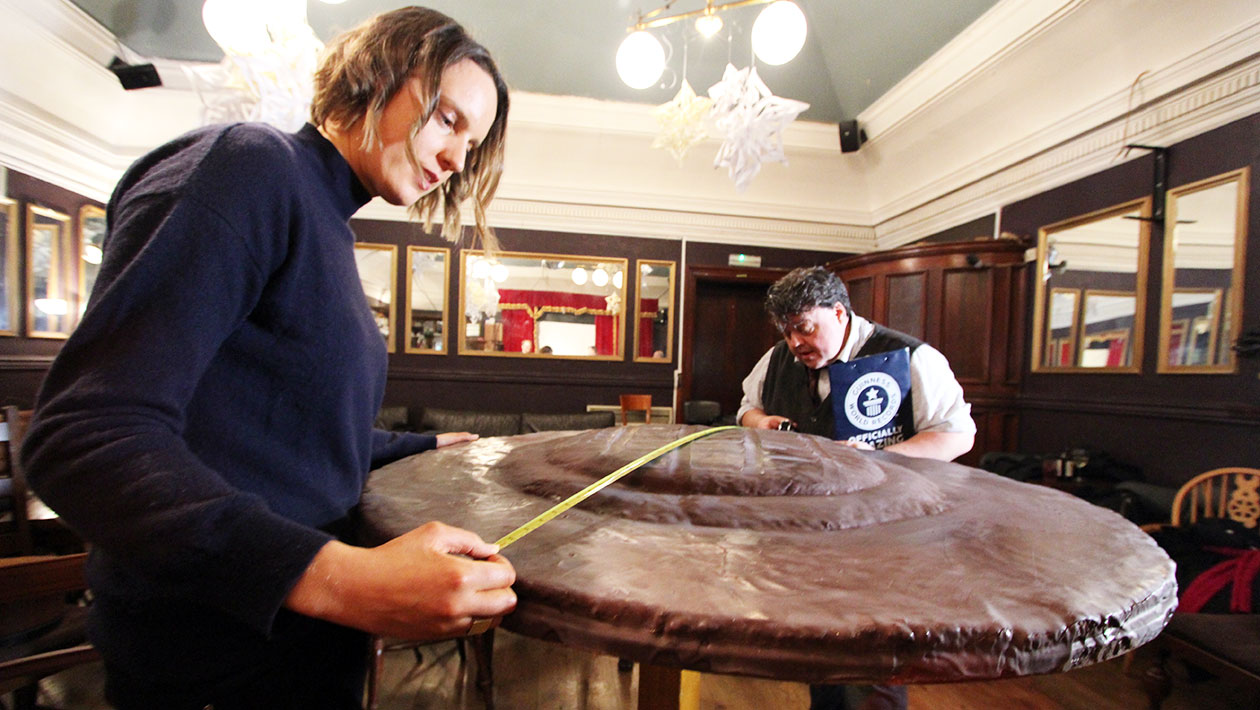 The attempt was organised by BBC Radio 4 and presented on The Philosopher's Arms segment as part of a debate – "Are Jaffa cakes a cake or a biscuit?"

We can’t wait to see what record-breaking biscuit Frances will make next:

"I’m a keen runner and big fan of sport so had an idea for creating a giant GOLD bar to celebrate the World Athletics in London next month, as the athletes will all be going for gold," said Frances. "It’s also another classic British biscuit bar and I'm hoping Mo Farah and the rest of team GB might be fans!"