Frances Quinn, a former winner of TV baking competition The Great British Bake Off, recently teamed up with Hambleton Bakery (UK) to cook up a new world record.
The attempt was organised by BBC Radio 4 and presented on The Philosopher's Arms segment as part of a debate – "Are Jaffa cakes a cake or a biscuit?"
Hoping to shed some light on the topic, Frances and team decided to bake the world’s Largest Jaffa Cake. 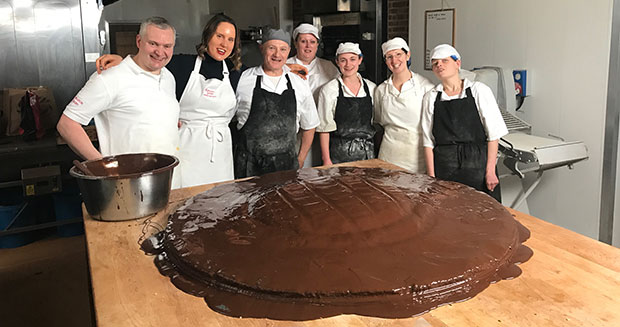 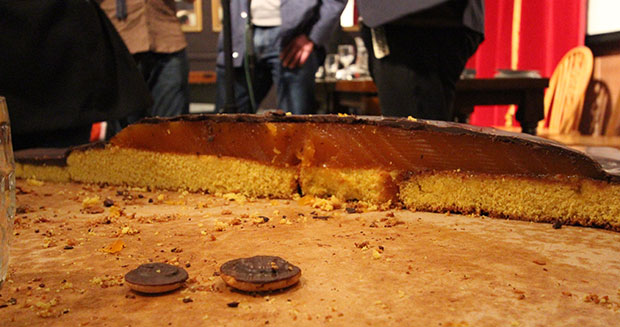 Guinness World Records Editor-in-Chief, Mr Craig Glenday, was invited to a London pub to verify the mouth-watering achievement.
However, the bakers had trouble getting the giant biscuit (or cake?) up the stairs because it was so wide. They had to turn it sideways and risked snapping it in half before it was even measured.
Thankfully the Jaffa Cake remained in one piece and Craig was able to confirm a new record had been set. 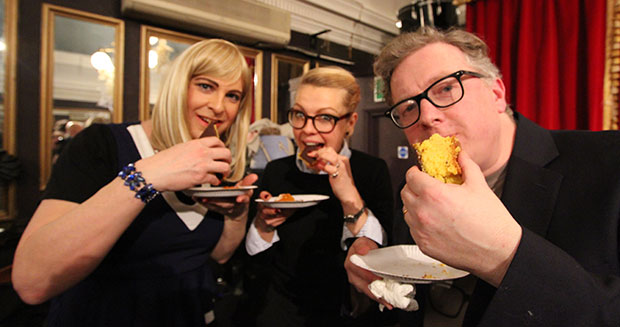 Julian Carter, Head Baker at Hambleton Bakery, was thrilled: “It was a massive challenge, not least because I don’t think I’ve ever made a Jaffa Cake before… Getting hold of the ingredients was the first hurdle, and a board big enough to bake it on. Everyone had a lot of fun in the end. And to go into the Guinness World Records book is some achievement for everyone involved.”