Arcturus and Cygnus: Tallest cat and kitty with the longest tail have died after house fire

Two record-breaking cats have died following a fire at their home.

Cygnus, who held the record for the Longest tail on a domestic cat, and his brother Arcturus, who was the world’s Tallest domestic cat, are still unaccounted for following the blaze in Michigan, USA.

The pair lived with owners Lauren and Will Powers in their home of Farmington Hills, Michigan, which caught fire on Sunday 12 November.

Both Lauren and Will managed to escape, risking their lives to look for them before being forced to leave; Will said he left doors and windows open hoping Cygnus and Arcturus - along with two other cats, Yuki and Sirius - would find a way out.

Despite a search to find their beloved cats, Lauren and Will confirmed the pair passed away due to smoke inhalation during the blaze after the last part of the their basement was searched.

However the couple say there is a "significant reason" to believe Sirius and Yuki are still alive.

When Cygnus and Arcturus were first adopted in 2015, their new owners surprised to have two record-breaking pets; making them all the more extraordinary and endearing.

Two-year-old Arcturus, a Savannah cat whose full name was Arcturus Aldebaran Powers, lived with Lauren and Will since he was just a two-month-old kitten.

When interviewed for Guinness World Records 2018, his owners explained how he could get through 1.5 lbs of food a day and was so tall he managed to stand at the table to eat.

Arcturus also had a Catio (outdoor cat enclosure) to play in and a medium sized dog door installed so he could get in and out the house. 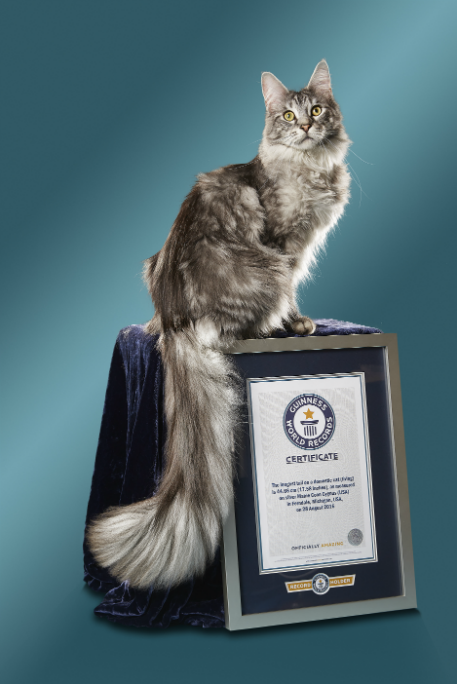 Meanwhile his brother Cygnus Regulus Powers, a silver Maine Coon cat, often dipped his tail into things accidentally and had to be careful not to catch it due to its record-breaking length.

Lauren and Will applied for the records to raise awareness of the Ferndale Cat Shelter they run together.

Once becoming official record holders, Arcturus and Cygnus would have selfies taken with visitors in exchange for donations to help cats in need.

The pair of record-holding kitties made headlines for their appearance in Guinness World Records 2018, doing several media appearances. 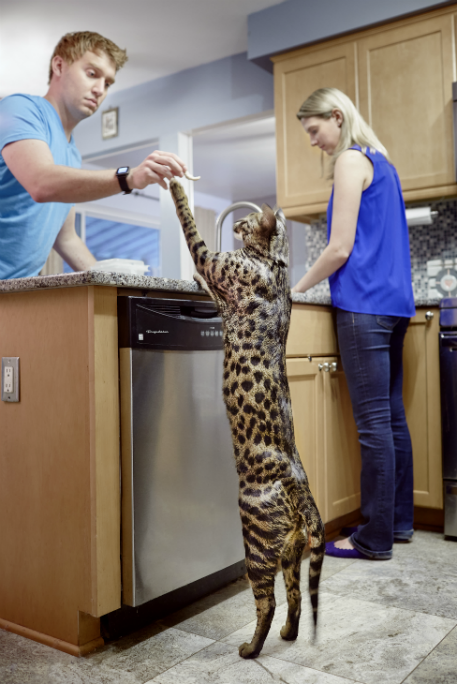