What to expect on Guinness World Records' new Facebook show, Beyond the Record

Guinness World Records is launching a brand new series on Facebook this November, starring some of our most recognisable record breakers.

Called Beyond the Record, we will meet five record holders (each with their own unique episode) to talk about their titles and find out more about them. There may even be some Guinness World Record title attempts too!

Each week a brand new episode - commissioned by Facebook - will be released, just follow our brand new Beyond the Record Facebook Watch page to see the latest content as we crisscross the world to meet some truly amazing people. 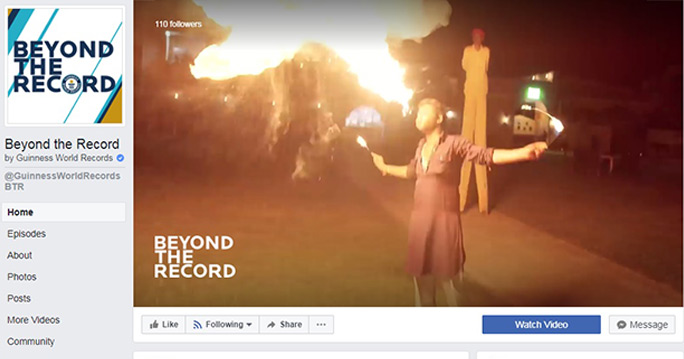 But, how can you watch these new episodes? Here's all the information you need:

All five episodes will be released on our brand new Facebook Watch page, Beyond the Record.

One episode will be released each Thursday through November and into December.

Who are the record breakers?

A total of five Guinness World Record title holders feature in the episodes with each having their own dedicated show. 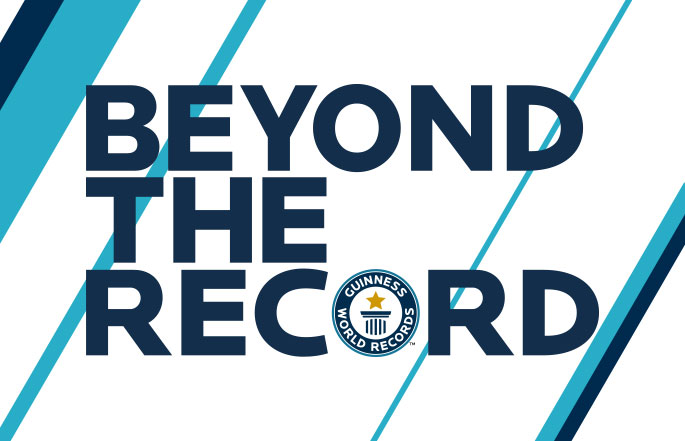 Launched as an original series for Facebook, “Beyond the Record” gives an in depth, behind the scenes look into the unique lives and stories behind the world’s most fascinating, barrier-breaking Guinness World Records title holders.

In its continued quest to tell the incredible human stories that globally unite its fans, “Beyond the Record”, is an original five episode series with new episodes available on Facebook’s Watch platform every Friday.

Hosted by TV personality and model, Asha Leo, we travel the world to walk a day in the life of the Shortest woman, the Oldest ballroom dancer, a competitive eater, the Most tattooed senior citizens, and a popular record holder known for crushing walnuts with his bum.

Check out the series trailer here.

“As Guinness World Records has dramatically increased in-house media and content production, it’s thrilling to be playing such an integral part of this new strategy from one of the world’s most popular social networks," said Rob Molloy, Director of Global TV Content and sales, Guinness World Records.

"As a brand with the global reach and appeal that we have, and with an existing fanbase of more than 13m on Facebook, this gives us an opportunity to present an insight into some of our most iconic record-holders in a manner that no other content creators are able to.

“We also very much look forward to growing our content partnership with the iconic Facebook as we continue to develop projects globally.”

The five episodes, which range in length from 8 to 14 minutes, include:

Filmed in Tokyo – starring Cherry Yoshitake – November 16. Cherry Yoshitake: Multiple record holder, including Most nuts crushed by sitting down in 30 seconds and Most underpants pulled on in one minute

GUINNESS WORLD RECORDS (GWR) is the global authority on record-breaking achievement. First published in 1955, the iconic annual Guinness World Records books have sold over 138 million copies in over 20 languages and in more than 100 countries. Additionally, the Guinness World Records: Gamer’s Edition, first published in 2007, has sold more than 5 million copies to date.

Guinness World Records’ worldwide television programmes reach over 750 million viewers annually and more than one million people subscribe to the GWR YouTube channel, which enjoys more than 300 million views per year. The GWR website receives 21 million visitors annually, and we have over 12 million fans on Facebook.

The Guinness World Records commercial sales division provides bespoke consultancy services for some of the world’s top brands and agencies to help place record breaking at the heart of their marketing campaigns, employee-engagement programmes, and live and experiential events.