“Like many kids, I grew up reading the Guinness World Records and felt inspired by their motto, ‘dedication is what you need’. I found out that we can set a record that requires teamwork, adventure and most importantly, dedication. And I decided I would find 33 other adventurous women to do that with!”

Finding the right kind of women to fulfill Laura Youngston’s dream would not be easy.

Inspired to break a record to fight for women’s rights on the football (soccer) field, Laura was determined to unite a pack of strong, elite, and athletic football players to set a record with a profound underlying message. 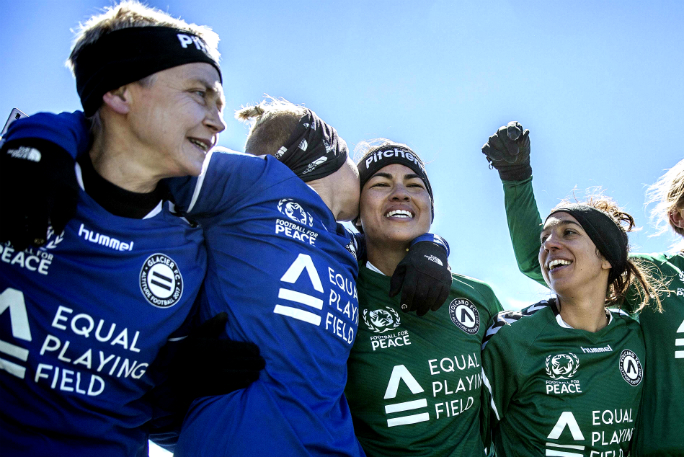 With the help of an all-female team who have faced gender adversities on the turf, Laura, her co-founders, and a crew of women would attempt the record for the Highest altitude game of football (soccer), with the hope of seeking equality, respect, and appreciation for the next generation of players.

"I was watching TV one day, when the idea came to me. If we climb many mountains every single day just to play the game we love, why not climb one big one and bang a drum whilst doing so?" - Laura Youngston.

Up until that point Laura, who became the co-founder of the Equal Playing Field initiative, had encountered a lifetime of small interactions that ultimately tested her nerve.

Being one of many women who has faced prejudice on the field, Laura decided a game played at record-breaking heights might also just break the limitations that had been placed on women who played football. 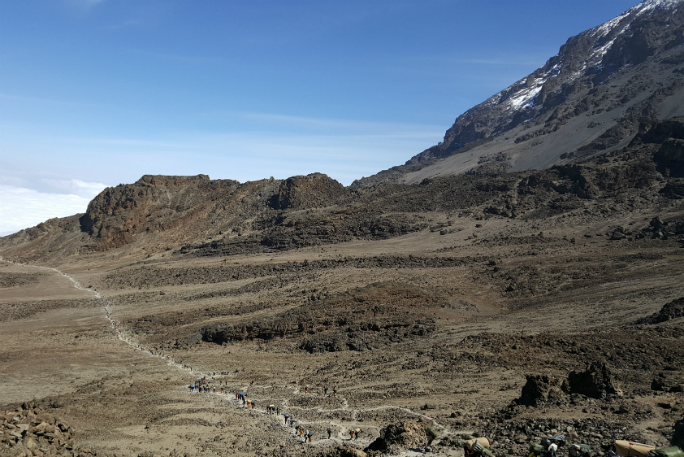 “Kilimanjaro for most people we've met has this captivating pull, a mountain that has always been this epic adventure for body and spirit. But Mt Kilimanjaro became an obvious choice for several other, quite practical reasons. It is the world’s largest free-standing mountain, the 'roof of Africa' but whilst nearly touching 18,000 ft doesn’t require mountaineering skills to climb. In addition, we knew there was a large crater at the top just below the Summit, large enough for a football pitch so we wouldn’t have to send anyone down to pick up a stray ball!” - Laura Youngston.

With a setting in place, the next step for Laura and her co-founder Erin Blankenship was to locate women who were not only willing to play a match above the clouds, but would also brave the hike to get there.

To their surprise, it wasn’t hard sourcing volunteers. 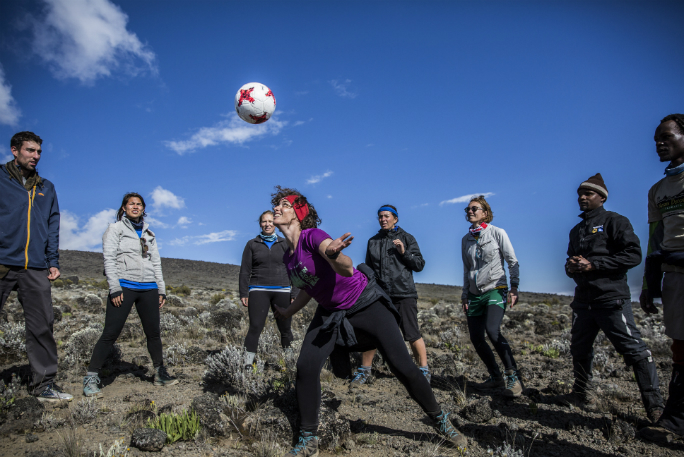 Before they knew it, the dream had become a budding movement that had spread to five continents.

Many footballers were more than eager to join the cause after having faced their own set of challenges.

Player Josefina Martorell signed up for the attempt, with the intention of fighting all the teasing she received when playing football as a teenager. 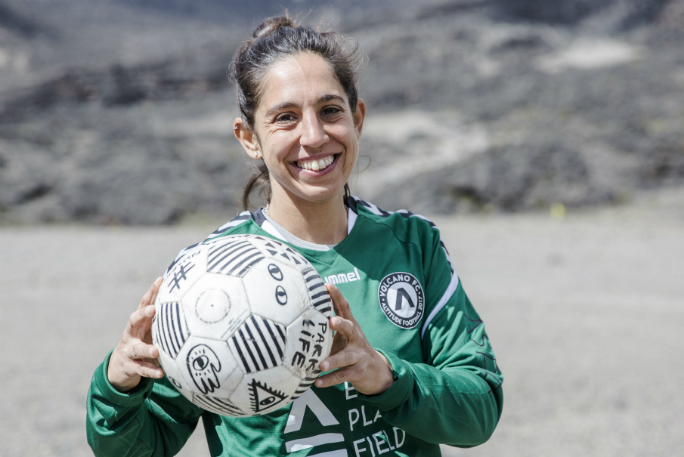 “I grew up in Buenos Aires, the capital city of Argentina. I had a very happy childhood playing lots of sports, always encouraged by my parents. My father would always ask me how many goals I scored at a tournament or at a game.

"But even though girls are encouraged to play sports here when they are young, that falls away when they get older.

"When I grew a bit older the boys started calling me 'marimacho' (tomboy). It made me stop playing with them, but it didn’t stop me playing. I play football because I wouldn’t be myself if I wasn’t.” 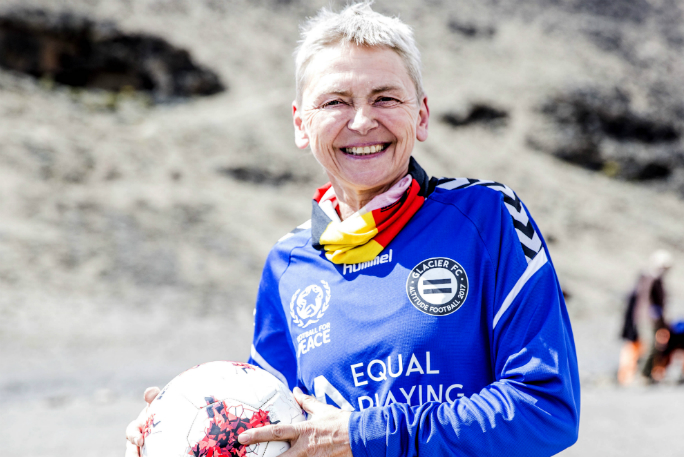 Following her was the team’s oldest player, 55-year-old Petra Landers who would be representing Germany on the Equal Playing Field mission after fighting many years of discrimination.

“Even in Germany, it wasn’t socially acceptable for us to play for a very long time. The German Football Association banned girls' and women’s soccer until 1970."

"My own boss tried to stop me from representing my country in the European Championships in 1989. I tried to take holiday to play but he blocked my request. It was only when I threatened to quit my job that he let me go. And soon after we were crowned European Champions!" - Petra Landers.

Yasmeen Shabsough also signed up, motivated by the difficulties she endured playing soccer as a woman in her country of Jordan.

"Being a girl who plays football in Jordan was not accepted by poeple. They did not believe that a young girl can play football, nor that she should," she said.

"People only started accepting and supporting us when we were doing better than the men's teams. Still, each challenge I face in my life is a mountain.

I remember one time when I was heading to a game, and a woman stopped me in the street, looked at me in the face and said ‘I hate girls who play football’. I was shocked — but at the same time I wanted to show her that people like her will only be a motivation for me to do my best. That day, I captained my team and we reached the final. I even scored the winning goal and brought the cup with me back to school. I will never care for what people think about me and I will keep on doing what I love because I can," - Yasmeen Shabsough. 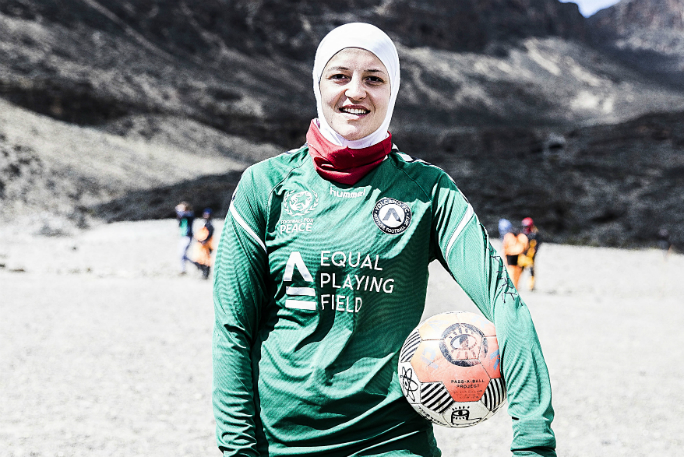 The members who  formed the final team of Equal Playing Field had all faced their own form of mountains in the athletic world, and were more than prepared to climb one more to help pave a smoother rode for the leagues of younger female players.

After months of organization, research, and coordinating flights from around the world – the team was ready for the climb, which was set to take place on 18 June 2017. Several players had come across each other in competition while others were meeting for the very first time. 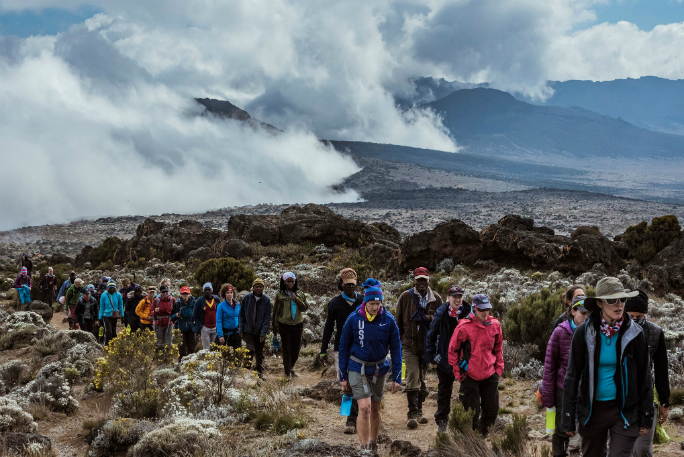 The six-day journey to the top involved a risk of altitude sickness, shortness of breath during the match, a 30% fail rate, and lower temperatures in the crater of which the game would be played in.

"It was wonderful for all players from all countries to mix and learn about each other, see the commonalities and the differences. Whilst we had a mix of languages on the trip, we largely spoke English. But that was difficult for a few players. Dipa, from Nepal for example couldn’t speak much English, but we communicated through dancing, smiling, lots of sign language and emojis! Her enthusiasm was infectious, even if we couldn’t have long conversations," - Laura Youngston. 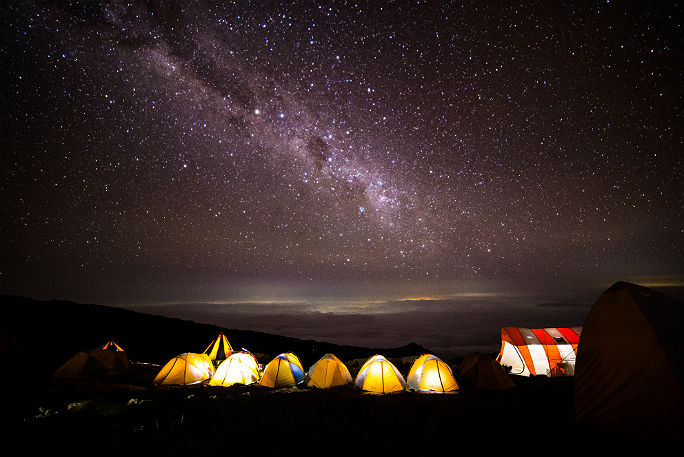 The most difficult component however, was the final night before the team descended to the volcanic crater where the attempt would take place; as it involved a 2am hike of more than 1000 m in sub-zero temperatures.

That same morning, the girls would be expected to play immediately in order to not risk extended periods of time without oxygen.

"Climbing in darkness, our water bottles froze, and we were unable to rest longer than 4 minutes at a time due to risk of hypothermia. That combined with fatigue from the 6 days prior and the lack of oxygen made it incredibly tough. Many players had to stop for a few minutes on the way up because of dizziness and nausea and some considered turning back. But our drive, our teammates, and shared commitment to our cause got us through," - Laura Youngston.

Once in the volcanic summit, Equal Playing Field needed to work with crew and volunteer referees to replicate an authentic pitch, which needed to be the same dimensions as a standard football sports ground.

For the attempt to be valid, they also needed to ensure seven players were on the field at all times but their goal was to have two full teams meaning 22 women total. 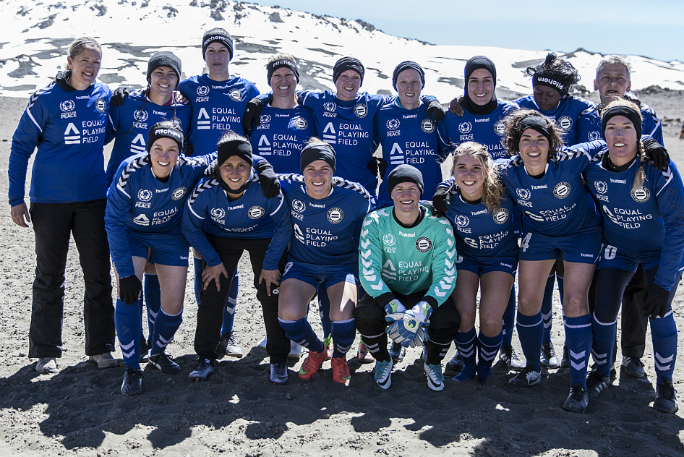 Though the footballers were eager to finally play, many couldn’t prevent the immense fatigue that had kicked in and the difficulty breathing they were experiencing from such thin air.

To play a standard game, would require almost triple the effort, strength and stamina. Nonetheless when the starting whistle blew, the group of fearless football women played a 90-minute match as if they had practiced on mountain-based pitches their entire lives.

During the game only two players needed to be taken off the field for shortness of breath, with the match ending 0-0. 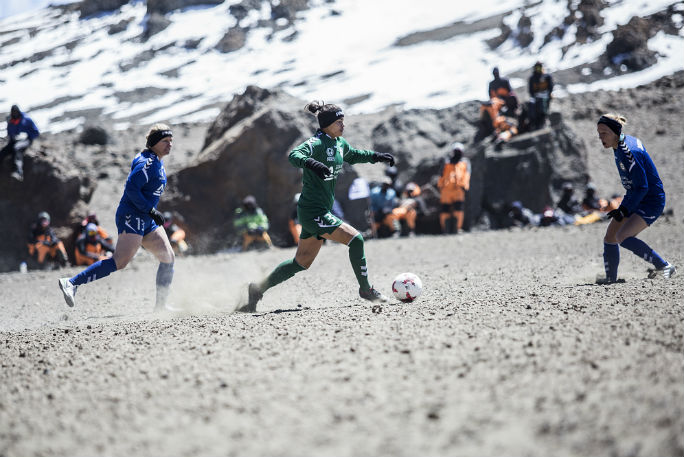 From the experience, footballer Haneen Khateeb specially recalls her inspiration for making it through such arduous conditions for the initiative: 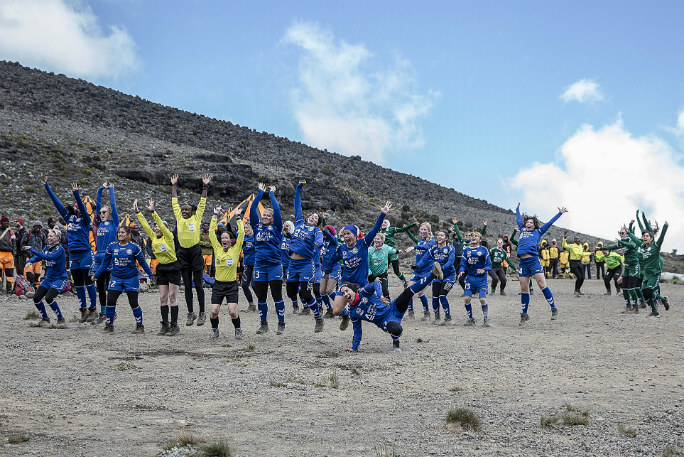 This isn’t the end for the team, who have big plans for the future – including the possibility of more extreme record attempts.

For now, they are organizing a series of football clinics in nations all over the globe in light of the upcoming Women’s 2019 World Cup in France – continuing to set a strong tone of gender equality all over the world. 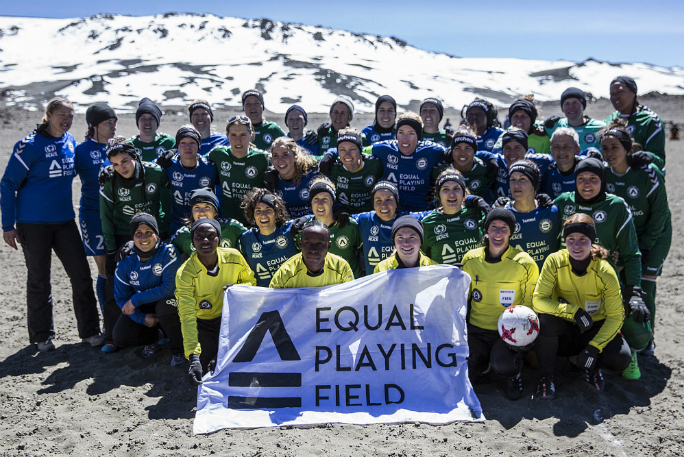