Comic fans will rave over the over the new record set by US resident Eric Jaskolka which celebrates the extensive assortment of X-Men items.

At an outstanding 15,400 individual pieces he has officially accomplished the title for Largest collection of X-Men memorabilia, an expansion which includes backpacks, watches, candy and many other items.

Eric first began collecting after his Sunday school teacher (who owned a comic book shop) introduced him to the series. 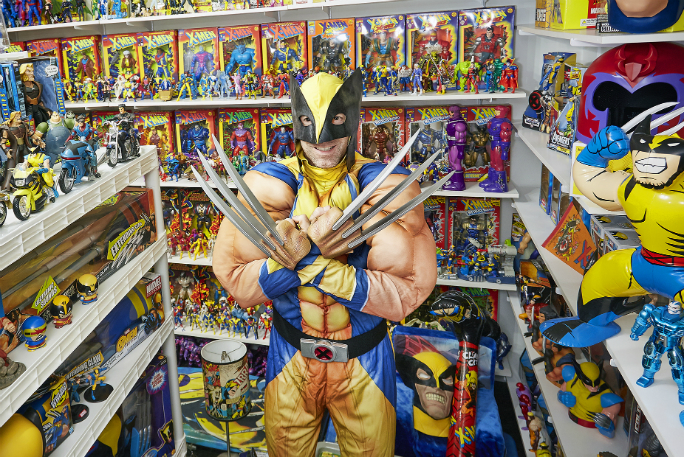 Almost immediately he felt a draw towards the various characters, which sparked to the growth of his collection in his home of Des Moines, Iowa.

Starting with comic books and toys, he eventually moved on to X-Men-related figurines in 1994. 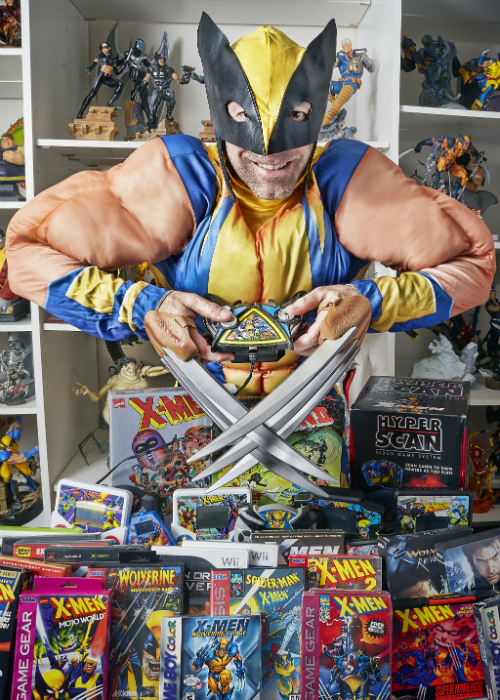 Some of his most prized objects are the first X-Men items in his assortment: a comic book, “Uncanny X-Men” #268 and a set of toys, the original ToyBiz 1991 X-Men figures.

Though Eric feels passionately about all the X-Men, his favorite character is undoubtedly Wolverine.

"He constantly struggles with the question: is he a man or a beast? He has these deadly claws that kill easily, like an animal, but he wants to be better, more man than beast; so he is in a constant struggle to contain his rage and anger. I think we all have different sides of our personality that we struggle with."

Eric also enjoys the superhuman aspect of the series because of their diversity, finding hope and inspiration in their place in society as the “underdog” but despite all adversities, continue to persevere. When discussing his record-holder status and joining of the Guinness World Records family, Eric is thrilled.