Compelled by the qualities it takes to become a Guinness World Records (GWR) title holder, California-based ObaroEne Otitigbe has swung into the record books for the Longest distance swinging on rings while hula hooping.

A big fan of iconic GWR heroes such Ashrita Furman, Marawa The Amazing, and Ron Sarchain - ObaroEne, also known as “Mr O”, decided it was time to pursue a record himself.

Fusing his passion for science, technology, engineering, arts, and mathematics (S.T.E.A.M.) with record breaking, the educator managed to achieve the impressive endurance title on a beach in Santa Monica, USA. 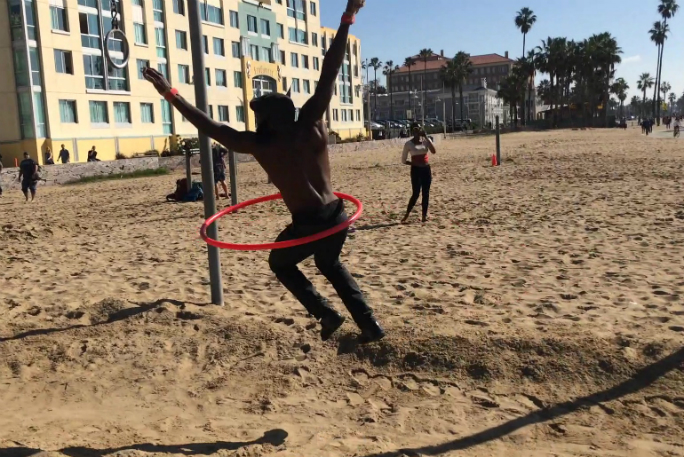 Listing ingenuity, willpower, creativity and resilience as just a few characteristics he uses as a source of inspiration, Mr O not only beat the previous record of 82.9 m, he nearly doubled it with a final distance of 152.52 m on the California beach.

"The principles, elements, and systems involved in the initial phase of the achievement of this record can best be characterized through a West African Proverbial symbol my teacher would emphasize, known as Sankofa. It represents a motion of looking to the past while progressing forward; as a dance of research, experimentation and zealous determination."

To prepare for his first record, Mr O developed a carefully-thought plan which would help him to learn how to navigate the rings while hula hooping, which was followed by a strict fitness regiment and diet program.

In addition to practicing, he performed numerous calculations of ratios, dimensions, and timing sequences to ensure he would succeed in breaking the record. 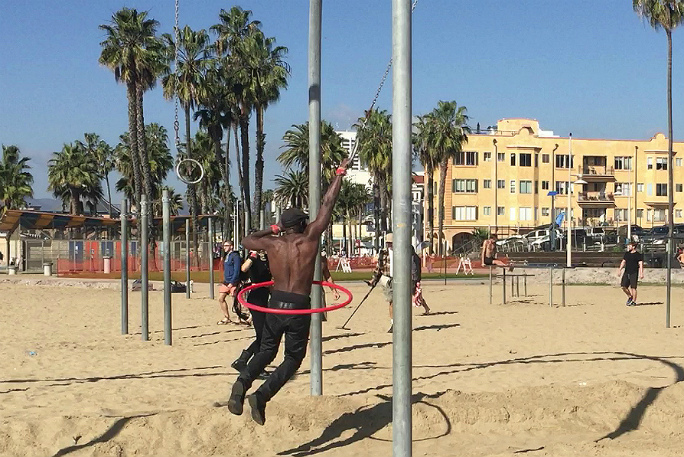 However, according to the S.T.E.A.M enthusiast, the most vital element of this process was a persistent curiosity.

"It involved a high degree of humility and acceptance of vulnerability because it involved cycles of success and failure which were observed publicly."

Despite being a novice to record breaking, Mr O rehearsed diligently to ensure he obtained the title, keeping his passion for S.T.E.A.M education in mind the entire time.

"My attempt at the record was my personal response to a challenge to accomplish something great. This record attempt represented an opportunity to expand the dimension of my work as an artist and educator. It initially seemed impossible, yet it was made possible through faith, research, and dedication. It became a journey towards achievement that involved a sequence of reflections and motivations; it was a fitness challenge, a science experiment, and an art project in one." 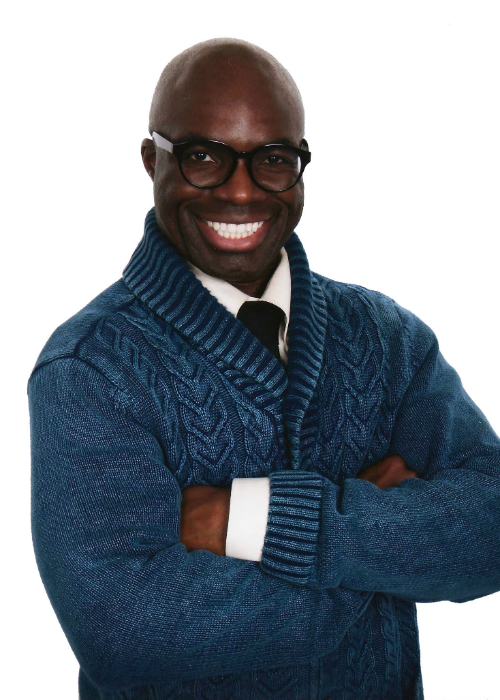