Halloween is here! The pumpkins are waiting to be carved (and presumably eaten in some way afterwards), the fancy dress costumes are lined up and you're ready to have a party.

Now, you may be wanting to do a few activities during your Halloween festivities to keep you, as well as your family and friends, entertained.

So we've found five Guinness World Record titles for you to have fun with and to take on at home during your spooky Halloween adventures.

Most pumpkins smashed in one minute

This record proved to be very popular during Halloween 2016 with the record literally being smashed twice during the weekend.

At the end if the weekend though it was American actress Ayda Field who took the record, smashing 15 pumpkins on the set of British daytime show, Loose Women.

Ayda's first attempt took place live on the ITV show but she failed to meet the required minimum of 13. However, once the pressure of trying to become a Guinness World Records title holder live on air was off her shoulders, Ayda broke through 15 pumpkins after the show to take the record. 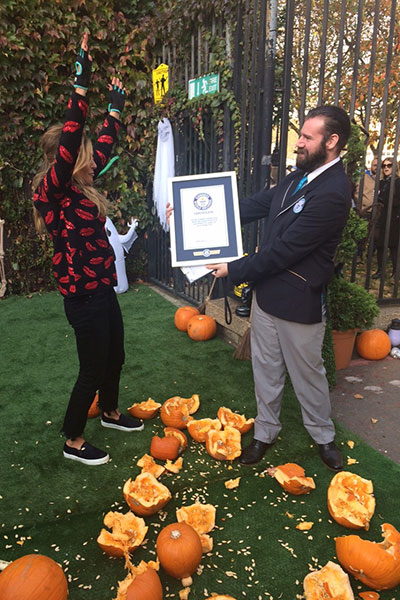 Fastest time to carve one pumpkin

If you'd rather carve your pumpkin instead of smash it, then why not see how quickly you can etch out an image with this record?

You'll have to go really fast though.

The Fastest time to carve one pumpkin isn't the only record Stephen holds either. 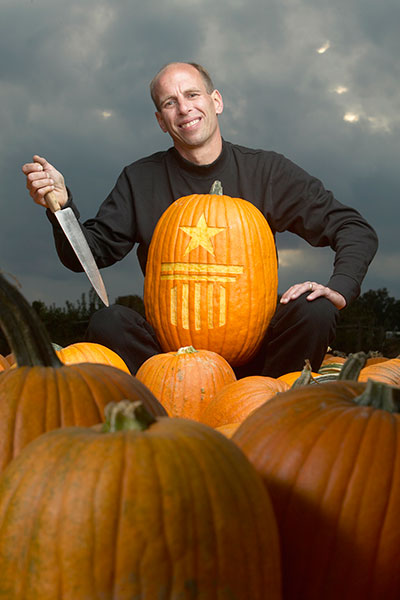 With a total of 3 hrs 33 mins 49 secs, he's also the record holder for the Fastest time to carve one tonne of pumpkins, a record he set five years earlier in 2008.

Halloween is all about scaring people - and the best way to find out if you've been successful is whether your victim screams or not.

However your target will have to go some way to beat the record for the Loudest scream (individual).

School classroom assistant Jill Drake has held the record since October 2000 when she recorded a 129 decibel scream during Halloween festivities held at London's Millennium Dome (now the O2 Arena) in the UK.

Jill has held the record since 17 years ever since she attended a screaming competition.

"This lady was screaming, and it wasn't very good, and I said 'oh I could do better than that'. So they said 'go on then, have a go'. Went up there, screamed, and broke the world record twice," - Jill Drake.

Jill can get her scream to such a volume it makes her louder than a lawnmower, city traffic and a chainsaw!

Most apples bobbed in one minute

Apple bobbing is a popular Halloween game for both young and old.
But how many do you normally managed to catch with your mouth? One? Two? Five?
Well Japan's Cherry Yoshitake, aka Mr Cherry, managed to bob a superb 37 in one minute during a Guinness World Records Live! event in Gifu, Japan, in 2015. 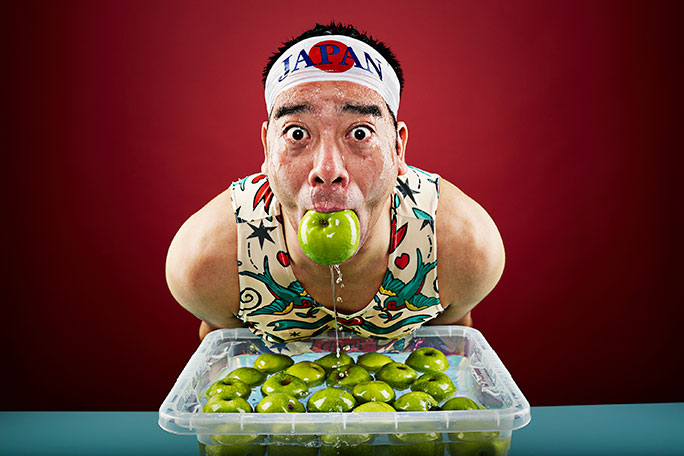 Most people wrapped as mummies in three minutes

Has there ever been a Halloween party without at least one person dressed as a mummy? Probably not.
So if you've got plenty of room for your Halloween gathering then why not have a go at this record.
You will need plenty of guests, not to mention an awful lot of toilet paper, to be successful though.
The record stands at 51 which was set by Britmums, a social site aimed at parents, in London, on 19 June 2015. 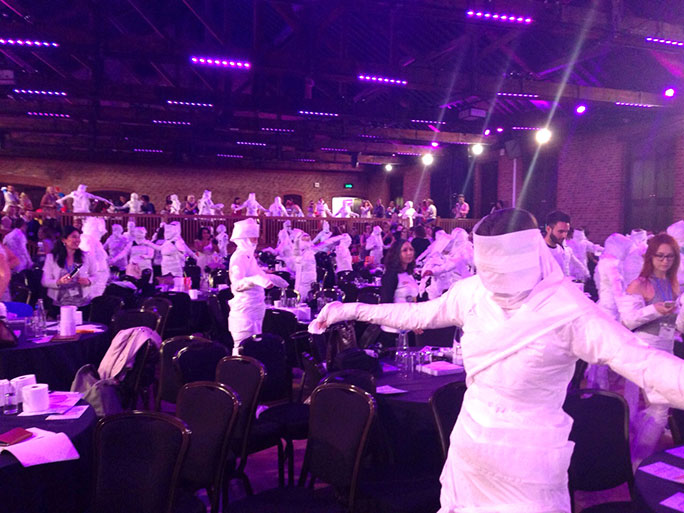 If you're reading this and have enough people coming, you better nip down your local store to stock up on loo roll!

If you fancy trying any of these over the Halloween period then good luck, and have fun!