Look up in the sky. Is it a bird? Is it a plane? No it’s the newest title holder for Largest collection of Superman memorabilia!
Marco “Superman” Zorzin has soared into the new Guinness World Records Blockbusters! 2017 book with his record breaking superhero collection with a total of 1,518 Man of Steel-related items. 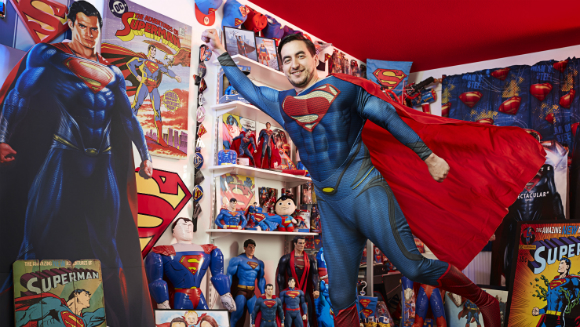 Originally from Brazil, the 30-year-old sign fitter currently lives in Wheathampstead, Hertfordshire, UK, and has certainly lived the dreams of many DC Comic fans from around the world with his iconic and extensive collection.
Marco's achievement is all the more impressive as he only started collecting Superman related memorabilia just seven years ago. 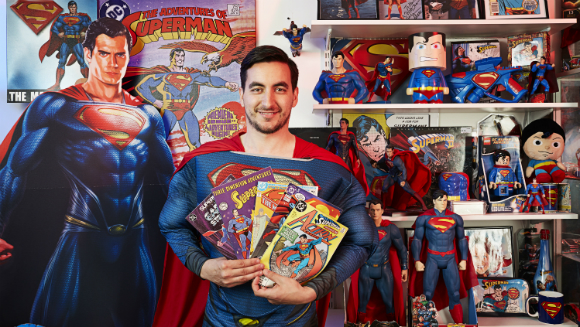 Going the extra mile to show his superhero fan credentials, Marco has even adopted “Superman” as his middle name.
Don’t believe him? It’s listed on his Driver’s License!
Many wonder what has driven Marco to pursue such an all-encompassing collection, but it all stems back to his childhood where he worshipped the comic book character. His huge interest in the iconic DC Comics character has continued throughout his life, with Marco deciding to start his collection just before the birth of his first child.
The original pieces in his Superman collection included small iron cast figurines.
He was so impressed with them, he wanted more; and in 2015, realised that he might have a shot at nabbing the coveted Guinness World Records title after a friend told him about it.
Upon researching the record, Zorzin was amazed at how close he was to the total number.
As a big fan of the Guinness World Records books, (having almost every annual, including the first), he decided to apply to have his own title.
Marco credits his family, especially his two daughters, his wife, and friend Gary James with helping to build his assortment of Superman items. 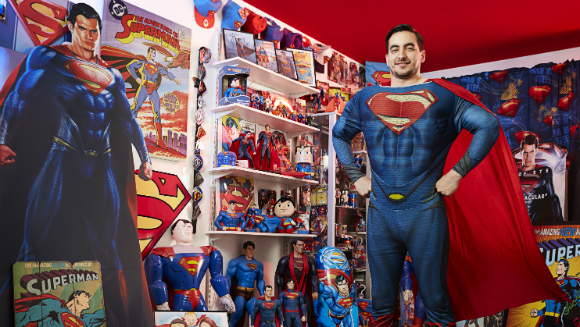 When asked what would be the one item of memorabilia that he would love to add in the future to his collection, Marco explains that  he is looking to obtain a full-sized Superman statue of Christopher Reeve or Henry Cavill, which would stand as the grand centrepiece of his display.
On becoming a Guinness World Records title-holder and being the subject of a feature in the new 2017 Blockbusters! book, Marco can't contain his excitement.,
“It means more than anyone can imagine", he explains.
"When I was around 14, I used to say I’d be in the book for one reason. It feels amazing to be in the book and recognised for what I have collected.”
When Marco is not adding to his collection, he enjoys watching his two daughters play with some of his Superman toys as “they know which ones they can and can’t play with.”
We’re pleased to add Marco to our family of fantastic record holders, and hope his collection of Man of Steel objects contines to grow up, up, and away. 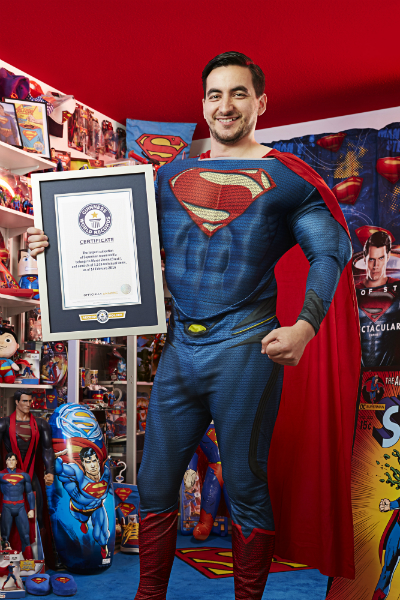 For more information on the records featured in Blockbusters! 2017, as well as access to exclusive content, games, quizzes and tutorials on the record-challenges to try at home, visit our KIDS website.
Don’t wait! If you’re in the USA and want to get started on the terrific content in Blockbusters! 2017, click here to purchase a copy. The book will also be released in the UK and the Australia later this year. 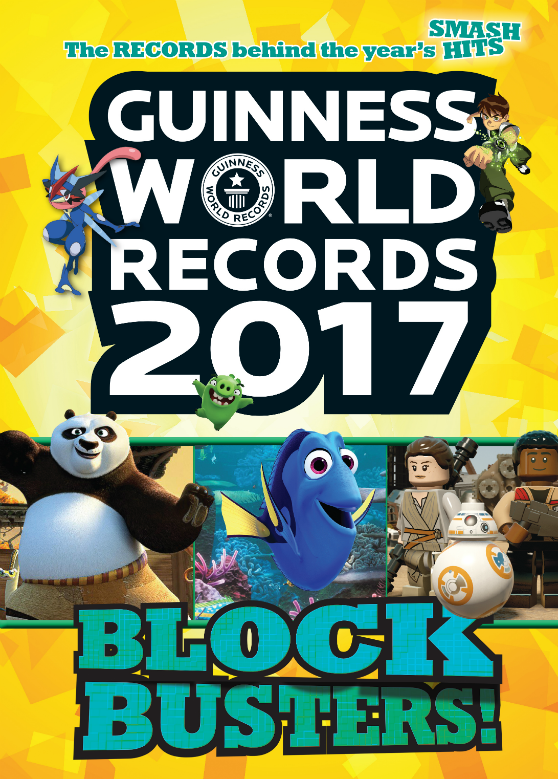