Welcome to the Guinness World Records Italian Show – a weekly video series which features the most astonishing, shocking and awe-inspiring record attempts from the seventh series of Italy’s Lo Show dei Record.
To celebrate the Rio 2016 opening ceremony today, this week’s episode features Italian Olympic gymnast Alberto Busnari who earns a record for performing the Most Thomas flairs on a pommel horse in one minute.
Alberto, who has competed for his country in four Olympic Games since 2000, completed an incredible 50 Thomas flairs.
The gymnast becomes tired towards the end of the attempt and stumbles, but he refuses to give up - demonstrating his competitive sporting attitude. 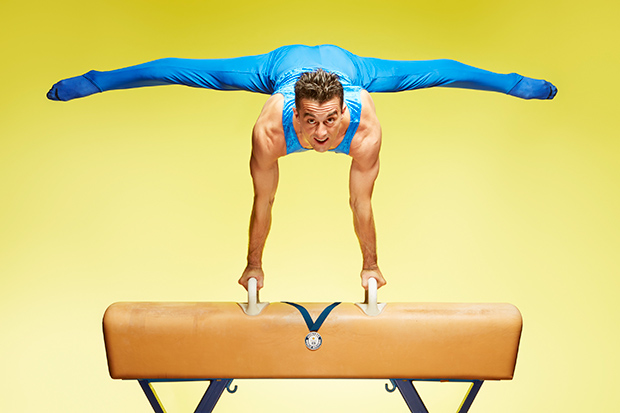 Alberto equalled the record set by fellow Olympic gymnast Louis Smith (UK), achieved on the set of Guinness World Records - Smashed, in London, UK in 2009.
Look out Lewis at the Rio 2016 Games as he is representing Great Britain.
Make sure you don’t miss an episode by subscribing to the Guinness World Records YouTube channel.