Welcome to the Guinness World Records Italian Show – a weekly video series which features the most astonishing, shocking and awe-inspiring record attempts from the seventh series of Italy’s Lo Show dei Record.
Straitjackets are designed to keep you secured inside, so it is almost impossibly difficult to free free yourself from one - let alone when you're submerged in water.
However, escapologist extraordinaire Lucas Wilson from Canada broke his own record for the Fastest escape from a straitjacket underwater in just 22.86 sec on the set of the TV show in Milan, Italy - shaving just 0.3 seconds off his earlier time. 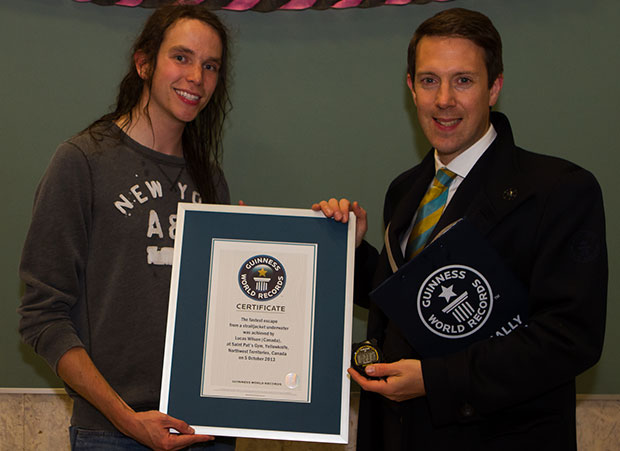 Lucas performed the Fastest escape from a straitjacket in suspension (no chains) at the Holy Trinity Catholic High School in Ontario, Canada, on 8 June 2012. In a rapid 8.4 seconds, the talented illusionist managed to wriggle free from a Green Posey straitjacket – while suspended in the air by his ankles at a height of 1 m (3 ft 3 in). 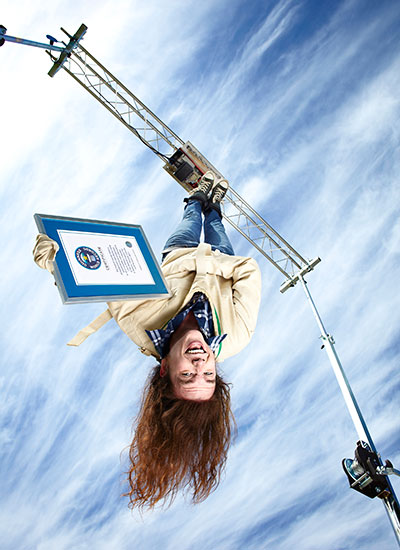 On the same day, Lucas took just 10.6 seconds to achieve a Guinness World Records title for the Fastest escape from a straitjacket in suspension and chains.
He said: “I need to be able to calm myself and not panic, because if I panic then I’m going to mess up the entire thing I’ve been practicing for.”
Make sure you don’t miss an episode by subscribing to the Guinness World Records YouTube channel.