Christopher Tin (USA), who composed the song “Baba Yetu” for the video game Civilization IV, has just been presented with a certificate recognising his Guinness World Records title First videogame theme to win a Grammy award. The song won a prize in the category of Best Instrumental Arrangement Accompanying Vocalist(s) in 2011.
The certificate was awarded to him at the Lincoln Center in New York City during a performance organized by Distinguished Concerts International New York (DCINY) - an organization that produces concerts in renowned venues. 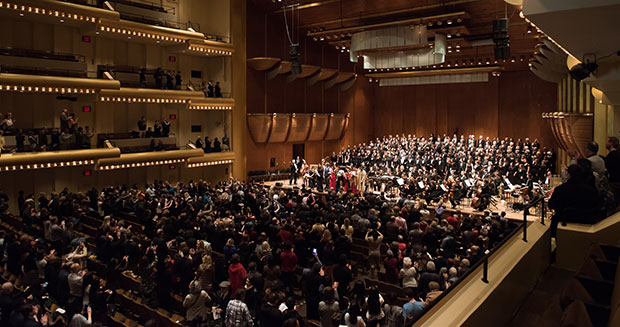 The track is also included on his 2009 album, Calling All Dawns, which is how it became eligible for a Grammy in 2011.
The piece features the Soweto Gospel Choir and the Royal Philarmonic Orchestra. 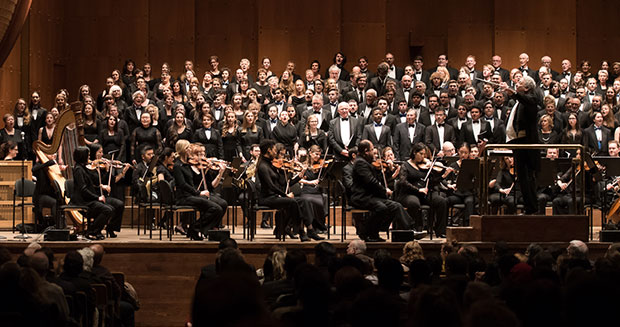 Christopher had been a long-time Civilization player, having played the game since its very first incarnation back in the 80s.
He was contacted by the developers of the game about composing the theme song and was extremely excited about the opportunity since this was his first time composing a theme for a videogame.
Tin had the chance to see visuals from the game and was inspired from them to write the composition. 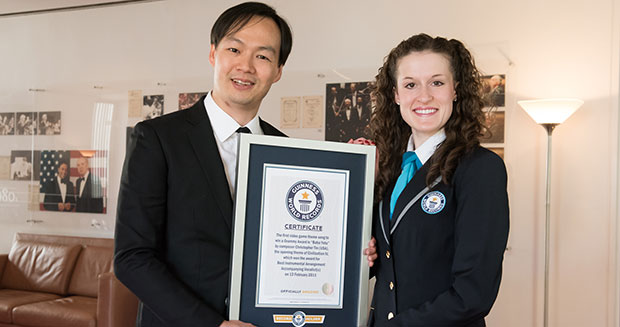 When asked about becoming a Guinness World Records title holder, Tin said that it “feels amazing. It’s quite a privilege for me, but I really think this honor needs to be spread around the rest of the video game music community because there is a lot of great music being written for video games.”
He also discussed his hopes that more videogame theme songs will become award-winning in the future and that videogame music will become recognized as an art form.
All pics: ©Nan Melville