Video: Meet Ludo, the longest cat in the world

Ahead of National Cat Day which is celebrated in the US on Saturday, we’re shining a light on one pet that has earned a place in the new Guinness World Records 2017 Edition for its jaw-dropping size.
Ludo, a Maine Coon who lives with his owner Kelsey Gill in Wakefield, UK, is the Longest domestic cat (living), measuring an astonishing 118.33 cm (3 ft 10.6 in) long.
Kelsey decided to get a Maine Coon after falling in love with the huge tabby-coloured cats that featured in the Harry Potter movies.
She got Ludo when he was just 13 weeks old – and it wasn’t long before she noticed he was the same size as Maine Coon’s much older than he was. 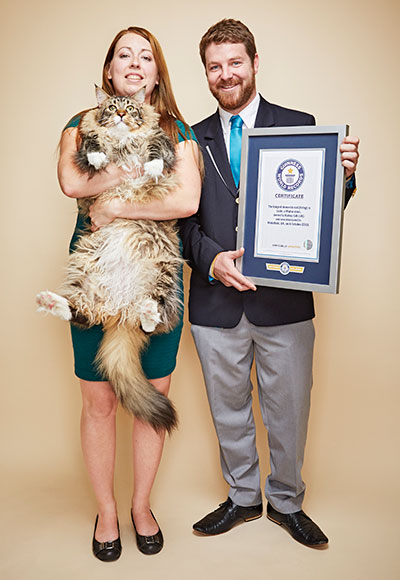 Ludo and Kelsey are presented with an official record certificate by Guinness World Records adjudicator Richard Stenning
Ludo is a lively cat, but due to his big size he is not as agile as smaller felines. He is so huge that Kelsey has to put him in a dog carrier when they travel.
Speaking to Guinness World Records during Ludo’s photoshoot for the Guinness World Records 2017 book, Kelsey said that one benefit of her cat’s impressive size is that she can always find him. 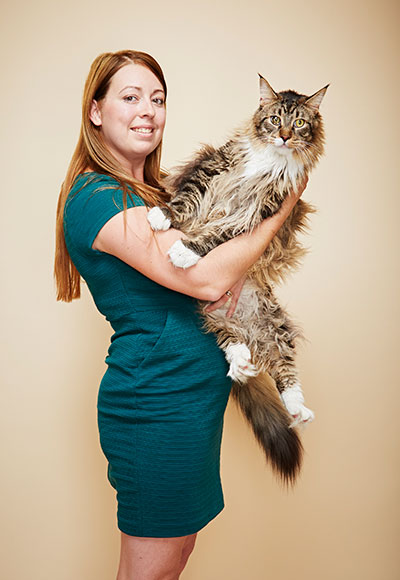 However, Ludo is still almost 5 cm smaller than the Longest cat ever, fellow Maine Coon Mymains Stewart Gilligan, aka “Stewie”.
Owned by Robin Hendrickson and Erik Brandsness from the USA, Stewie measured a whopping 123 cm (48.5 in) long, but he sadly passed away in January 2013.
Ludo features in the Guinness World Records 2017 Edition alongside loads of record-breaking pets. 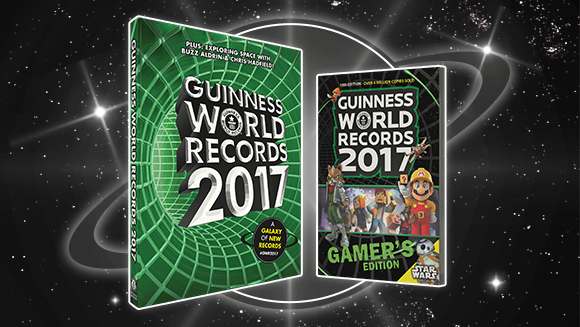