A long-term resident of South Florida Museum, USA, and an ambassador for wildlife preservation, the Bradenton, Florida marine mammal is sure to have plenty of friends to share his birthday celebrations, with fans from all over the world each year inundating Snooty with birthday cards to congratulate him and the museum on his grand old age.

In terms of age, according to Florida Fish and Wildlife Conservation Commission which monitors manatee populations and performs routine necropsies/post-mortems, the oldest aged wild Florida manatee was 59 years old – with the next oldest having reached 48 years of age. On average, manatees live to around 40 years old in the wild. As a species, manatees are endangered and listed as vulnerable to extinction due to hunting and common occurrences of collisions with sea vessels. 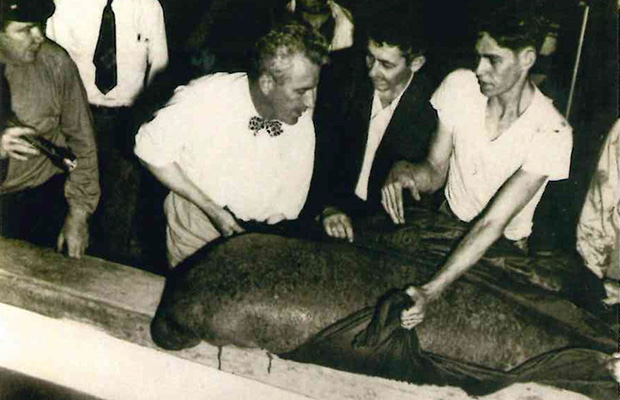 According to the museum, Snooty's birth 1948 at Miami Aquarium and Tackle Company was the first ever recorded manatee birth in captivity.

Over time, tame Snooty has bonded with visitors and staff. As South Florida Museum communications manager Jessica Schubick puts it: "He's definitely more interested in people than other manatees. He doesn't really seem to form bonds with other manatees, but doesn't seem to mind them. He really likes people." 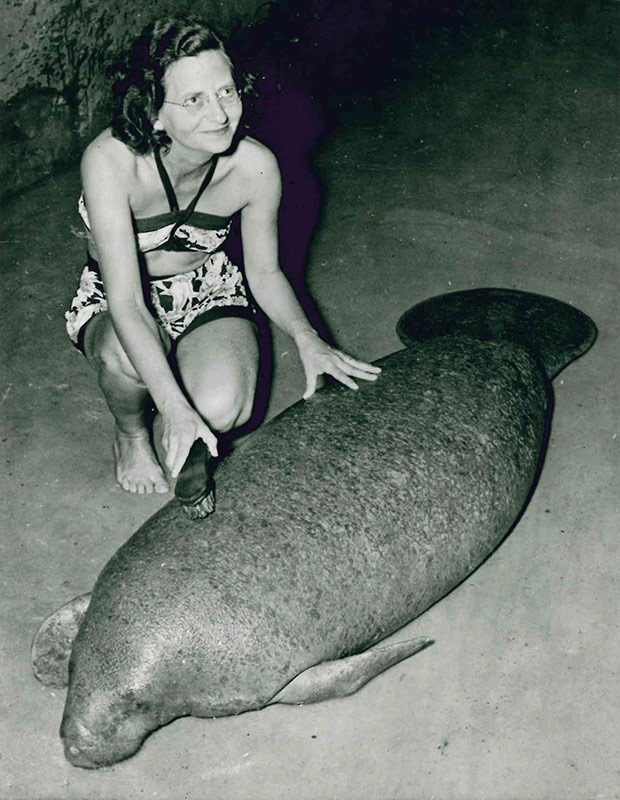 Ravenous herbivores, Snooty and his three male manatee companions consume over 80,000 lbs. of romaine lettuce and vegetables each year at a cost of over $80,000 and live in a 60,000 gallon aquarium facility. Snooty himself gets through an impressive 70-80 lbs. of vegetables each day. 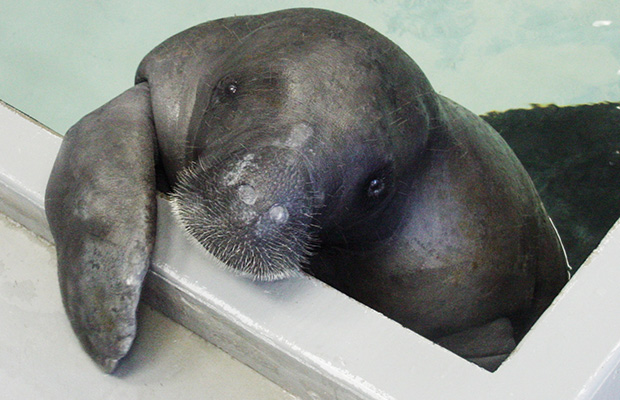 “Snooty is a one-of-a-kind animal," said Brynne Anne Besio, CEO of South Florida Museum. "Not only does he make history every day as the oldest-known manatee in the world, but he also provides valuable insight into the health and life cycle of all manatees.” 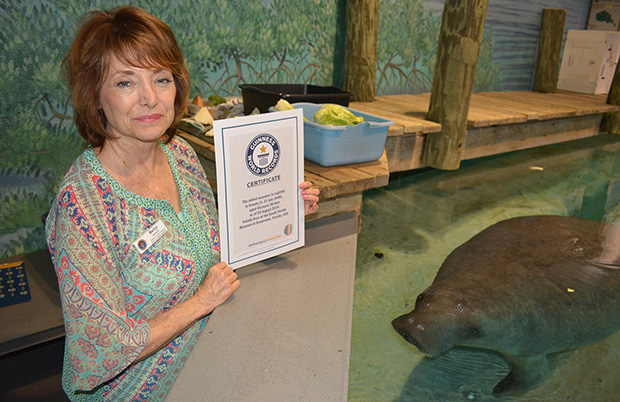 Manatee fans around the world can also check in on Snooty's exploits, including feeding time, through South Florida Museum's live webcam.