Twenty-year-old Jeison Orlando Rodriguez Hernandez of Venezuela has claimed the title of Largest feet on a living person – male. His feet measure a mighty 40.1cm (1 ft 3.79 in -right foot) and 39.6cm (1 ft 3.59 in - left foot).
That equates to US size 26! Student Jeison discovered around his ninth birthday that his feet were significantly larger than his friends as they would often compare sizes, with Jeison coming out on top each time. 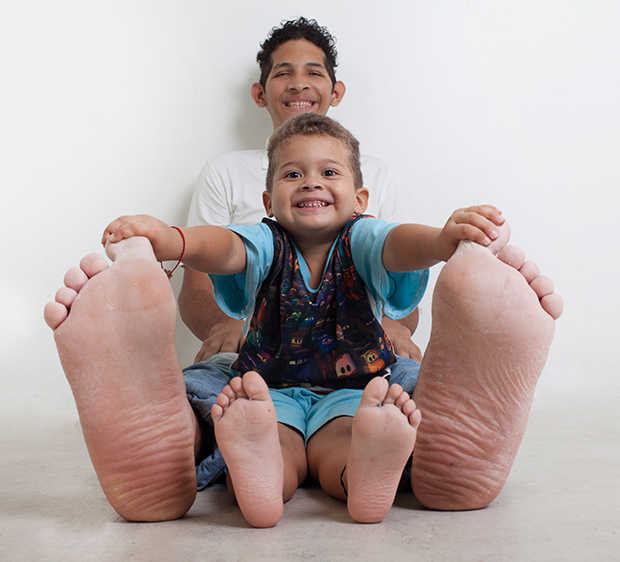 With bigger feet than even Sultan Kosen, the worlds’ tallest living man (a mere size 24), Hernandez has to order his custom made shoes from Germany to find a fit. 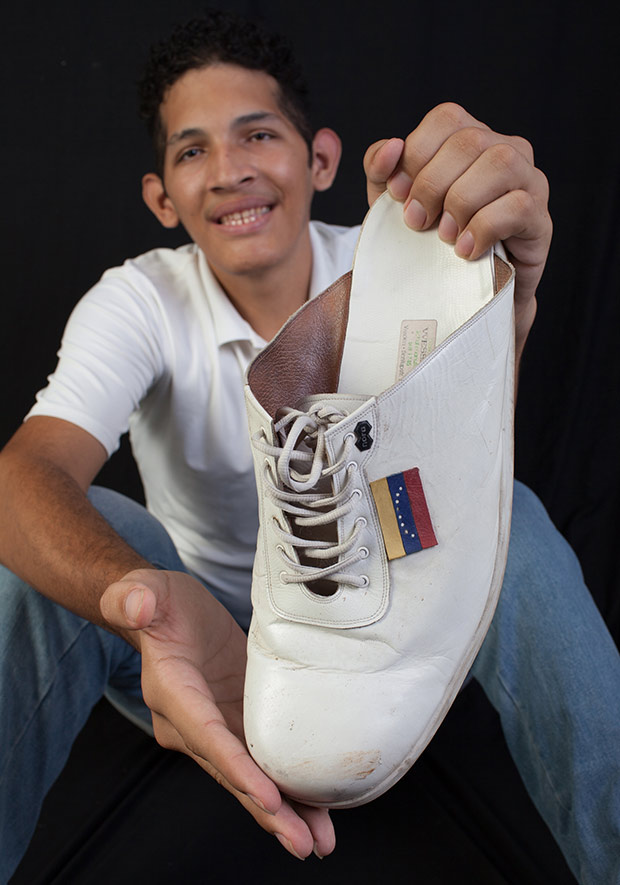 Jeison first got in touch with Guinness World Records through our Facebook page. After exchanging details with our talent team, GWR's Latin America adjudicators went to visit Jeison to verify his claim. 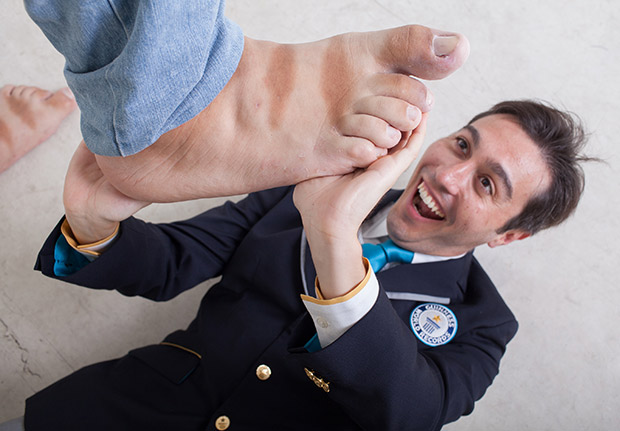 His feet were measured in Maracay, Aragua, Venezuela, on 6 October 2014 and he now makes a star appearence in the Guinness World Records 2016 book. 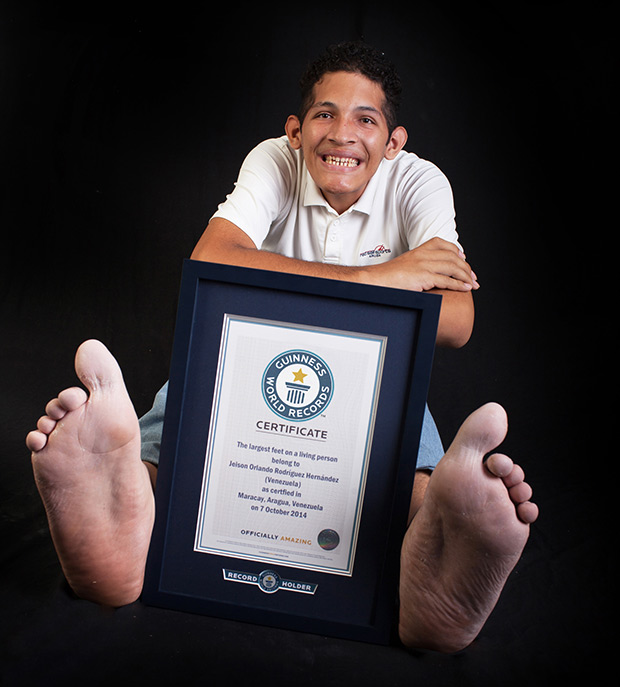 "Since I was 14 years old they made my shoes out of trousers material which only lasted two or three weeks. So sometimes I would go barefoot," he told Reuters. Sadly, Jeison was bullied at school. His family later discovered that the extraordinary growth was due to an overactive pituary gland.
Jeison's left foot has been printed in actual size on the inside back cover of the 2016 book so readers can compare their own foot to the world's largest. 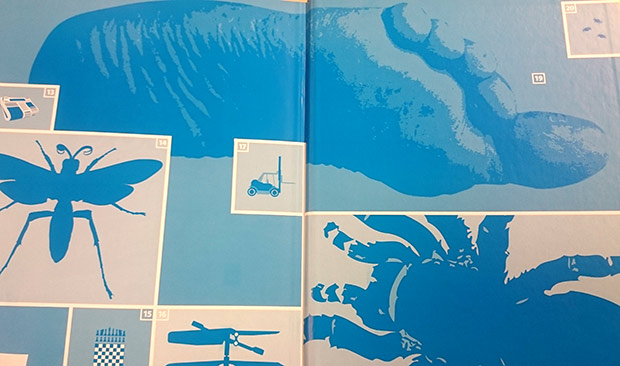 The record was previously held by Peter Iroga from the Solomon Islands, whose left foot measured 37.5 cm (1 ft 2.76 in) and right foot measures 36.5 cm (1 ft 2.37 in). Peter acheived the record title back in 2011.
Watch an interview profile via Reuters/The Guardian in the video below.

Jeison's record appears alongside thousands of other exciting facts and feats in the new Guinness World Records 2016 book, out now. 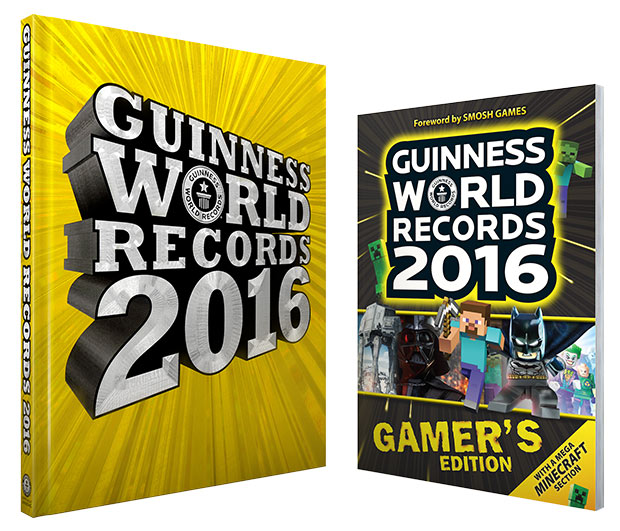