No matter how old you get, there's something timelessly funny about a whoopee cushion.

Knowing that, Cartoon Network France teamed with CanalSat to unleash not just any whoopee cushion on the people of Paris last week - they built the largest whoopee cushion ever. 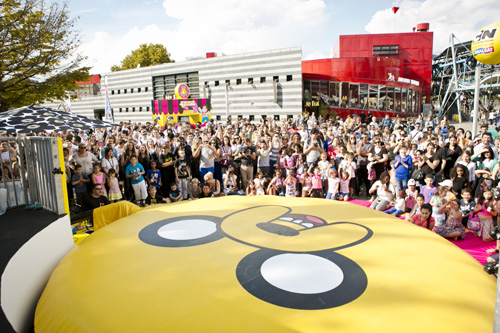 The faux flatulater measured 5.42 m (17 ft 9.39 in) in diameter and was unveiled at the Parc de la Villette, to the jumping delight of adults and kids alike.

For those who have watched any Cartoon Network around the world recently, the image adorning the whoopee cushion should be a famliar one: that of Jake from Adventure Time.

Having the opportunity to jump on Jake in the company of two Cartoon Network mascots proved too good to pass up for many of the kids in attendance. 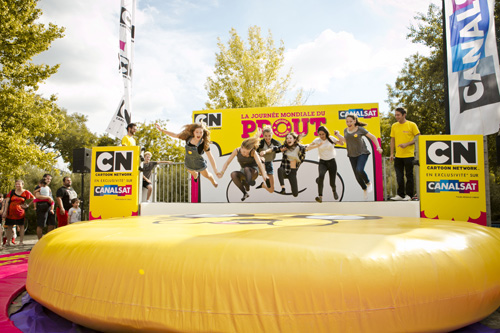 The attempt highlighted what was deemed the "World Day of Prout." To celebrate, the whoopee cushion was joined by other fun-filled activities with Cartoon Network themes, like an Uncle Grandpa zip line and Steven Universe's Big Donut bar, all in addition to other screenings and workshops for kids. 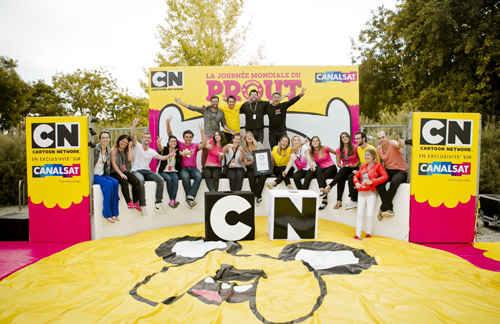 This broke a six-year-old record that had previously stood at 3.05 m (10 ft) in diameter, built by Steve Mesure on behalf of Street Vibe for an event at The Scoop in London on June 14, 2008.

The 60th Anniversary Diamond Edition of the Guinness World Records book is out now! Find out all about it and see record holders like the longest tongue at www.guinnessworldrecords.com/2015