Sad news reached the Guinness World Records offices today, with confirmation that Poppy, the record holder for world's oldest living cat, had passed away at the age of 24.

Poppy was born in February 1990, the same month Nelson Mandela was released from prison and lived through five British Prime Ministers.

She is reported to have passed away on Friday following a problem with her hind legs and a water infection.

Guinness World Records would like to extend our condolences to Poppy’s owner Jacqui West and her family.

Officially recognised by Guinness World Records as the oldest living cat last month, Poppy was originally called Popsy and had two owners in her early days.

Then, aged five, she was adopted by Marguerite Corner and her daughter Jacqui.

At the age of ten, Poppy went with Jacqui who had moved in with future husband Andy West in Bournemouth. 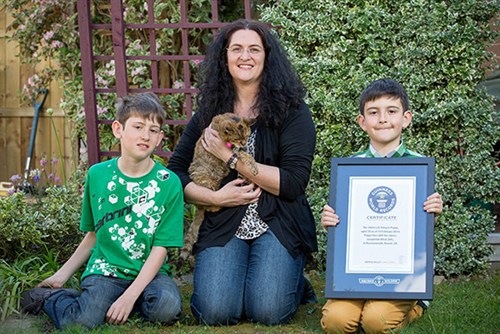 Poppy with Jacqui West and her two sons Joe (left), and Toby (right) earlier this year

Jacqui and Andy went on to have two sons (Joe, and Toby, who are now 11 and eight respectively) with Poppy also going to live with four other cats, two rabbits and a hamster.

Speaking to Guinness World Records last month, Jacqui explained that despite her age and frailty, Poppy was still the boss of the house, swiftly dealing with any other cat if they tried their luck.

Jacqui said: “People always ask what we put Poppy’s longevity down to and I guess she has a good diet and lots of exercise.

“She keeps herself fit by walking around and she eats a lot. She has biscuits in the morning and tinned food later on. She’s never been a big cat though.

“She is partial to the odd takeaway. We sometimes give her a bit of KFC chicken, Fish and chips and even the odd bit of kebab meat.” 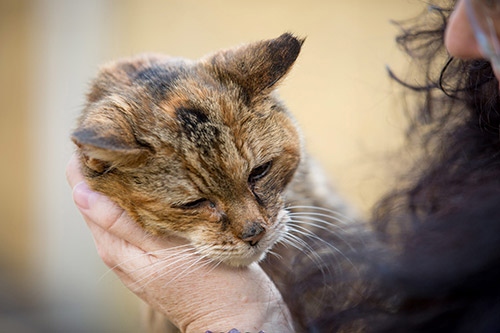 Talking to the Daily Express, Jacqui, said that while the family were expecting Poppy’s death following recent ill health, they were nevertheless devastated at their loss.

She said: "We knew she was old but it's still very upsetting.

"She had a bad week last week. She was on antibiotics on the Wednesday because of a water infection and her back legs just seemed to let her down. She wasn't herself at all.

"She passed away on Friday at 3.30pm. I had spent the whole day with her as she was particularly poorly. 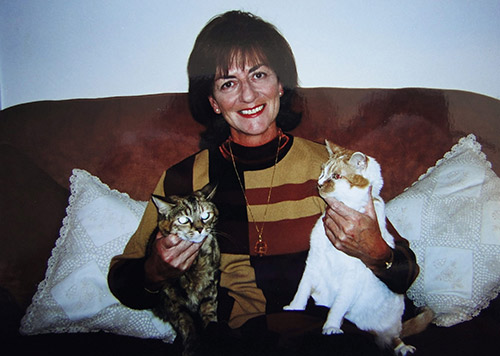 "We knew it was going to happen but we're all still completely devastated. It's only just starting to sink in.

"It's great she managed to get the World Record before hand, it's almost like she was purposely hanging in there”. 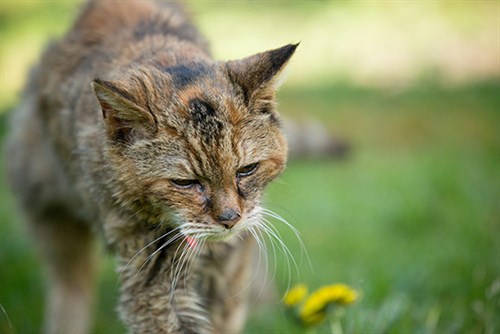