In the mood for more record-breaking comics? Check out the record broken by Marvel with its Deadpool wedding cover and then check out our Q-and-A with legendary Captain America illustrator Ken Bald, the oldest comic book artist.

On the surface, it seems like Andrew Garfield's Peter Parker has things under control as Spider-Man.

The Spidey sequel hits American theaters Friday, but we're already worried that Peter might soon need a mental health day with such a heavy workload. With that in mind, here are six record holders who can bring some of the goods to the superhero table. Because with a great record comes great responsibility.

The 51-year-old Robert already owns the nickname: he calls himself " The French Spiderman." 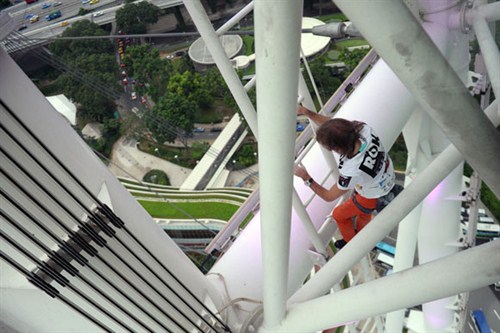 And you have to hand it to him, some of his real-life stunts are things you'd only expect to see in CGI at the nearest IMAX. Among the achievements in his decades-long career are climbing the Eiffel Tower, Petronas Towers, and Empire State Building -- all with no equipment outside a bag of climbing chalk and his climbing shoes.

Two world records sum up Robert's career and abilities. On March 28, 2011, he took on the world's tallest building with the fastest unassisted solo climb of the Burj Khalifa in 6 hr 13 min 55 sec. And, thanks to his proclivity and more than 100 structures ascended, Robert also owns the record for most buildings climbed unassisted.

To fill Spidey's spandex, you also need to be daring and skilled not just going up buildings, but between them. Enter Philippe Petit (what is it with these heights-loving Frenchmen?!). In perhaps the most famous tightrope walk of all-time, Petit broke the record for highest tightrope walk (ground supported) with his 411 m (1,350 ft) high crossing between the former towers of New York City's World Trade Center in 1974. 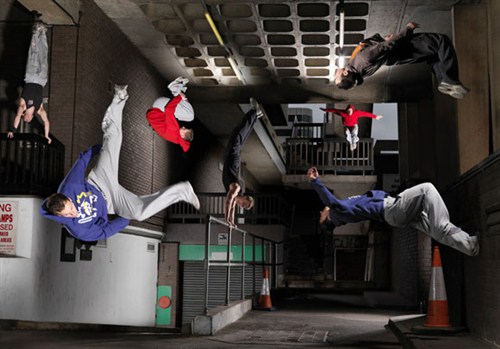 Spider-Man rockets between and around buildings, busses, and bad guys with extreme agility and quickness, but he has the advantage of those spiderwebs. Someone like Sam Parham (and his sometime-conspirators, see below) does it all on his own. A member of the parkour team 3Run, pictured above, Parham holds two records: the longest distance vaulted between two objects at 2.35 m (7 ft 8 in) and the longest running vault to vault (standing) at a distance of 2.57 m (8 ft 5 in). 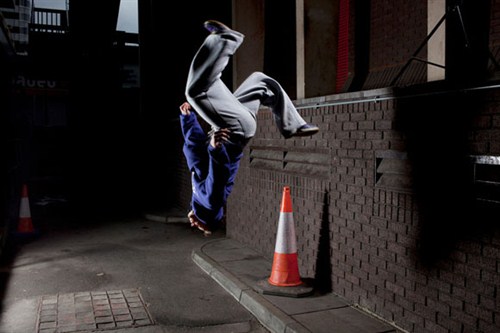 Cane, Cole, and Chase...they sound like a superhero team already. Those are the three Armitage brothers and, along with Parham and others, they've put their names all over the Guinness World Records books for their agile parkour feats as part of the 3Run team. They each have an indivual record to their name:

Lastly, between all the web slinging and wall-climbing, hand speed is of paramount importance. And very few can match young William Orrel. The teenager (hey! just like Peter Parker!) is the current record holder for the fastest 3-3-3 individual stack (1.436 sec), fastest 3-6-3 individual stack (1.902 sec), and fastest individual cycle stack, which you can watch in 5.303 mind-binding seconds above.