The 57-year-old’s attempt took place on Friday in New Mexico, with reports claiming that the search engine giant's senior vice president leapt from a large helium balloon at a height of 41,420m (135 892.3 ft) above the earth.

If verified, it would see Eustace, an experienced pilot and parachutist, surpass Austrian Baumgartner’s benchmark for the farthest distance in freefall record of 38,969.4 m (127,852 ft). 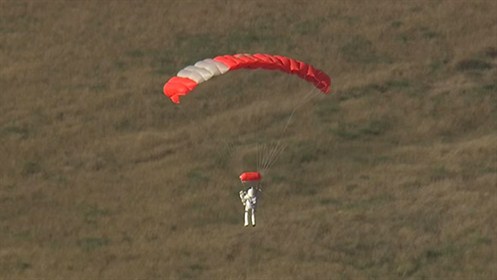 Although Eustace’s reported freefall speed of 1,300km/h would be slightly slower than Baumgartner’s fastest speed in freefall record of 1,357.6 km/h (843.6 mi/h), he too is said to have exceeded the speed of sound, in turn setting off a small sonic boom.

Eustace’s ascent is understood to have taken two hours.

Whereas Baumgartner journey to the edge of space took place inside a pressurised capsule, Eustace made his ascent in just a spacesuit connected to his helium ballon.

Upon reaching the desired altitude, Eustace severed his connection to the balloon with a small explosive charge and fell to Earth, with his freefall reported to have lasted a total of four minutes and 27 seconds. 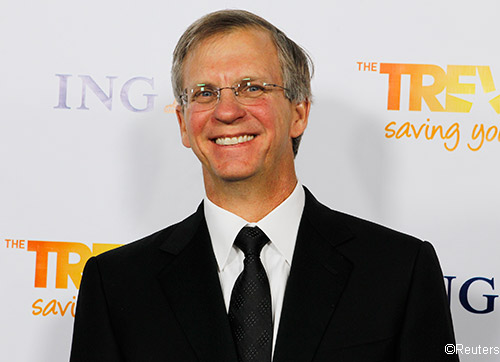 The record attempt was part of a project led by Paragon Space Development Corporation, which aims to develop a self-contained commercial spacesuit that would allow people to explore some 20 miles above the Earth’s surface.

Unlike Baumgartner’s high profile leap from the edge of space in 2012, the live stream of which set a record for most concurrent views for a live event on YouTube with 8million viewers, Eustace’s skydive was a much more low key affair that was kept secret until after the attempt was made.

Guinness World Records is currently in discussions with the FAI, the world governing body for air sport , in order to verify if Eustace has indeed beaten Baumgartner’s record. Stay tuned to Guinnessworldrecords.com for confirmation of the verdict.