What is the best video game of all time? It’s a question constantly argued by gamers around the world, and now Guinness World Records is stepping in for the definitive answer.

We’re giving our readers the chance to have their say with a worldwide vote to find out which computer game classic deserves the accolade.

Any game is accepted, so which will get your vote?

Will it be a trailblazing early arcade game like Space Invaders, Pac Man or Tetris? Or perhaps a breakthrough console game like Super Mario Bros, Legend of Zelda: Ocarina of Time, or Final Fantasy VII?

Maybe you’d opt for a sports simulation such as NBA Jam or FIFA 13, or a shooter like Call of Duty: Modern Warfare?

You can cast your vote in the link below. Voting closes on 25 th September 2013.

As an extra incentive, all those who vote will be in with a chance of winning a great prize. 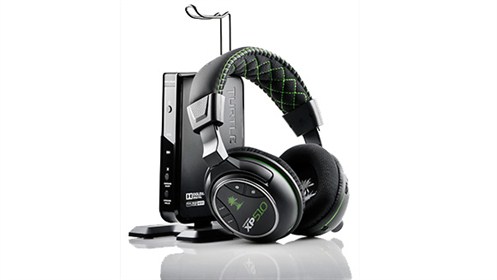 With over 35 years of audio experience, Turtle Beach has helped a lot of gamers get the most immersive experience out of many many games and their Ear Force XP510 is their latest and greatest fully wireless headset. It's interference-free, Dual-Band Wi-Fi, Dolby® Digital Surround Sound and the most advanced gaming audio system Turtle Beach has ever created.

With up to 15 hours of continuous play from the rechargeable battery, you can also stream music to your headset via Bluetooth, answer calls from your phone, enjoy incredible theatre audio with its unique Movie preset and take your headset anywhere connected to your mobile, tablet or portable game system.

We’ll be announcing the winning game of the vote in the Guinness World Records Gamer’s Edition 2014. On sale at the end of the year, as well featuring results of the poll, the seventh instalment of this best-selling videogames almanac will feature poll results as well as loads of official gaming records, trivia and exciting features.

For full terms and conditions, can be found here.

To find out more about the XP510, click here or visit https://www.facebook.com/lebeach